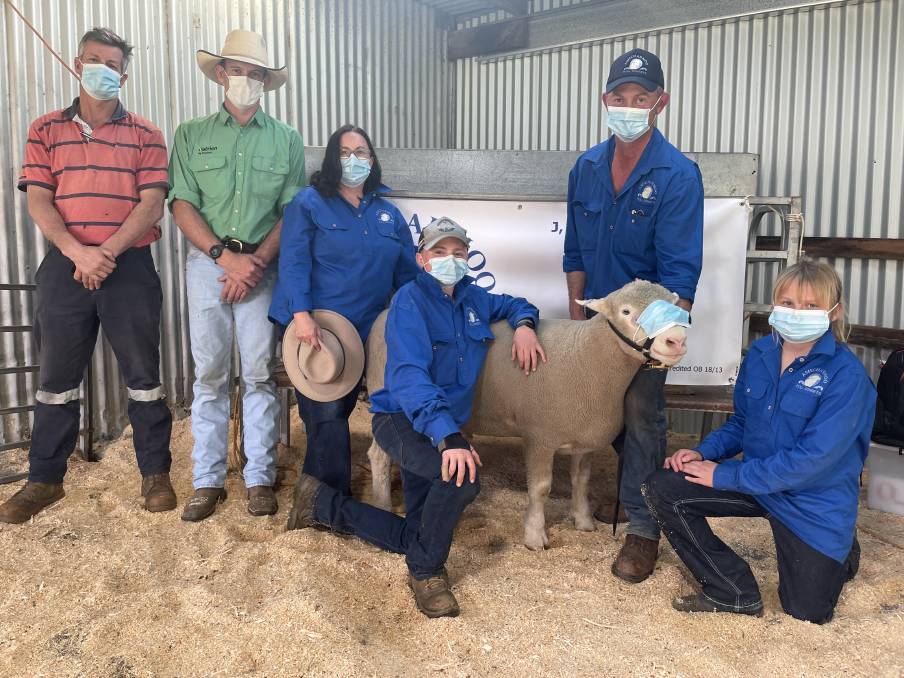 The Marulan stud said although the sale was impacted by COVID-19, they were happy with the results, with buyers from across the local region participating.

He was by Armdale Park 170163 and out of an Armdale ewe - showing off an eye-muscle area of 43.66 square centimetres and weight of 135 kilograms.

His purchaser Stewart Keith said he spotted the ram on the show circuit and he was one of six rams they bought on the day.

The equal top-priced ram, Ashcharmoo 200159 was bought by James Tinham, Goulburn via AuctionsPlus.

He was awarded the best Poll Dorset spring ram at Yass and reserve champion ram at Goulburn and Taralga Shows.

Ashcharmoo also offered 16 2020-drop Poll Dorset ewes, all of which were snapped up by Talumbi Herefords, Yarra for $300 a head.

Selling agents were Nutrien Goulburn with Daniel Croker as the auctioneer.