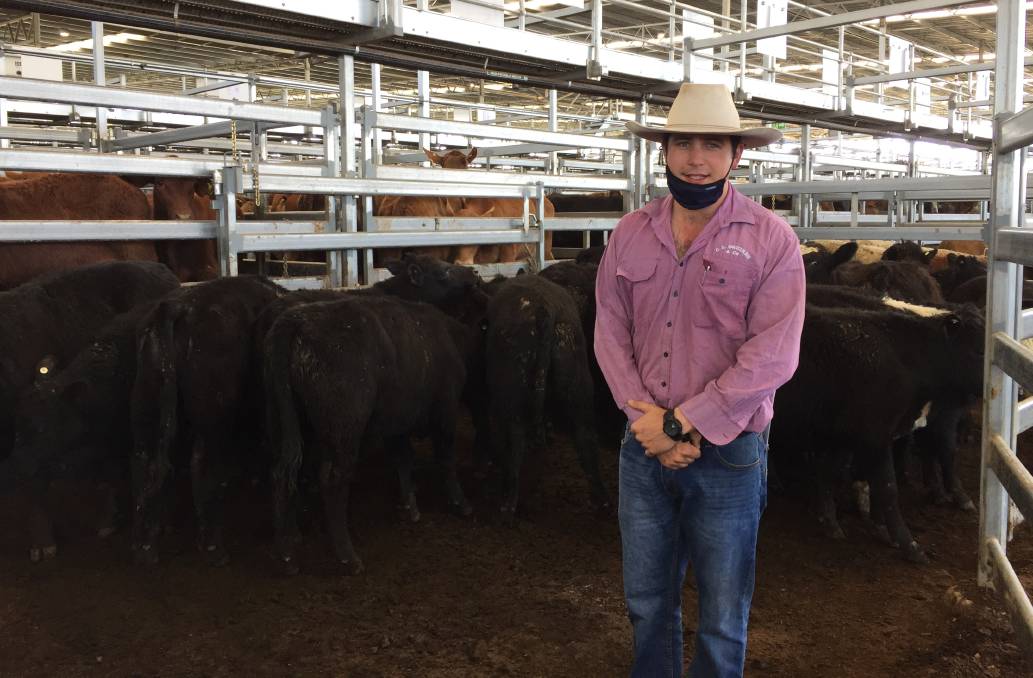 CL Squires and Company agent Will Claridge, Inverell, with a pen of Angus-cross steers offered by Clerkness Pastoral Company, Bundurra, which sold for 727c/kg at the Inverell September store cattle sale.

PRICES remained firm at this month's Inverell store cattle sale as about 760 head of cattle went up for bids on Thursday.

Competition among restockers and lot feeders was strong for the yarding that was up by about 20 from the August sale.

Steers once again stole the show, reaching a sale high of 727c/kg for Angus-cross steers with an average weight of 219kg offered by Clerkness Pastoral Company, Bundurra, to total $1594 a head.

Another highlight of the steer section was a run of Santa Gertrudis-cross steers with an average weight of 237 kilograms offered by BD Fegan Pty Ltd, McKinlay, Queensland, which sold for 696c/kg or $1651.

Prices for steers weighing from 200kg to 300kg remained firm from last month's sale, ranging from 650c/kg to 727c/kg and averaging around 680c/kg.

Overall, 266 steers were sold during the sale at an average of about 590c/kg.

CL Squires and Company agent Robbie Bloch, Inverell, said prices were very strong despite most cattle being of plainer quality.

"A lot of the cattle were plainer condition cattle that hadn't seen any crop through the winter and had been weaned for four or five months," Mr Bloch said.

"As a result, they were a bit lower in the weights compared to frame but it was a good opportunity for people to buy some plainer cattle and there was some better conditioned cattle there that mostly came out of the Glen Innes region.

"In saying that, it was still very strong and I would go as far as to say that the prices at Inverell over the past few months have been as strong as anywhere." 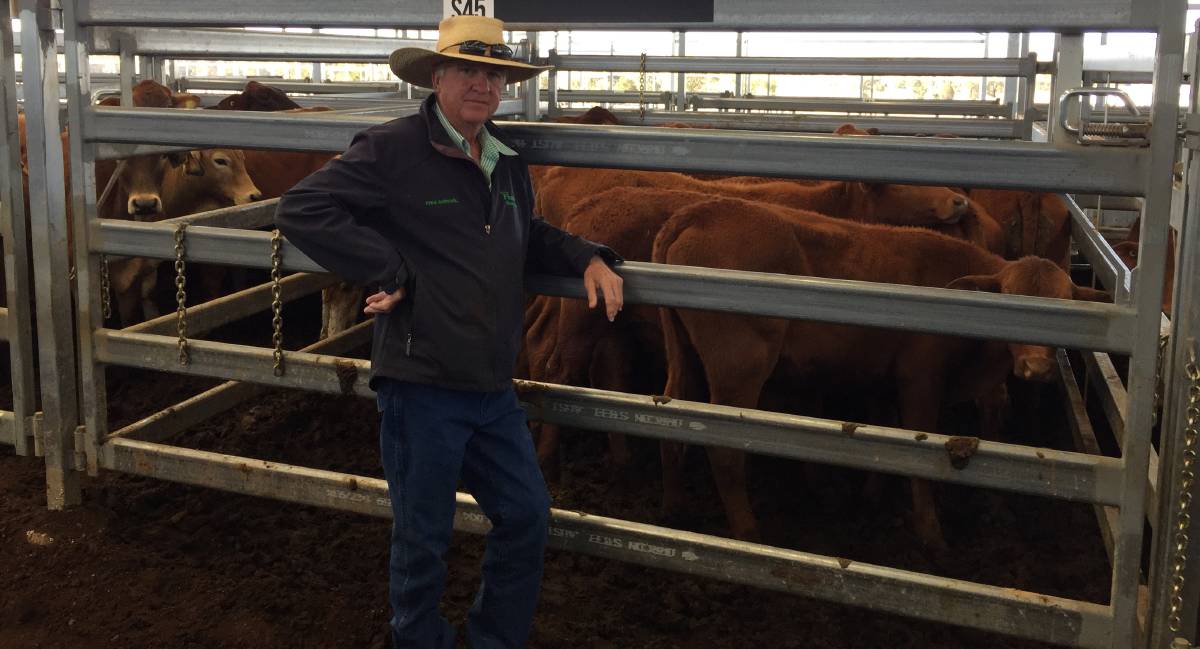 Light heifers weighing from 200-300 kilograms made up the majority of the heifer market, representing 352 of the 425 head on offer.

Competition was fierce in that category as prices ranged from 573c/kg to 716c/kg, while most averaged about 603/ckg.

All told, 425 heifers across the different categories were sold from 518c/kg to 629c/kg and averaged about 570c/kg.

"There was big pens of plain black heifers that were selling for more than 700c/kg and their quality was pretty fair," Mr Bloch said.

"I would say, those lighter heifers were on par with any market report I've seen anywhere from online or at a physical market.

"Most of the locally produced heifers ranged from 620c/kg to that 716c/kg, which is really serious money.

Mr Bloch said about 70 cows and calves were offered at Thursday's sale while no pregnancy-tested-in-calf cows were entered.

"We didn't have terribly many big pens of cows and calves, I think the biggest may have been about 40 while the rest were sort of in twos or fives," he said.

"They still sold pretty well though with the best making more than $3000 a unit, while plenty of older cows made about $2800."