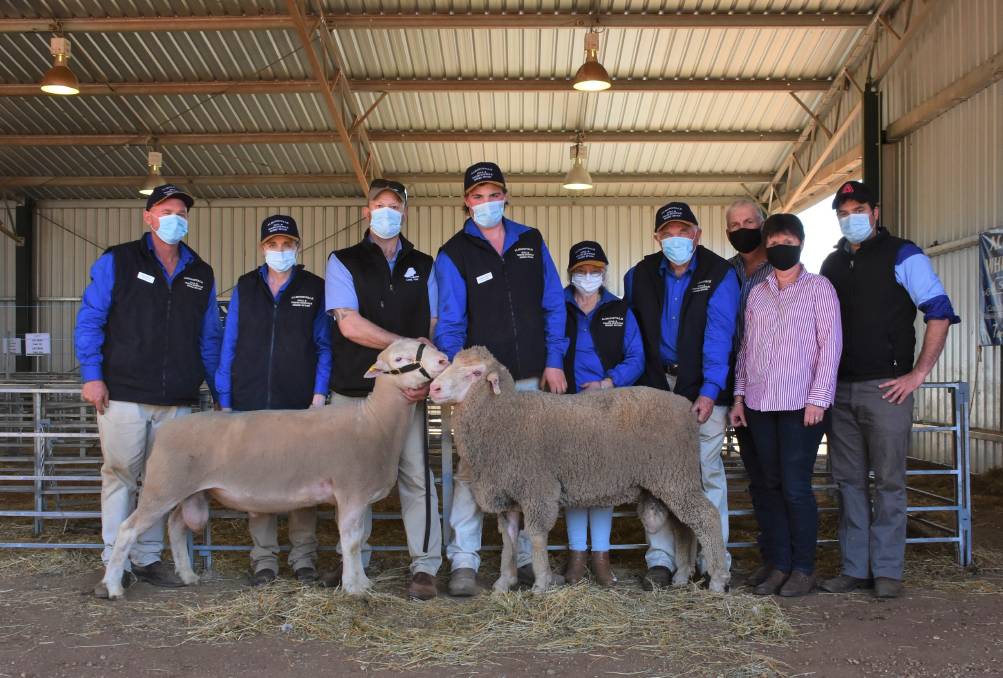 With a large crowd was in attendance, with keen bidding pushing a Poll ram to top the sale at $6500 while the White Suffolk high-seller reached a top of $4500.

Bidding was strong throughout the Poll sale, with buyers commenting on the stylish wool that was wearing extremely well.

In the breakdown, 63 of the 65 poll rams offered sold for an average of $2963 while an increased offering of 30 more White Suffolk rams resulted in a complete clearance of the 120 offered for a $1643 average, with many return clients plus new buyers in attendance.

The sale was conducted by Landmark with Peter Cabot and Tim Woodham as auctioneers.

Full report in next week's The Landnewspaper.