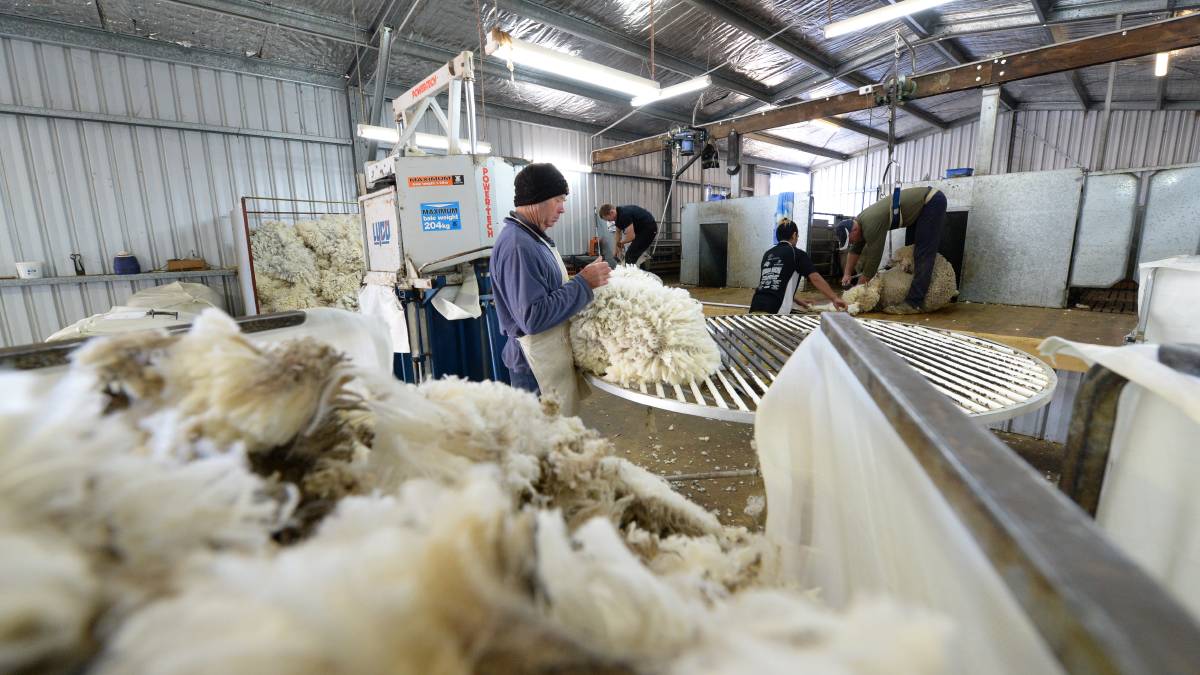 Wool business is ticking along and there is a sentiment of general optimism.

Just enough wool business is being written for people to remain generally optimistic.

The yo-yo has returned.

It is not dramatic, but the wool market is starting to bounce up and then down, week-in and week-out.

After a 20 cents a kilogram fall the previous week, a bit of business was done at auction sales last week.

Then quantities were pruned-back, which was in line with the drop in price and growers deciding that now is not the best time to sell.

So, there was a 30c/kg jump in national prices. This was a little too much, too quickly in the opinion of most in the trade.

So, predictions for this week ranged from "just firm" conditions, to a few cents off.

And so the yo-yo goes on.

Last week, there was a fairly consistent 30c/kg rise across all the Merino fleece categories.

But a couple of the indicators in Melbourne, in particular, did get pushed out of whack by a few Responsible Wool Standard (RWS) accredited clips.

The 21 Micron Price Guide in Melbourne seemed to be about 30c/kg too high for most people.

But a more typical selection of wool in coming weeks should re-align things again.

The scarcity of RWS accredited wools is pushing up the premiums for these types significantly.

When the orders have been filled, or more growers are accredited, the premiums will normalise.

About 10 per cent is generally accepted as the price premium.

But on occasions such as last week, an extra scarcity factor of about 5pc seemed to be added.

Not having a Cape sale in South Africa no doubt contributed to the scarcity factor, as typically 50pc of the Merino clip there has been accredited to one scheme or another.

And Argentina is approaching 100pc of its Merino clips being sold through RWS accreditation - or will be by the end of the year.

Different retailers are chasing and promoting different methodologies, and it is always going to be difficult for the production sector to pick which scheme is going to be most in demand.

Everyone has a story to tell about their accreditation, the values behind it and what the consumer is willing to contribute.

Given the current state of the market - with China quiet and Europe relatively active - we are seeing what some consider to be a top-heavy accreditation scheme, or specialty market.

The Europeans simply know how much of this particular wool they will need in the next six months and are working to procure it now.

We are also seeing some organic orders in the market under the GOTS system, which is the only remaining valid global organic accreditation for wool.

Similarly, there seem to be a lot of RWS orders in the market as the Europeans, and Italy in particular, try to fill their orders to avoid getting squeezed later in the season.

The business that was done after last week's wool auctions is certainly a little less in volume than at the same point the previous week - hence the expected "yo-yo" movement.

There is enough business being written for people to remain generally optimistic about the longer term.

The majority of the Chinese spot business is for carbonising types, and other short wools for knitwear. There is only a smattering of fleece inquiries.

China is relatively quiet overall, which is expected at this time of year.

But Italy and Europe, in general, are making up for lost time and buying quite heavily.

They are seeking quick delivery and sometimes not even waiting for a sample, such is the haste to get wooltops in front of their spinning machines.

Chinese mills are hopeful that some of the recently announced government stimulus is directed towards the textile sector.

But nothing has been said officially yet.

China's slowing economy is certainly causing a little angst among the textile fraternity in China, as is the cloud of another COVID-19 wave.

This may eventuate as the weather cools down, or - more likely - the government's harsh control measures, which would see any local infection squashed with immediate and total lockdowns.

How long the policy of zero cases and basically closed borders can be tolerated or pursued in a country as large as China will be interesting.

It will certainly mean that no international visitors or suppliers will be attending the Spin-Expo and Intertextile exhibitions in October in Shanghai.

Web-based exhibitions can only go so far to generate the excitement and enthusiasm about the new collections.

We had to use these across the globe last year, but many were hoping for a return to something more "normal" this season.

In Europe, countries have more or less got there - but with no Asian input at this season's fairs.

So, we have a very disjointed fashion industry at present as a by-product of COVID-19.

How that impacts on the demand for wool in the coming season is something still to play out.

Hopefully the ingenuity of the trade can overcome these issues.

Most of the world's chief financial institutions seem to be pushing to wean their economies off the money printing that has been coming from these entities with gay abandon for the past 18 months - or longer in some cases.

Everyone knows that this can not continue forever and, even in the USA, they calculate that they are now reaching full employment.

This means the money printing and stimulus still in the pipeline could lead to an inflation outbreak at some point. This is something that every Reserve banker is keen to avoid.

But closing down the stimulus pump too early could also cause a negative confidence jolt.

How much slower the Chinese economy gets is something that would have certainly been on the agenda for the 90-minute telephone chat between US President Joe Biden and Chinese President Xi last week.

Hopefully, a little more cooperation - and a little less "agro" - will have also been decided on, so that the consumers around the world can get back to what they do best - consuming.

The outlook for the textile trade looks good - but not fantastic - given the economic frailties in various systems.

But some restorative calming salts from those at the top would certainly not go astray at a time like this.