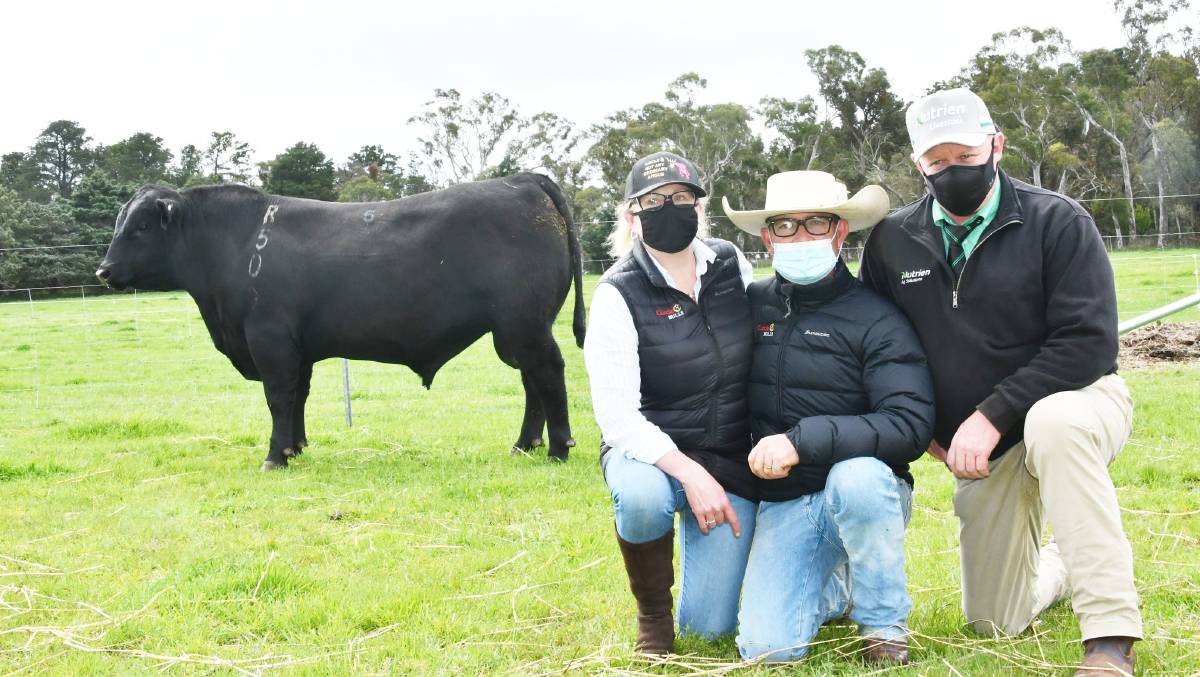 The record for an inaugural on-property British breed bull sale average was smashed on Monday as Circle 8 Angus recorded a stellar $16,733 average in their first outing at auction for their Angus bulls.

The record for an inaugural on-property British breed bull sale average was smashed on Monday as Circle 8 Angus recorded a stellar $16,733 average in their first outing at auction for their Angus bulls.

Backing the top average was some solid action at the top-end with the top-bull soaring to $55,000 as buyers chased maternal lines, phenotype and genotype in a bull package they believed would give them longevity in their cattle herds.

The sale passed with a high distinction following on from some solid performances with cattle topping and selling in previous years at the Sydney Royal Angus Sale as the team at Circle 8 geared towards this sale. 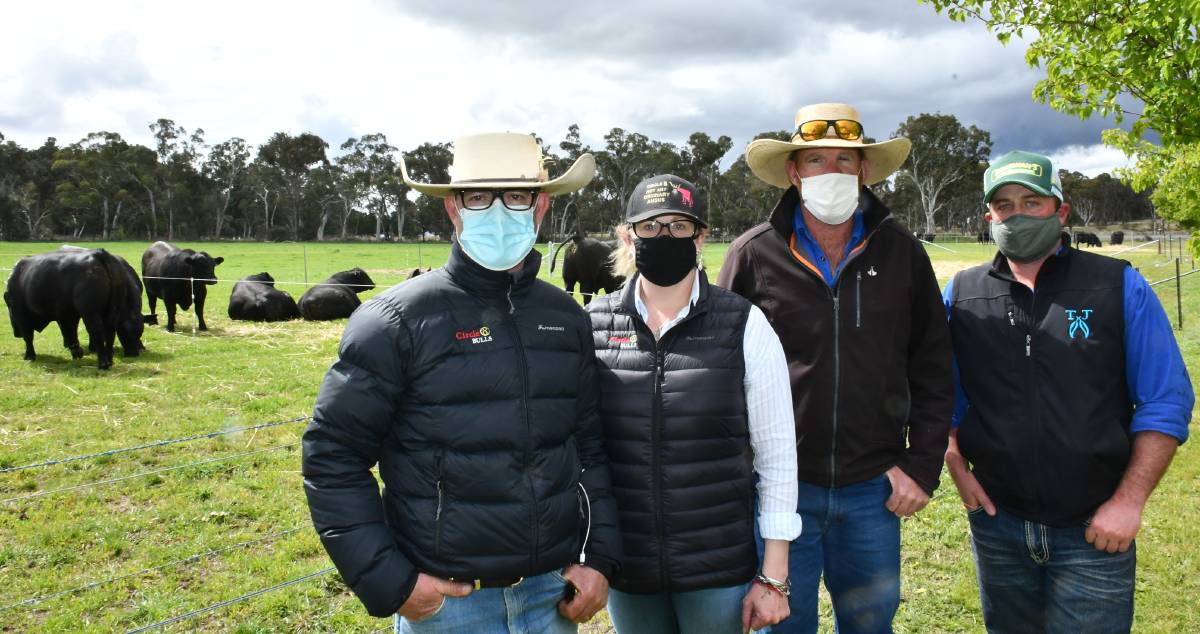 The top-bull Circle 8 R509, was a son of Baldridge Command C036, out of their high-performing Circle 8 Rosebud N117 female line and was snapped up by Robert Mackenzie, Mackas Angus Beef, Salt Ash, for $55,000.

R509 was a heifer's first calf and was believed to be as close to the ultimate goal of structure, type and balanced data for stud principal Jeremy Cooper.

Mr Cooper said R509 from the ground up had sound hoof shape, was very well balanced, exhibited excellent head carriage, a strong neck and shoulder combination with a big middle, strong top with fill right into his chine, an abundant square hindquarter with fill down right into his hind leg.

Mr Mackenzie said he was always on the hunt for high quality bulls backed by extremely strong maternal lines and this bull had that in spades, with three generations on the female side still in production.

"I aim to create a powerhouse cow herd that produces outstanding calves for my clients and to do that I need to increase my sire strength," he said.

The action didn't stop there as three yearling Millah Murrah Paratrooper P15 sons hit the screens and bids stayed consistent with what his sons had averaged through the spring at other sales, selling to $44,000, $40,000 and $24,000.

Mr Young was just getting his first drop of Circle 8 calves on the ground from bulls he had paid to $32,000 at Sydney Royal in 2019 and was very pleased with what he was seeing.

"They are great middle of the road cattle with great thickness," he said.

"I love the phenotype of these bulls - they just fit the bill for what I am about."

Mr Young runs 180 stud cows and was looking to inject some modern bloodlines into his program and these Paratrooper sons will help him to get up there with his genetics, he believes.

"I saw them on videos and Auctionsplus and was happy to buy sight unseen off Jeremy's advice, as he has serviced me exceptionally well to date and I trust in that, " he said.

Rob Hall, Corio Ag, Canyonleigh, put a strong base in the market securing six bulls to $16,000, averaging $13,667 to run with his 2000 cow herd, producing backgrounder steers, sold to Rangers Valley at 450kg.

Mr Hall said the Circle 8 bulls were good muscled bulls with good IMF that will put some meat on his cows.

"I wanted to buy local and the bulls at Circle 8 stood out for me with the IMF and EMA I was looking for in good looking bulls," he said. 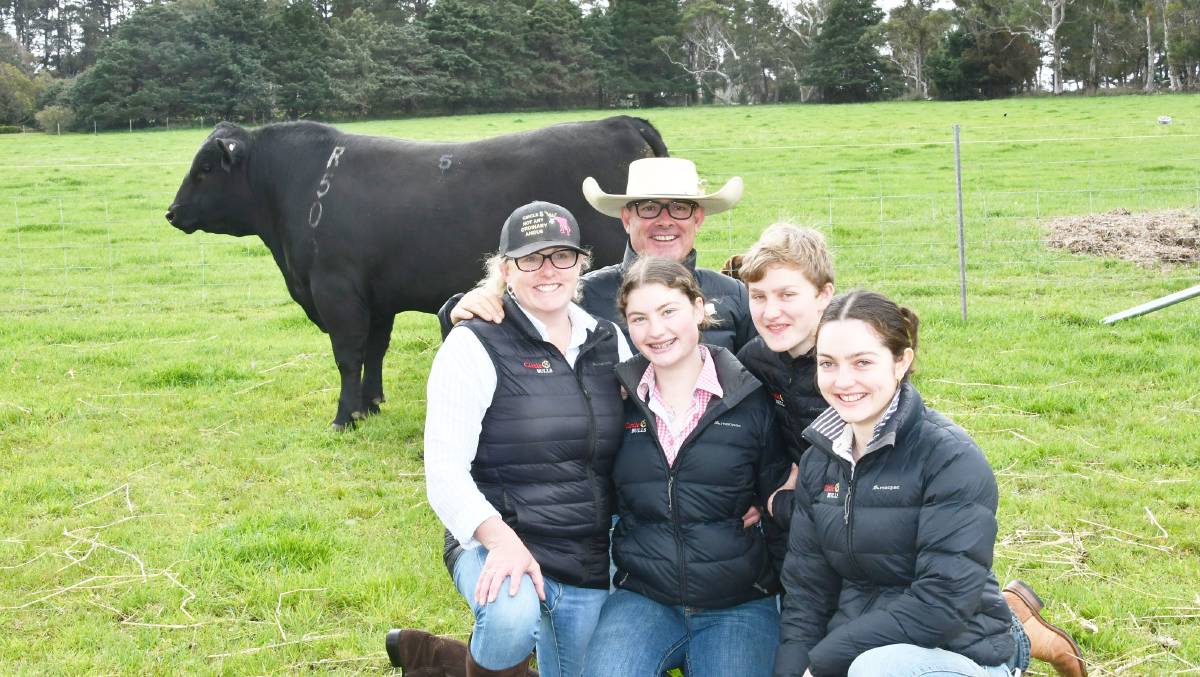 Herb Duddy, Sara Park Angus, Glen Innes, travelled down chasing the top bulls, just missing out, but found a CA Proceed son at $16,000 with good hair and bone to join to his commercial cow operation.

Hopewood Family Trust, Coolac, paid $20,000 for a Baldridge Command C036 son, in the top one per cent of the breed for IMF at +4.7, backed with strong growth through to +137 at 600-day, while Charlie Hart, Hart Rural Agencies, Barraba, bought three bulls for a heifer job averaging $7000.