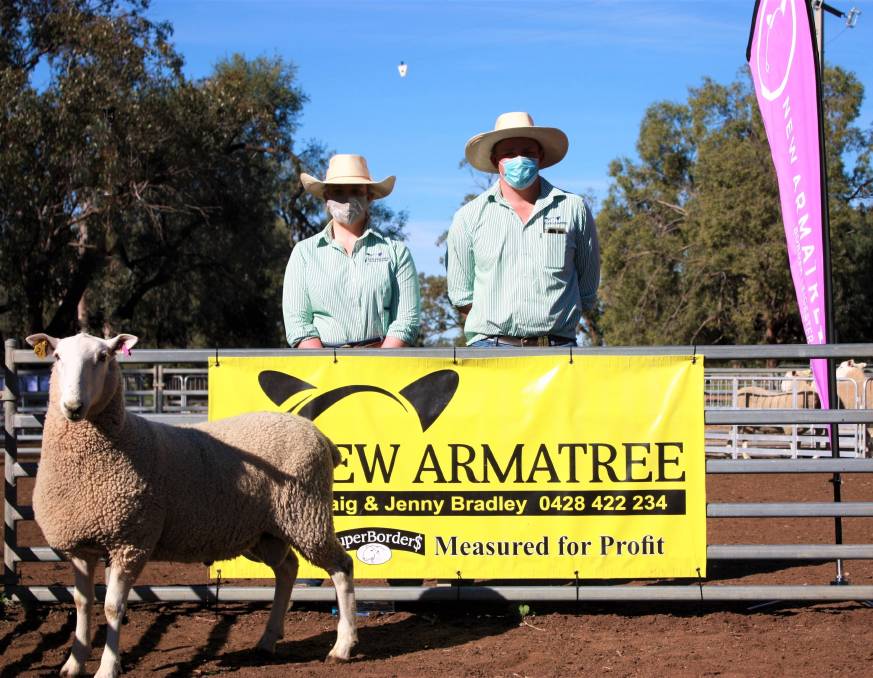 The entire draft of 110 SuperBorder rams were snapped up for a 100 per cent clearance to average of $4930 - almost doubling the stud's 2020 sale average.

Vendor, Jenny Bradley, said bidding was strong on the rams with better performance for fat, muscle, growth and number of lambs weaned, and all up they registered more than 30 bidders.

Stud principals Craig and Jenny Bradley said they were thrilled with the support for the sale.

"We were really pleased to see people travel so far and to compete with local buyers to purchase rams with strong Australian sheep breeding values for production and reproductive traits," Mrs Bradley said.

"It's rewarding to see leading and innovative first-cross ewe breeders support our long-term breeding objectives that are focused on industry production traits."

Mrs Bradley said they had particularly focused their recent genetic efforts on conformation, ensuring feet, toes and legs were correct, while also maintaining their overall direction on performance.

"Toe scoring is conducted on all our sheep," she said. "Rams for sale are presented with no toe trimming and no straw in the pens and must be a score one or two on our scoring guide."

The sale was conducted by Steve Colwell, Halcroft and Bennett, Coonamble, and Elders stud stock agent, Scott Thrift, and was also hosted online via AuctionsPlus.