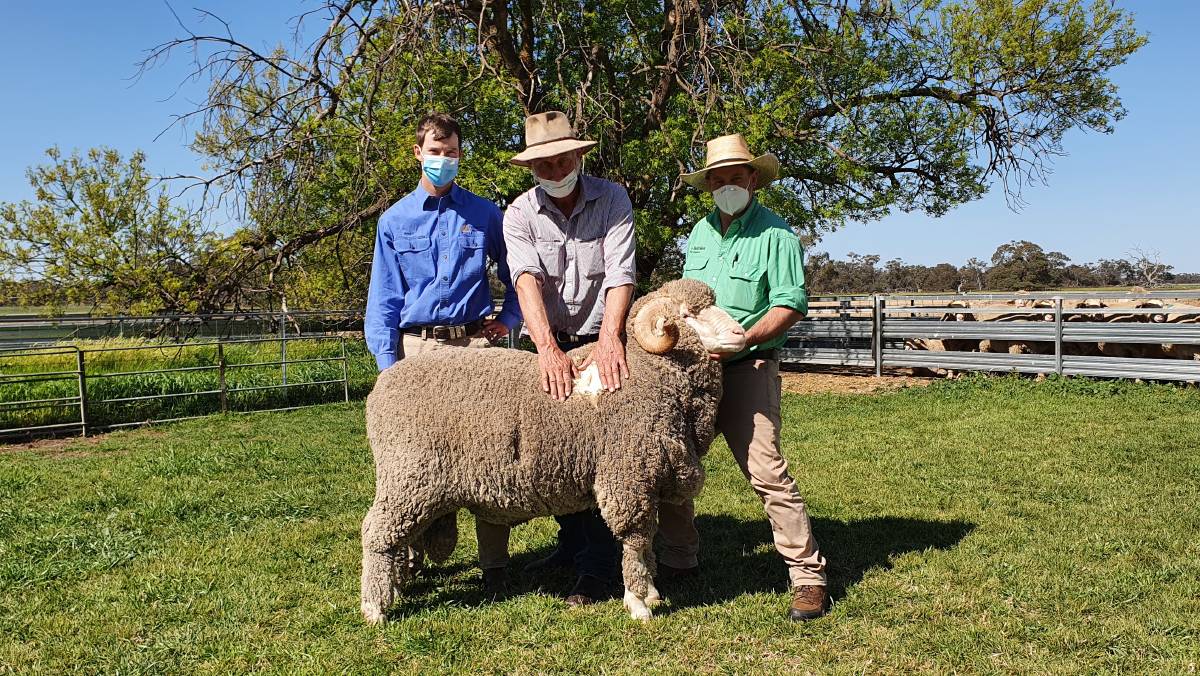 A Merino ram has been sold in private sale in a deal which values the ram of $40,000

Perhaps an indication of the potential for Merino ram sales this spring, another private sale has been recorded prior to the on-property sale - this time at $20,000 for a half-share.

While he was attending the Hay Sheep Show held in June, Monaro-based stud Merino breeder Michael Green was quite taken with a Merino ram exhibited by Ross Wells, Willandra, Jerilderie.

Although the ram did not figure with any ribbons during the show, such was his admiration, Mr Green subsequently made an offer to Mr Wells for the ram when it was on pre-auction display at Willandra. 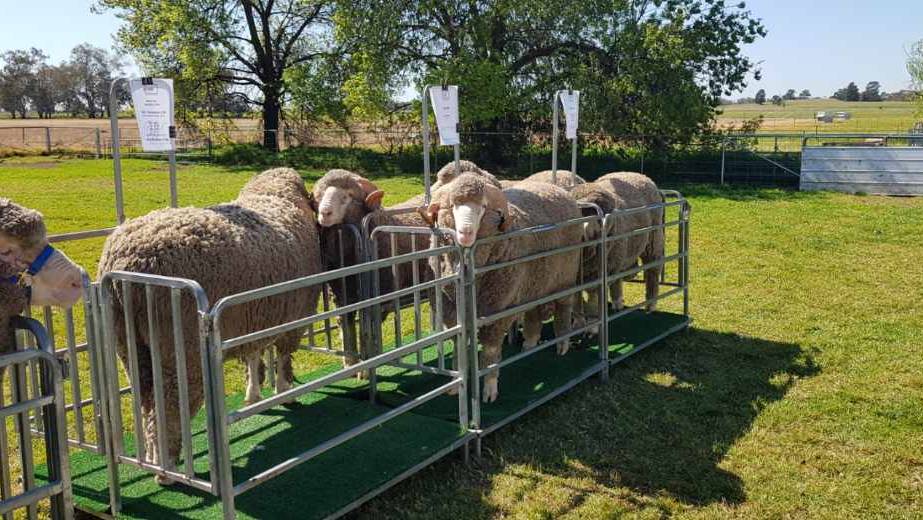 "I was reluctant to sell him, as I wanted to take him to the Dubbo ram sales after we couldn't go to Bendigo," Mr Wells explained as he recounted the details of the sale.

"But Michael was very determined and so we came to an amicable arrangement to share the ram."

The agreement reached between the two stud breeders is that Mr Wells and Mr Green will share the ram for natural joining as their breeding dates are different.

In case you are wondering if 'XL' has some connection with Roman numerals, Mr Wells explained he was influenced by the name of the rock group INXS and with the Willandra hornbrand WIL he added XL to complete the ram's name.

The other option considered as a name for the ram was 'Tuross' after the river which has its headwaters on Doolondondoo, the Green family property near Nimmitabel held since the 1830's.

"I think the ram will excell for Michael and for us," Mr Wells noted.

Mr Green, who has high regard for the Willandra sheep and Ross Wells, considered his new sire will add genetic depth to his stud.

"He has all the attributes I admire in a ram - his overall balance and volume of body are very impressive," he said.

"And with his constitution, spring of rib and his bright shafty wool, I was determined to buy him!"