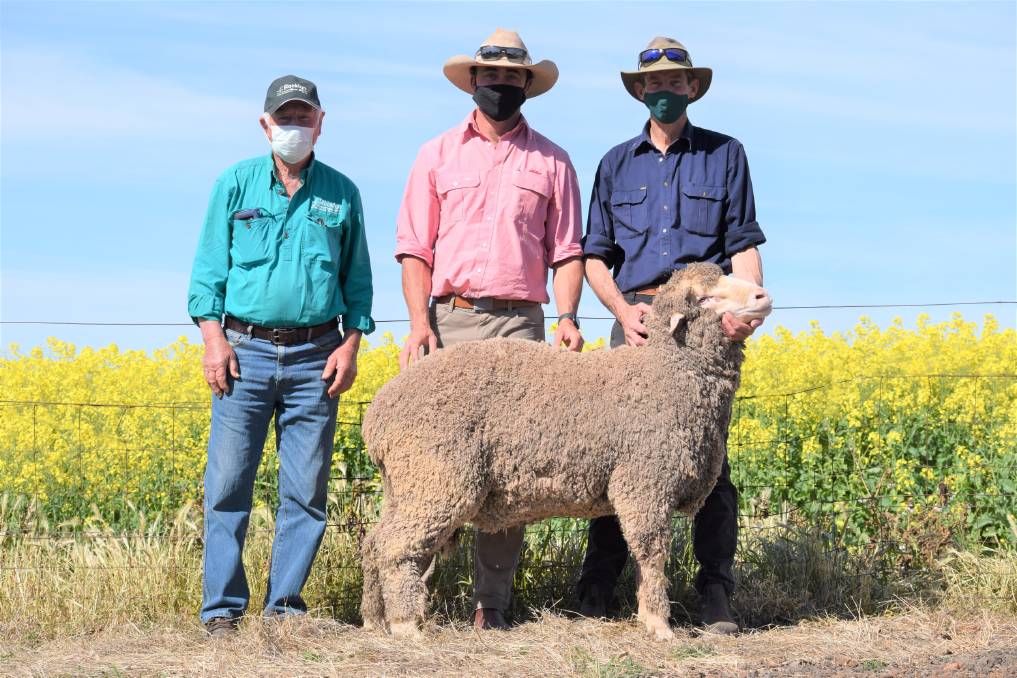 Rocklyn Merino stud sold all 70 rams offered for an average of $3225 and top price of $6000 at their annual on-property sale on Thursday.

Stud principal Ralph Diprose said it was one of their best on-property sales to date.

The top priced ram, sold for $6000, went to Trevor Knight, who was bidding on behalf of long-term repeat buyers HB and VJ Knight and Son from Grenfall.

Purchaser Trevor Knight said the ram's shape and wool made him his pick.

"He was a nice long-bodied, deep ram and he had a nice, bright, soft staple which appealed to me," Mr Knight said.

"We're looking for a good wool sheep and I was very impressed by the style of wool Ralph had on his rams this year."

Mr Knight said they had a very long association with the stud, his father buying rams from Mr Diprose's father back in the day.

The Knights bought five rams in total this year for an average of $5200.

TH Cooper and Co was a volume buyer on the day, purchasing 11 rams for an average of $4523.

McKellar Pastoral Co, Grenfell took home 12 rams for an average of $2688 and GH and A Robertson from Old Junee averaged $1688 for their pick of eight new sires.

Return buyers from Springfield, Grenfell, added another four Rocklyn sires to their flock for an average of $4625.

Overall there were 22 registered buyers at the sale including six new buyers.

"I wish all our buyers every success with the rams they have purchased and welcome feedback on the rams to continually improve the genetics to meet client needs," Mr Diprose said.

The sale was conducted by Elders Young with Aaron Seaman of Elders once again holding the gavel.