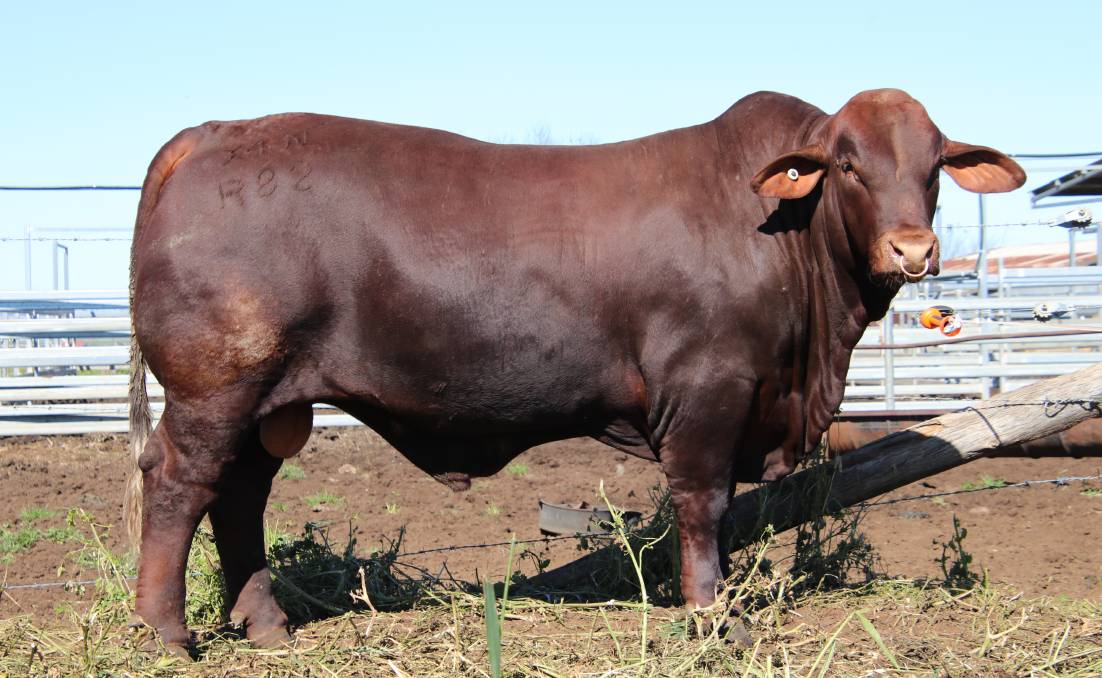 At auction there was a 93 per cent clearance of the male catalogue. After-sale activity saw a complete clearance attained.

Combined, the entire offering of 101 classified bulls set the new benchmark for the Santa Gertrudis breed of $21,212.

At auction there was a 93 per cent clearance of the male catalogue. After-sale activity saw a complete clearance attained.

Rocky was the junior champion at Beef 2021 and posted a daily gain of 1.43kg per day. Securing the top seller were Robert, Lorraine and Andrew Sinnamon, RL Pastoral, Baryulgil, New South Wales.

First of these was the 29-month-old breeder unit, Glenn Oaks Quin Q47 (P) (Diamond H Renegade R47 (P)) with a heifer calf at side that sold to the Watts Family Trust, Ropeley.

The other to make the same amount was the maiden heifer, Goolagong Reign R28 (AI) (P) aged 18-months.