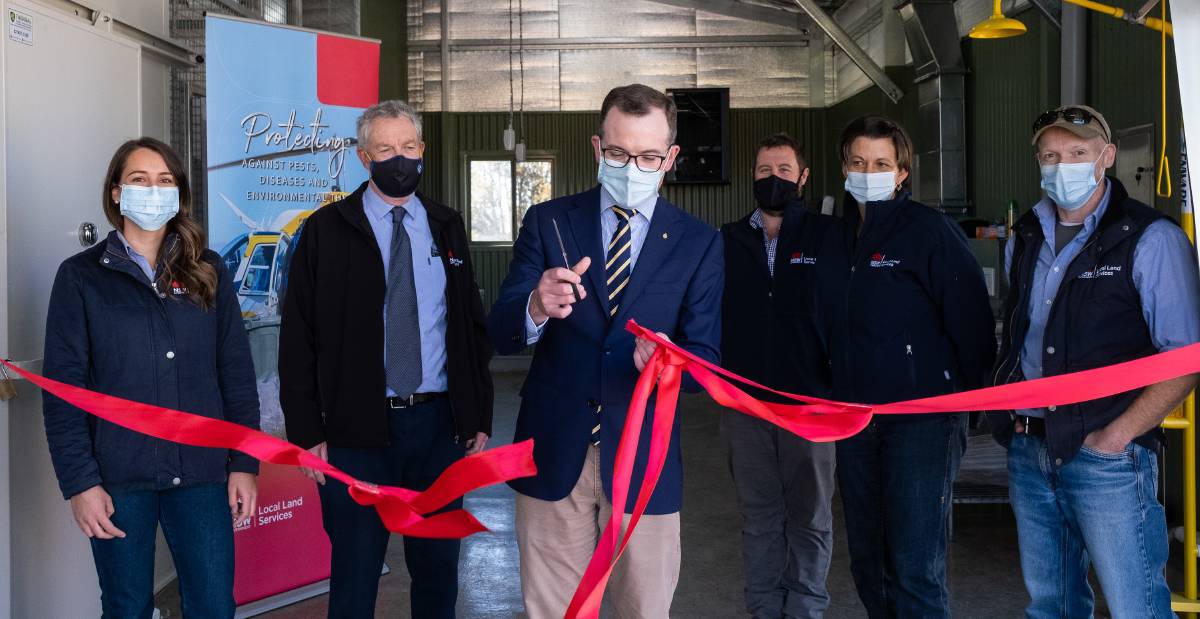 PRODUCERS across the state's Northern Tablelands have been given a helping hand in the fight against pest animals thanks to a new start-of-the-art facility.

The site will also feature a bait preparation area, cool room, veterinary lab and will be open for locals to access in a bid to control the population of feral animals and their impact.

NSW Agriculture Minister and Northern Tablelands MP Adam Marshall officially opened the site on Wednesday and said it was the latest tool the state government was offering producers across the state battling feral animals.

"With a larger facility, greater capacity and better efficiency, the Northern Tablelands LLS team will be well equipped to help farmers and other customers combat pest animals in the Inverell area," Mr Marshall said.

"Research suggests we need to control 70 per cent of the wild dog and fox populations, 80pc of the feral pig population and 90pc of the rabbit population, annually to prevent an explosion in numbers. This new bait shed will play a key role in that.

"We need to maintain our grip on these pest animal populations to minimise their burden on livestock production and the environment.

"In this state-of-the-art facility, there is also a designated bait collection point for easy access for customers. They will be able to continue to arrange bait collection through their Biosecurity Officers as they have done in the past.

"This makes it even easier for landholders to get involved in collective control programs. By coordinating baiting and trapping efforts, everyone stands to benefit in ways that would otherwise not be possible when working individually."

The new facility will also have the capacity for the Northern Tablelands LLS team to respond quickly to emerging threats, such as locusts.

"With bumper crops on the horizon for much of the state, I urge landholders to be on the lookout for locust activity this spring and report any sightings immediately," he said.

"Locust outbreaks can potentially affect very large areas of crops and pasture, and if not controlled, can cause significant economic loss to farmers.

"Centrally located in the heart of the Northern Tablelands LLS footprint, this shed will allow trained biosecurity staff to mobilise quickly in the event locusts are identified, allowing them to initiate control options and tackle the pest before it gets airborne."