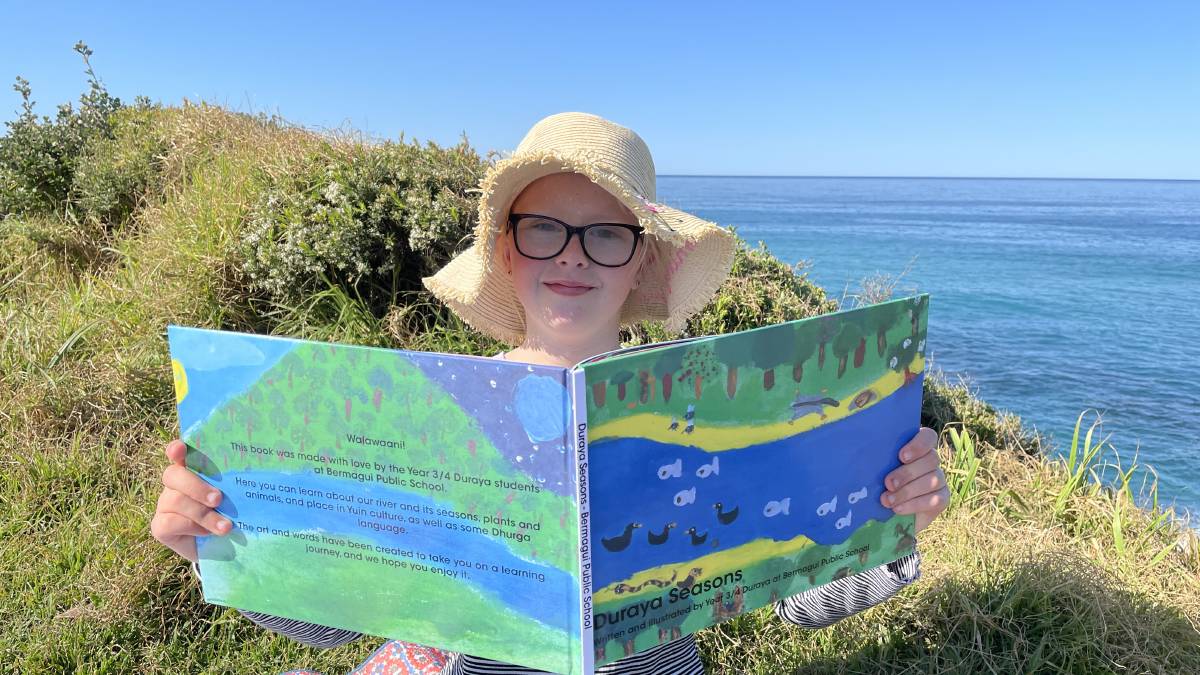 The Bermagui community has formed a series of partnerships to bring to life two books written and illustrated by Bermagui Public School students.

The program is funded by the Merriman Local Aboriginal Land Council who received a grant from Aboriginal Affairs NSW Languages Community Investments. Uncle Gordon Campbell was employed to teach language and culture, and his passion and knowledge helped the students' books come to life. The books are now found throughout the community, they can be borrowed from the local library and appear at cafes and at school. The books were created and printed via the Littlescribe platform and publication of the books was possible through the schools partnership with the Red Cross and Bega Valley Shire Council.

"I feel very proud that Bermagui Public School kids have produced these books. It's great that they are learning language and culture at school.

When I was young we didn't learn our language and culture at school, but what these kids are doing now is keeping it alive and sharing it with others." - Aunty Deanna Campbell, Yuin elder, Bermagui.