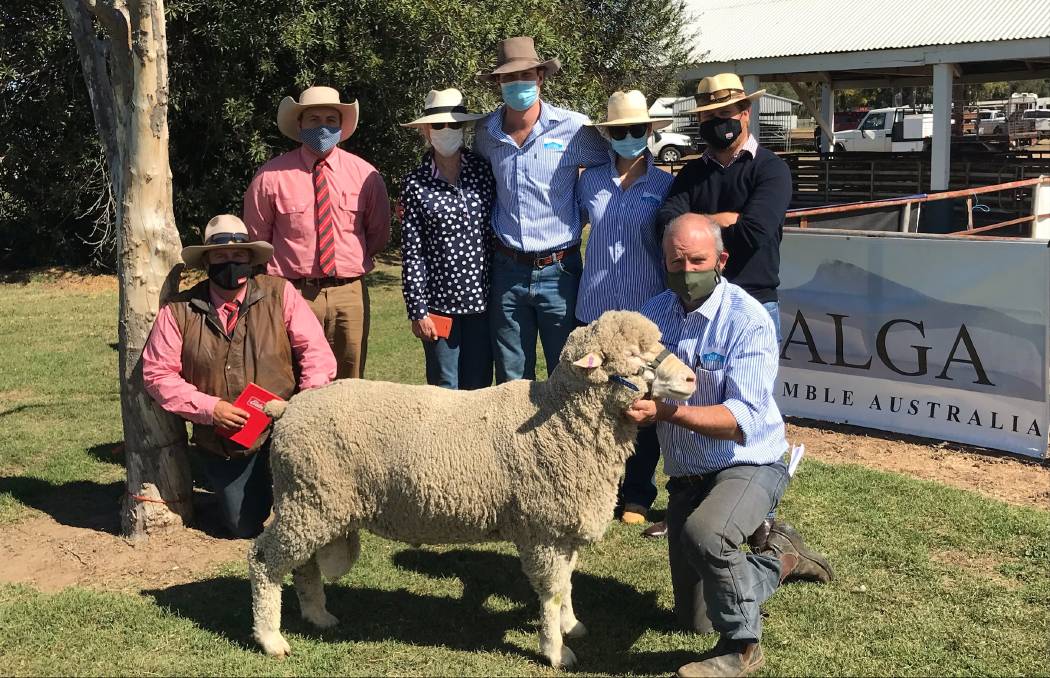 The Coonamble operation recorded a $1638 average at its 2021 ram sale.

A strong crowd of bidders from across the state gathered at the Coonamble Showgrounds to get their hands on the 78 rams offered by the Coonamble operation.

All 78 rams were snapped up at an average of $1638 as repeat buyers took out majority of the draft.

The 17-month-old ram was rated 188 on the Dohne Plus Index, as well as in the top 10 per cent of the breed for clean fleece weight (YCFW) and had a post weaning weight (PWT) of 9.8kg.

The top seller was among 10 purchased by the Webbs at an average of $2140.

The sale was conducted by Elders Coonamble with Lincoln McKinlay, Elders, Inverell, auctioneering.