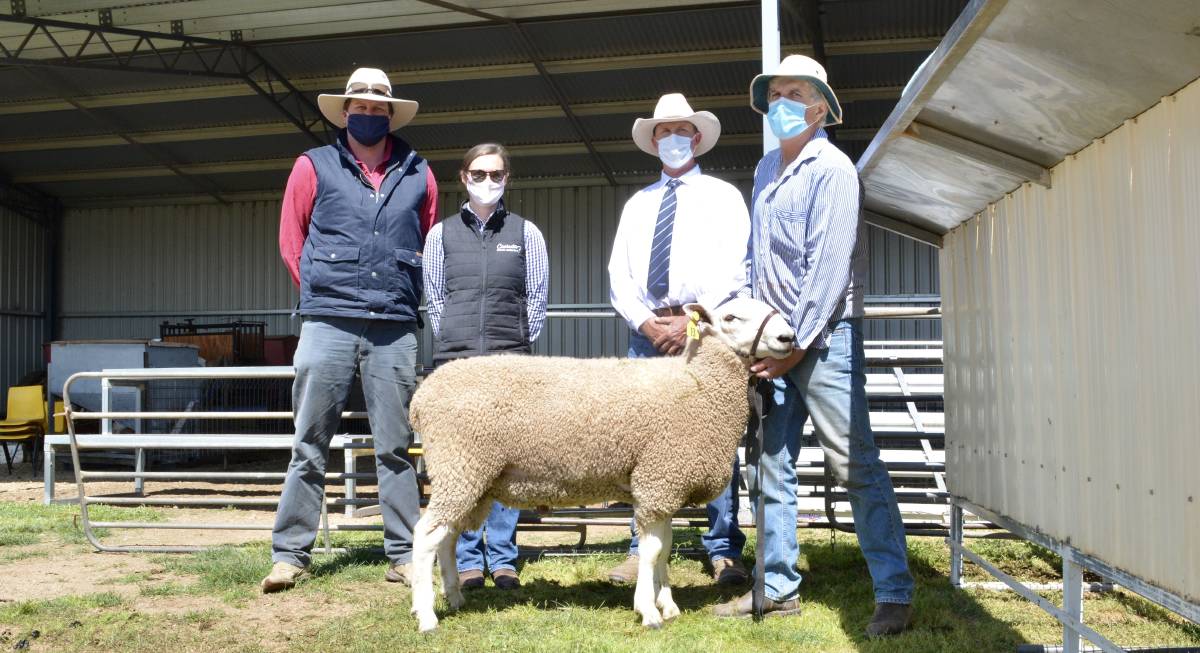 Overall the Canowindra based stud sold 72 rams at a $2962 average.

A DRAFT of 72 well-presented rams that ticked the box for having a balanced set of Lambplan figures were snapped up by buyers at the 22nd annual Tenalba Border Leicester Ram Sale today at Albert, Canowindra.

Both stud interest and local commercial support fuelled the bidding, which resulted in a 100 per cent clearance of the 72 rams on offer with a $2962 average and $4400 top price achieved.

"He is a well-balanced, upstanding ram with good bone and had the mix of traits we were looking for," Mrs Pagan said.

The largest volume buyers were Gourock Partnership, Glenfinnan, Nimmitabel which took home 10 for a top of $3100 and average of $2790.

Tenalba stud principal Phillip Russell was very happy with the result and thanked everyone for their purchases.

"It was a fair market, with a good result for both the buyers and for the seed stock producer," Mr Russell commented at the end of the sale.

"We had both repeat buyers and a number of new buyers, and hope the buyers have success with their purchases."