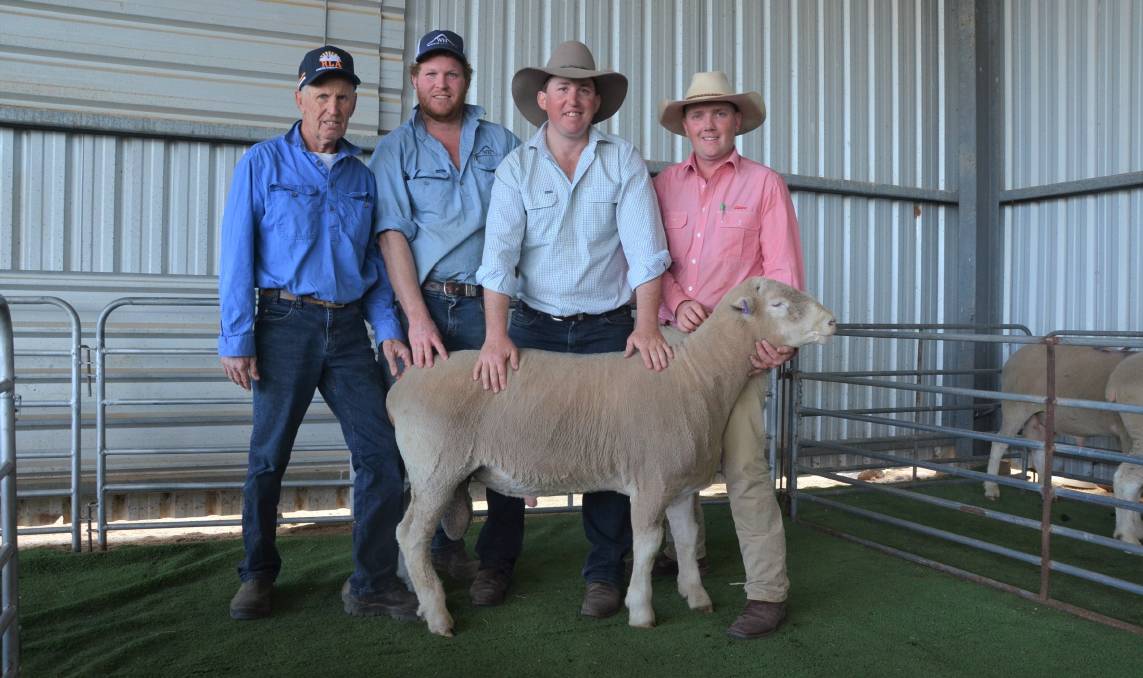 The Jerilderie stud recorded their best results yet.

Wunnamurra Poll Dorsets, Jerilderie achieved a total clearance of 182 rams at their annual on-property sale, results soaring to a $3800 top and $1809 average, their best recorded to date.

Repeat and volume buyers underpinned the sale and stud principal Andrew Gillett said he was overwhelmed by the support, both in person - with the Riverina's lockdown ending last weekend - and online.

"Last year was a record and to go again this year was probably a bit unexpected," Mr Gillett said.

"We're very pleased, the main thing for us is that everyone goes home with the rams they want and they're happy with them.

"A big thank you to my partner Annabel, her family and everyone else who helped on the day."

The first 20 rams sold for an average of $3090 and they included the top priced ram who was bought for $3800 by the Julian family of Annandayle, Holbrook. 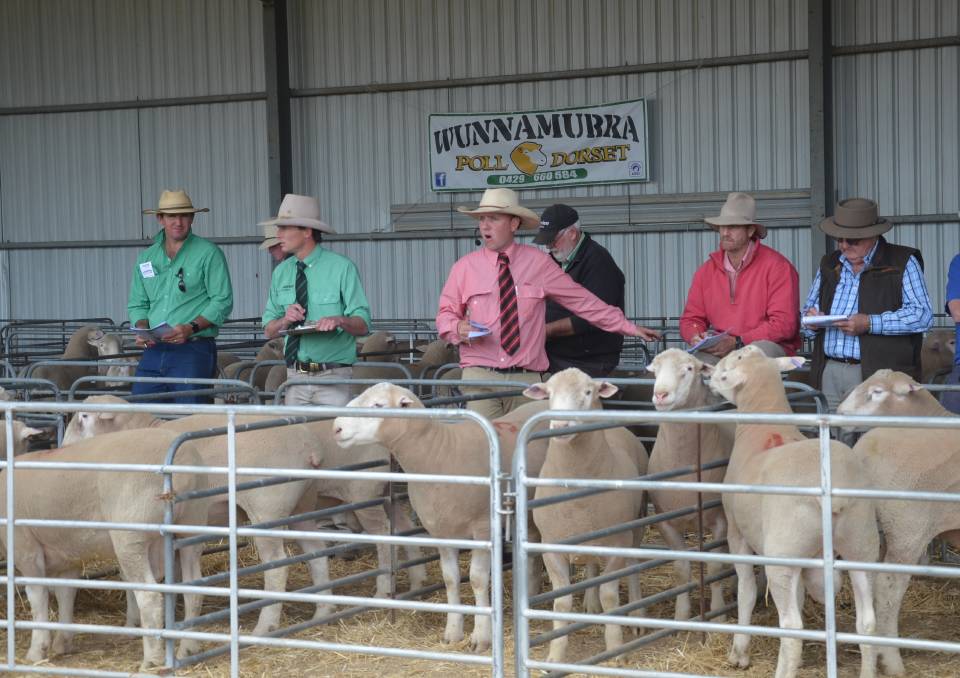 The sale-topper, Wunnamurra 357, was a twin-ram by one of Wunnamurra's own, 18-105. He inherited his sire's impressive growth, with a weaning weight value of 11.2, in the top 10 per cent of the breed.

"The Julians are long-term clients who have been buying from us for more than 20 years."

The Holbrook family purchased 12 rams in total for an average of $2458.

Among their purchases was the third-highest priced ram, Wunnamurra 133, bought for $3300.

"He was one I looked at keeping for ourselves, he was low birthweight, really high growth and good fat and muscle," Mr Gillett said.

"For us it's all about selling fat lambs as quick as we can, hence we chase the traits that help minimise the time frame from the moment they're born to the moment they introduce themselves to the truck driver," Mr Julian said.

The second-highest top ram, Wunnamurra 325, was bought by KF and JL Mannes and Sons, Coleambally, for $3500.

He was a single by Wunnamurra 17-303 who Mr Gillett said was a very long, deep through the body with a nice hindquarter.

"He's a really stretchy, growthy ram and we were pretty pleased with his progeny," Mr Gillett said.

He was one of six the Mannes family bought for an average of $2967.

John Lamb Pastoral Co, Willurah, Conargo was another big bidder on the day, coming away with 27 rams.

Many of the buyers were from the Riverina, along with representatives from across Victoria who mostly purchased rams via AuctionsPlus.

The sale was conducted by Elders and Nutrien with Nick Gray and Hamish McGeoch sharing the gavel.