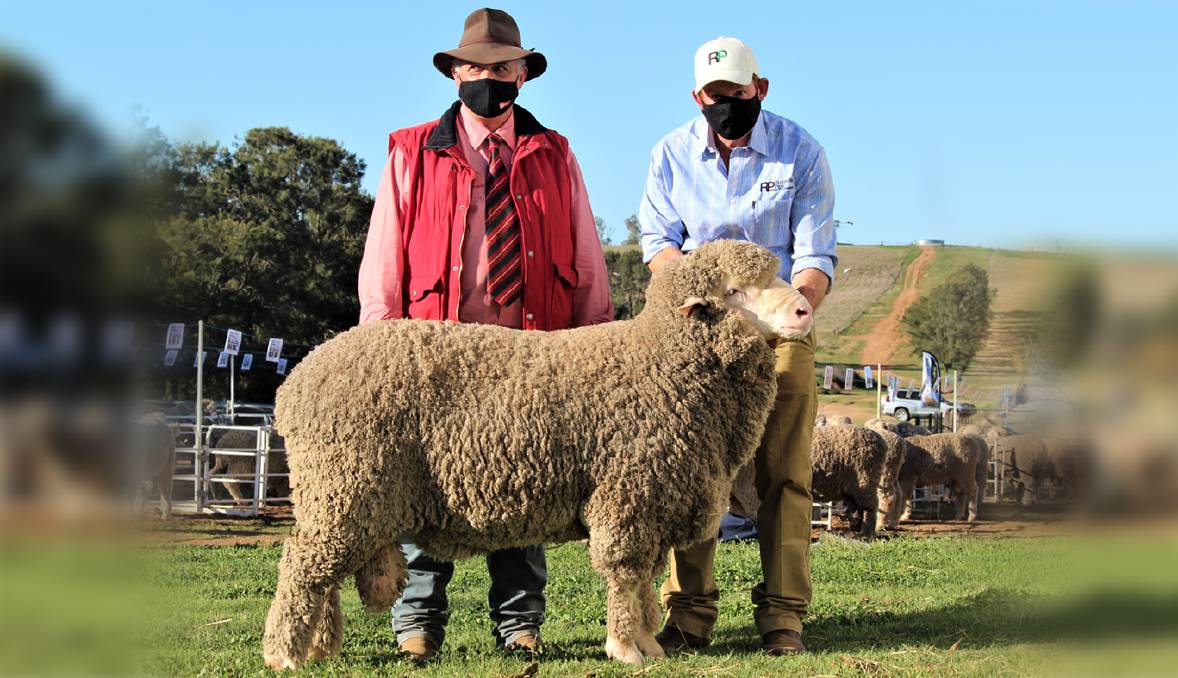 Stud and commercial Merino breeders were in force at the Roseville Park Merino ram sale, near Dubbo, on Thursday, positioning the stud as a major influence in the Merino industry with rams being sold to six states.

Over 85 registered buyers, including over 20 studs, bid on the rams resulting in a full clearance of 235 rams for an average of $3817 which was an on-property sale record for Matthew and Cherie Coddington and family, and up $808 on last year's sale.

Elders stud stock specialist, Scott Thrift, bought the ram on behalf of Mr Glover and said he had noticed the ram as a stand-out back in July for his size and wool producing qualities.

Four rams were sold for the second top price of $18,000, including three rams out of the eight removed from the National Merino Sale which was cancelled due to COVID. Kicking off the Roseville Park sale, the national sale rams averaged $14,000.

ALSO IN NEWS: The Yanko achieves total clearance of 100 rams for $2603 average 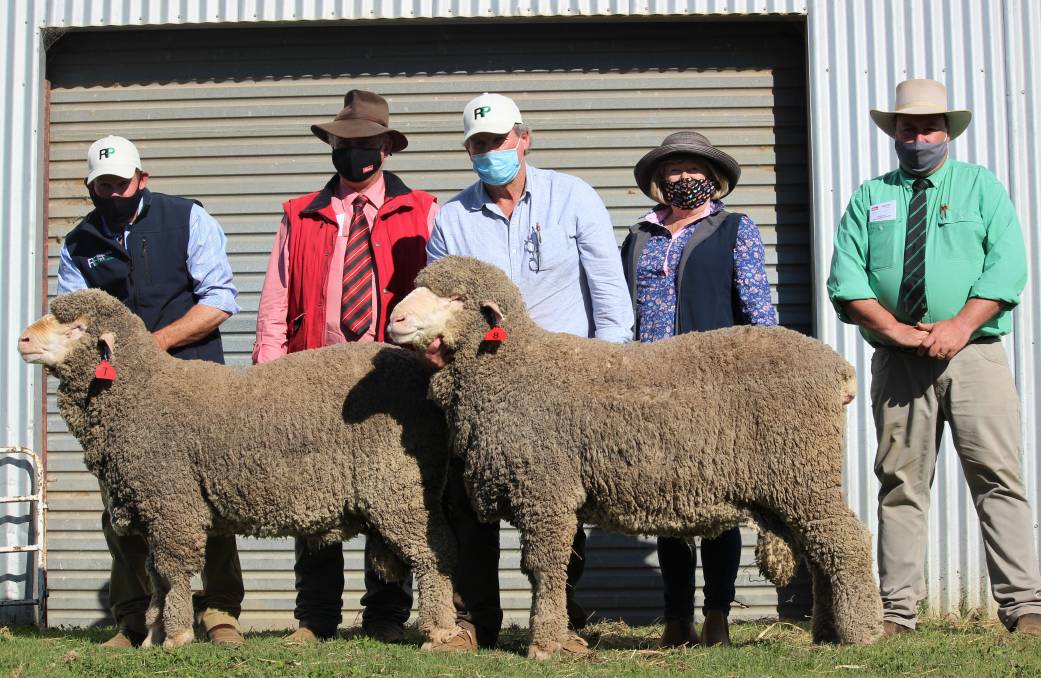 The Kelly family of Kilbournie Pastoral Co, Caloola, bought a poll ram for $16,000. They are running a sire evaluation program this year for MerinoLink on their property, which will lamb down progeny of 15 different sires from across the industry for analysis over two years and have also done a genomic flock profile on their flock to improve their genetics for key production traits within their flock.

"It's a fantastic average because it's the most rams that we have ever put up for sale at one place and another 25 rams extra than last year," he said.

"We have had the numbers and the data to work with over the last few years due to us now breeding and measuring 1400 rams annually, with 1000 rams being available for sale to ram buyers who can see big even lines of sheep to select from."

Mr Coddington said the interstate demand was very high and he thought it reflected on his closer communication with those clients due to the pandemic.

"From discussions with clients, we realised that we were going to have very strong demand for poll rams in the sale and in particular poll rams which tested under 19 micron and had high ASBVs for fat and muscle which breeders in the south are chasing more for lamb survivability and fertility," he said.

"The other key selling point is our white, waterproof wools that can handle a lot of rain. There are not a lot of Poll Merino sheep that can handle wet conditions. The demand now is so high for these types of rams that we will sell out of most of our Poll merino rams within the next week.