Two permanent creeks flow through both properties in this choice grazing country near Yass. Pictures: LAWD.

Neighbours have put their adjacent Southern Tablelands properties up for sale together.

Neighbours have put their adjacent Southern Tablelands properties up for sale together.

These neighbours saw the opportunity to ask the same agent to run parallel campaigns which would also attract the interest of larger scale buyers than if they had've gone alone.

The farms share 2.2km of boundary and are in the high rainfall country of Yass.

First up is Warrawee, a 795ha choice piece of country expected to make more than $9 million at sale.

Next door is the smaller 527ha Oakdale which should attract a selling price of above $5 million.

Warrawee is offered as a "superb grazing platform" of perennial grass and clover pastures, underpinned by consistent fertiliser use and plentiful water resources.

The property is bisected by two creeks and its undulating land supports about 580 ha of improved perennial grasses of phalaris, cocksfoot and rye grass with sub clover.

The grazing country has been established through a planned development program undertaken through the 1990-2000's by the application of lime and direct drilled pasture establishment. 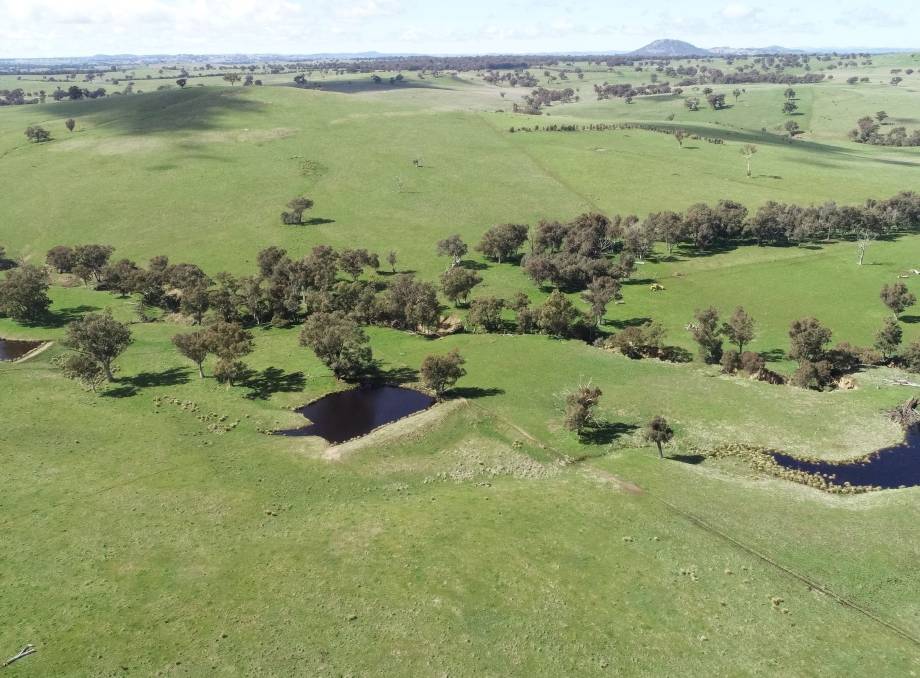 Warrawee has an estimated carrying capacity of 8000DSE and is currently conservatively stocked with 350 cows and followers, although it has exclusively run sheep in the past.

The property is run in combination with the vendor's other properties and cattle are strategically moved between the properties.

The permanent Dunderalligo and Dwyers creeks combine with 21 dams across the property.

Agents say the vendors "have never had to reduce livestock numbers due to lack of water" - the same also applies to Oakdale.

Three hay sheds are strategically positioned around the property

Warrawee, like Oakdale, is a short drive from Bowning and just north of Canberra.

Oakdale is also a well-appointed grazing property of 527ha with a long history of cattle and sheep breeding.

Its land includes productive rolling hills rising to the north from the Dunderalligo Creek.

It has dense pasture stands of native perennial grasses such as microlaena and danthonia with naturalised rye grass and a strong sub clover stands which support a conservative carrying capacity of 3850DSE.

The property has been run in conjunction with the vendor's adjoining land and livestock are rotationally grazed.

Superphosphate has been applied biannually at 125 kilograms per hectare.

Like its neighbour, Oakdale is securely watered by double frontage to the permanent Dunderalligo and Dwyers creeks, along with numerous seasonal spring fed gullies combined with 19 dams, many which are spring fed and are of good size with extensive catchments.

There is a six-bedroom brick veneer homestead with large multiple living areas and a new kitchen which has been freshly painted and carpeted.

Both Warrawee and Oakdale are for sale by expression of interest closing Thursday, October 2.