A coronial inquiry has begun the examination of 25 deaths of the black summer fires.

The past two weeks has been tough for families and witnesses of seven South Coast men who died in the black summer bushfires.

They had to relive the tragedy as the NSW Bushfires Inquiry looked into the cause and origin of these deaths over the past two weeks. A photo taken of the damage to John Smith's Nerrigundah property in the days after the Badja Forest Bushfire. Picture: NSW Coroner's Court.

Proceedings began on Monday, September 6, with the opening subject of the Badja Forest Fire which ravaged the state's South Coast.

Investigative data showed the fire started by lightning strike on December 27, 2019, and burned fiercely into December 31, when lives were lost at Belowra, Nerrigundah, Cobargo and Coolagolite.

More than 400 homes were destroyed and a further 100 damaged in surrounding villages.

In the early hours of December 31, the fire wiped out the remote Nerrigundah and Belowra valleys.

Coroner Teresa O'Sullivan heard on September 7, Belowra man Colin 'Col' Burns, 72, died in his vehicle after a late decision to leave his property on December 31, 2019.

His remote bush property was 55km west of the nearest town, Bodalla,

Col was unable to make a safe escape after his trailer, equipped with firefighting gear, flipped when negotiating a curve of a narrow unsealed road.

Police confirmed Col's remains were located inside the vehicle and concluded he died from the fire's impact. Col was known as a "true bushman" and dedicated member of Belowra RFS for 40-years. 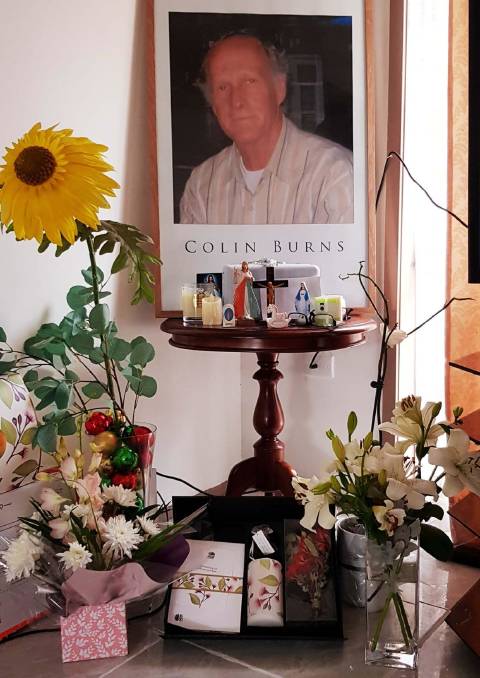 Colin Burn's partner, Threlly, who lived in Sydney, shared this image with the court. She said in a statement: "I miss Colin everyday, all the time ... he is still in my heart and I am very teary-eyed."

In the neighbouring bush village of Nerrigundah, another tragic story of an unsuccessful escape was heard.

John Smith, 71, left his Batemans Bay home to prepare his property at Nerrigundah the day before his fate.

The court heard on September 9 that John's car crashed into a tree, and that he attempted to escape on foot but couldn't outrun the fire on December 31.

His burnt-out car was discovered three days later. At that stage, his remains were not yet found and a search began with RFS and Police.

It wasn't until 7am on January 6, that a friend of John's found his remains in a gully about 50 metres from his car. 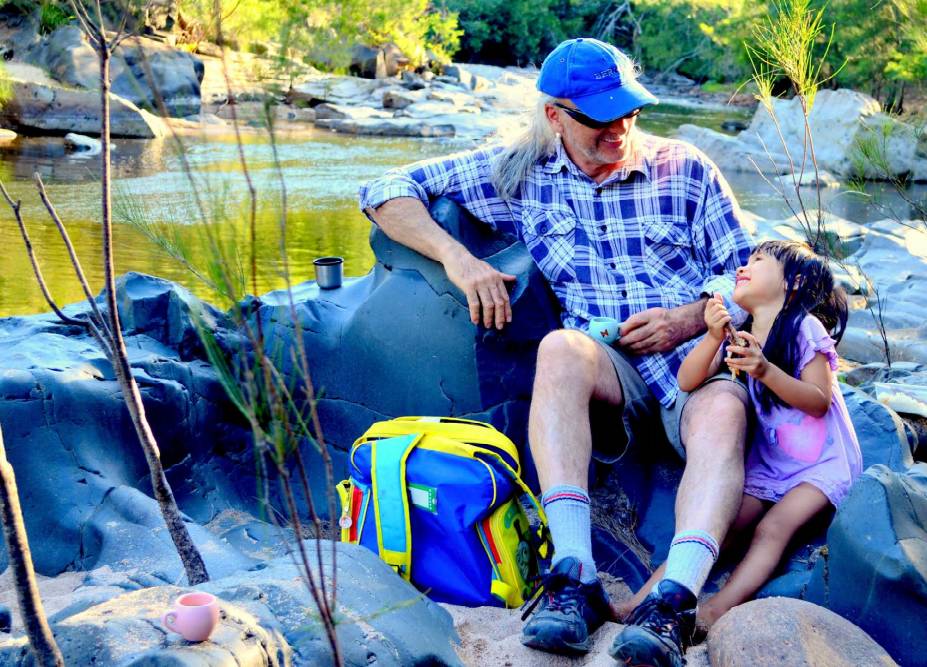 John Smith lived in Catalina with his wife and daughter, and died trying to defend his bush property in Nerrigundah. Picture: NSW Coroner's Court

As the Badja Forest Fire escalated into the morning of December 31, the country town of Cobargo was directly its path.

Earlier during the inquiry, on September 7, a submission from a Cobargo RFS member spoke of 15-20 metre flame heights through grassland as fire fronts approached Cobargo from the west.

Coroner O'Sullivan heard the deaths of a well-known father and son of Cobargo.

Robert, 63, and Patrick, 29, Salway died in their paddock while defending their farm on the morning of December 31, 2019.

The pair were battling spot fires before, what experts described as "a ferocious firestorm" trailing the main fire front, took their lives. 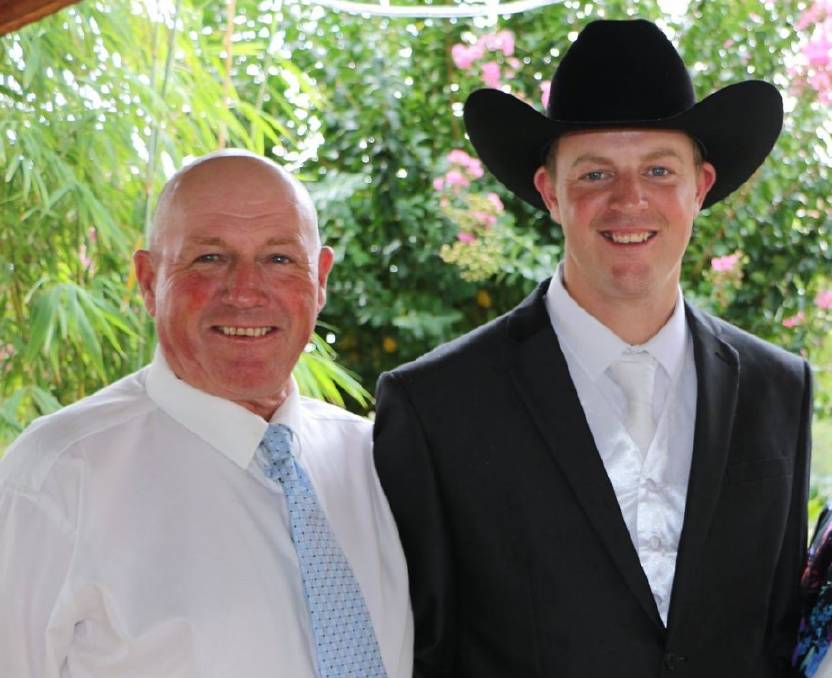 Robert and Patrick Salway who were killed defending their Wandella property from the Badja Forest Road fire. Picture: Facebook.

Cobargo's Ross Rixon, 84, was also attempting to battle the blaze that completely destroyed his Cobargo property on December 31.

Coroner O'Sullivan heard Ross died one week later. He died of a heart attack after suffering burns to his face. He was remembered as "a real Aussie bushy and strong as an ox".

The fire continued a path of destruction, headed for the small rural suburb of Coolagolite, near Cobargo, where Richard "Rick" Steele perished in his granny flat.

On September 9, Coroner O'Sullivan heard the 56-year-old agreed on a plan to stay and fight the fire with his neighbour who owned the property.

Their plan was to pump water from a nearby dam to fight the fire, however the power was cut off in the early hours of December 31 and the pump no longer worked. They both went into their homes to pack their belongings and leave the property.

Rick's neighbour told the court his driveway was on fire as he fled in his car. He said there was no sign of Rick's headlights behind him.

The next day, Rick's remains were found inside the granny flat.

The Badja Forest Fire fire burned steady for some weeks before a change in weather caused a sudden and severe turn on Thursday, January 23, the day Michael 'Mick' Clarke died.

Mick lived alone on a property nestled in bushland at Bumbo, near Bodalla.

The court was told on September 8 that in the months prior to the fire, Mick had not been well. He discharged himself from hospital and returned to his property the day before the fire hit.

Coroner O'Sullivan heard Mick's brother was unable to reach Mick in time to help at the property as conditions got too dangerous.

Hours later, a neighbour found Mick's remains among rubble of his home. The hearing was adjourned as the coroner requested more evidence and a statement from Mick's family.

Progressing into the second week of the inquiry, coroner O'Sullivan heard firefighter Samuel McPaul died when a fire tornado rolled his truck onto its roof during the Green Valley blaze, near the Victorian border.

Samuel died on the evening of December 30, never having the chance to meet his now 15-month-old son.

Investigations told the court it was an abnormal incident. Examinations showed the marks on the truck and gouge marks in the ground suggested the 10-tonne truck was lifted by extreme forces. 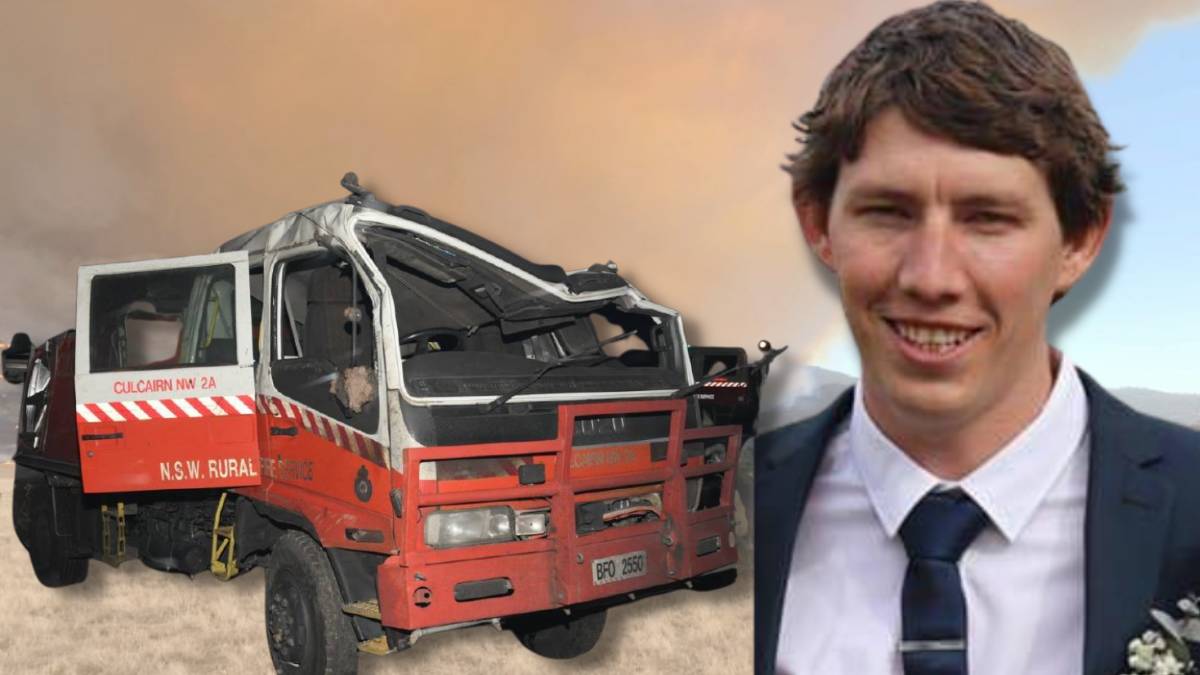 A weather expert told the court the fire vortex at the property had a depth of about five kilometres and winds up to 320km/h.

Samuel was acknowledged as a hero, and coroner O'Sullivan said he deserved enormous gratitude from the community.

The inquiry continues as the coroner completes the examination of 25 deaths of the black summer fires across the state.

Findings of the seven deaths mentioned so far will be presented next year.