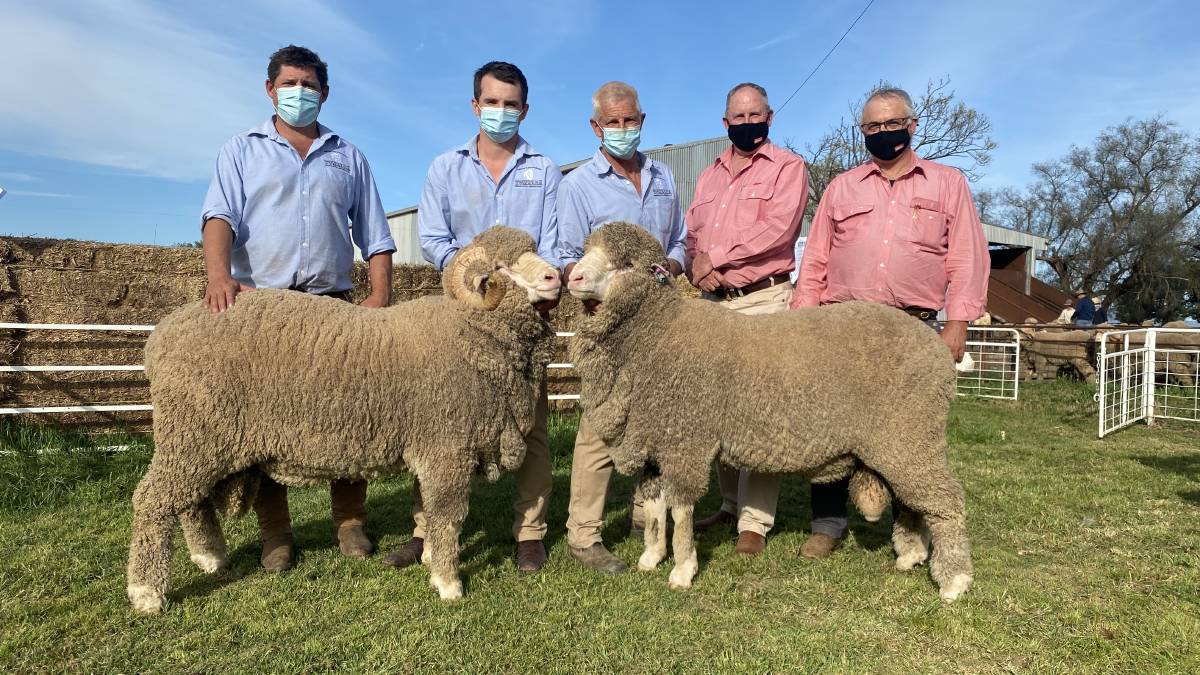 Held in conjunction with AuctionsPlus and with 34 registered bidders in attendance, a flurry of interest had Towalba's average increase by more than $1000 compared to last year.

The sale attracted both long-term and new buyers keen to secure Towalba genetics.

A son of Malcolm, he weighed 111 kilograms with fleece measurements of 19.3-micron, 3.4 standard deviation (SD), 17.2 per cent coefficient of variation (CV) and 99.7pc comfort factor (CF). Noted as an outstanding poll ram, he scanned an eye muscle depth (EMD) fo 35 millimetres and a fat depth of 5.5mm.

In total Mr Shaw purchased five rams at a $7055 average. 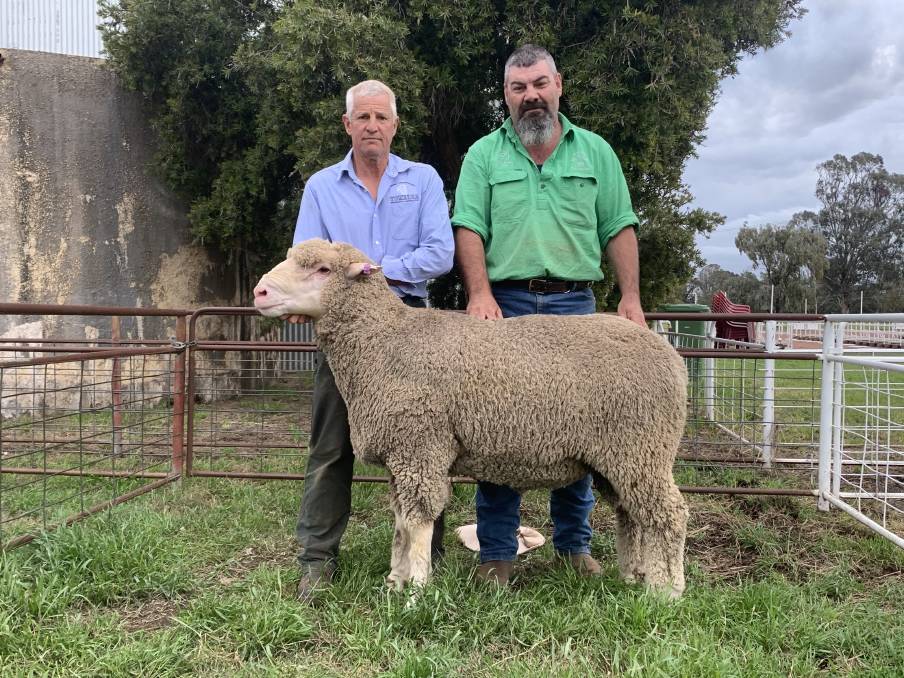 Towalba Merino, Poll Merino and SAMM stud principal Warick Kopp said there had been interest from both NSW and Victoria and he was very pleased with the outcome of the sale.

"Sales have been very strong and have been a reflection of the season and the confidence in the industry,'' he said.

"It is always pleasing to see our regular buyers returning as this tells us the rams are doing the right job for them.

"It was also great to see new buyers keen to secure our genetics and purchase multiple lots. Seventy of the 80 rams offered at auction were sold with another 30 grade rams sold immediately after the sale.

"We've also provided 22 rams to fill an order for poll rams to go to South Australia so we are confident our breeding strategies are working well and fitting the bill for the many different needs of our clients.''