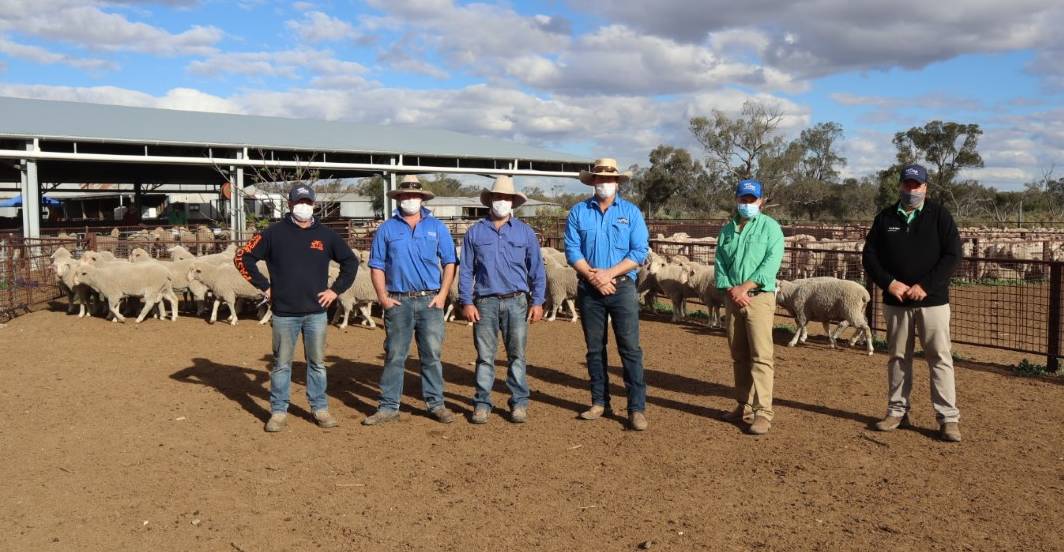 The second Outback MPM annual ram sale held at The Marra recently saw an offering of 159 rams that sold for a 100 percent clearance to a top of $3,500 and an average of $1794.

THE second Outback MPM annual ram sale held at The Marra recently resulting in 159 rams sold for a 100 per cent clearance, a $3500 top price and $1794 average.

With clients travelling from all over the state, this year's results surpassed the 2020 inaugural sales top price by $300 and average price by $254.

He was purchased by Andrew Bloomfield, Pitt and Sons, Walcha who also took home a large draft of 51 to an average of $2069.

They also purchased the charity ram, tag 200546 with a fleece micron of 20.3, SD of 3.3, CF of 99.1pc. He weighed 78.5kg and raised $2000 for RUN DIPG a charity dedicated to improving outcomes for patients and their families impacted by a form of childhood cancer.

Also taking home a sizeable draft was the Shoemark family, Bathurst, who purchased 19 rams for an average of $1263.

IN OTHER NEWS:Shoes made of wool could help drive demand for broader microns

"With the positivity and strength of the sheep market at the moment it is helping with sales," Mr Thomas said.

The sale was conducted by Nutrien stud stock.