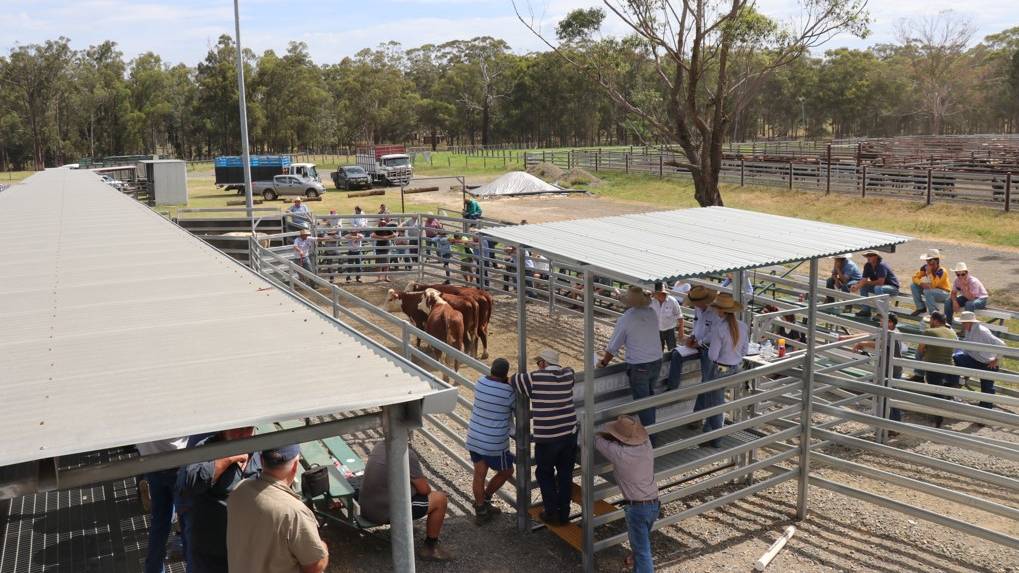 Weaner steers were a highlight and sold firm to $20 a head dearer at Maitland on Saturday.

Cows with calves hit a whopping high of $3800 a unit during the Maitland store cattle sale on Saturday.

COWS with calves hit a whopping high of $3800 a unit during the Maitland store cattle sale on Saturday.

Bowe and Lidbury agent Michael Easey said the yarding was mixed for the 710 head offered.

He said the market was firm to slightly stronger when the quality of the yarding was taken into account.

He said the weaner heifer prices were firm to $15 dearer.

There were 20 pregnancy-tested-in-calf heifers offered, aged two to three years, and they attracted bids from $2400 to $2500.

The 120 cow with calf units were in demand and Mr Easey said they attracted spirited bidding that ranged from $2300 to $3800. Prices for this category averaged $2775.

R and S Carroll, Carabolla, sold a pen of Angus weaner steers for a top of $1875 to Glenliam Farm in the lower Hunter Valley. They also sold a second pen for $1675.

B and M Duncan, East Seaham, sold young Angus cows with their first calves for $3800 a unit to Alex Badior of Maitland.

Rodney Sanson, Woodberry, offered a line of Angus weaners during the sale.

Mr Sanson's weaner steers sold for $1650 to TTI Pastoral, Muswellbrook, and the weaner heifers hit a healthy $1575 to A and J Turner, Mount Rivers.

The sale was conducted by agents from Bowe and Lidbury, Maitland.