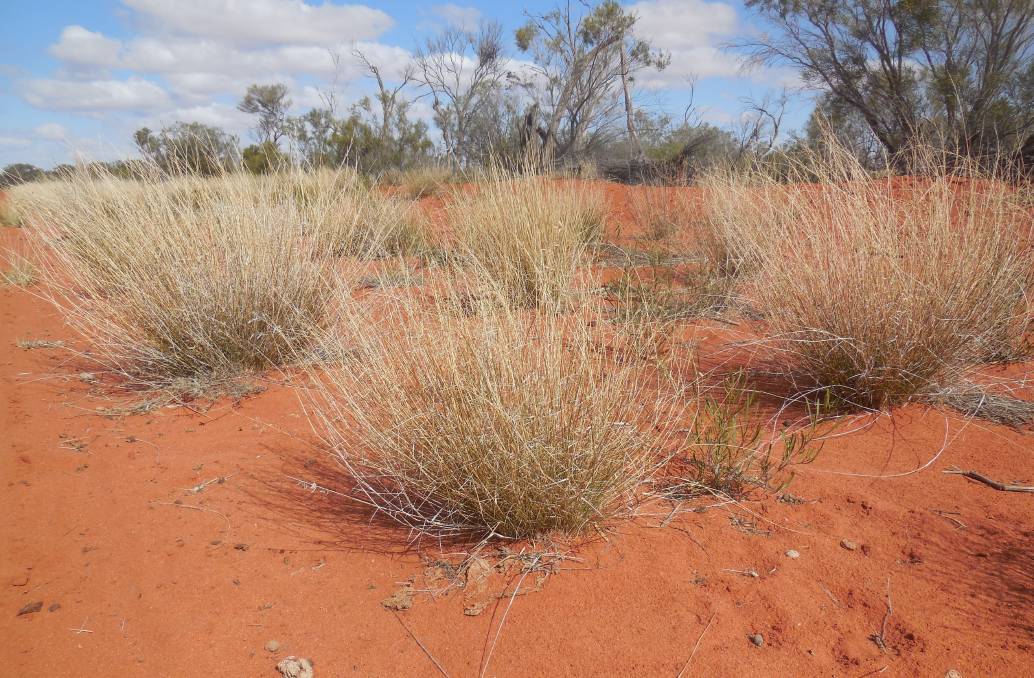 Woollybutt can be the last grass standing in a severe drought on red soil country. Photo: Lachlan Gall

Although it's not that palatable for stock, woollybutt grass can be your best friend in times of need on the red soil plains.

The perennial native grasses have never looked better in northern parts of the Western Division, but in southern parts where the drought has not broken, native grass stocks have been hit hard.

Woollybutt grass stocks have degraded in these areas, and as conditions may be set to improve with higher summer rainfall predicted by a possible La Nina event, station holders have been urged not to go too hard on the woollybutt as it tries to reinstate itself.

For many reasons it's an ideal grass to look after, according to Western Local Land Services officer Claudia Bryant, based at Broken Hill.

It's hardy base gives a collection point for organic matter and it acts as a seed bank for other grasses, that then make their way into the rest of the paddock. It helps stop erosion, and when times are tough in summer, when it make its greatest run, it's there as a feed back-up.

"It's an active summer grass when there is often a feed gap in the region," she said. "The woollybutt helps hold the soil together and creates a good environment for other species to grow. It also helps trap organic matter. It has a lot of benefits to keep it within your grazing system."

The temptation may be to put stock on it as conditions improve this summer, but she says wiser heads should prevail to make sure the resurgent woollybutt is not eaten out.

"It's not good to graze it without a break."

Ms Bryant wrote recently: "When managing woollybutt grass, producers should be mindful to be utilising approximately 30 per cent of the foliage (70pc remaining) at each graze followed by a rest period to allow recovery. Perennial grasses can survive grazes below this level in good seasons but their capacity to withstand drought will be reduced and population can decline significantly. 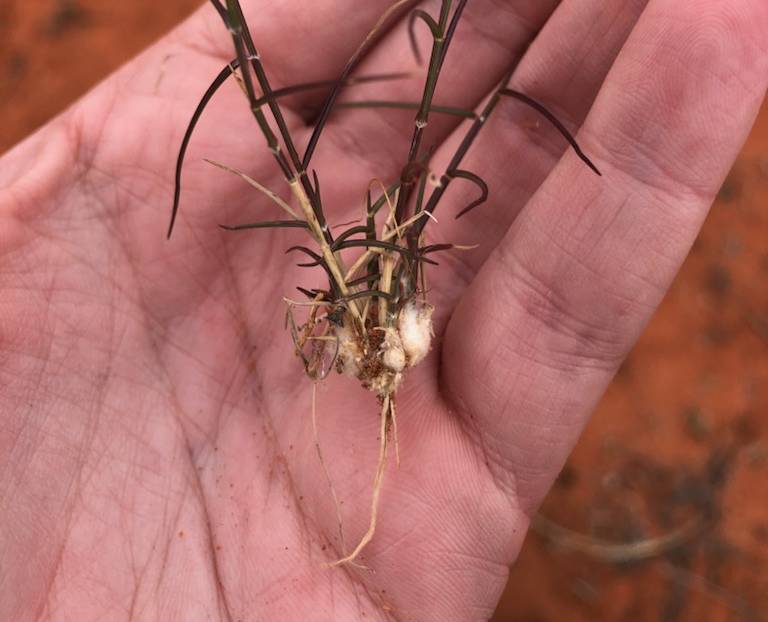 Woollybutt is a valuable pasture asset.

"Woollybutt grass in the region has declined over time due to it having a slow response to overgrazing and prolonged dry periods. The loss of woollybutt grass is a problem as it is the key perennial species in some land types that are now relying on low quality annuals for stock feed and groundcover that is leading to lowered production and degradation of the landscape."

Lachlan Gall, Langawirra, has seen the benefits of woollybutt in dry times. He sees the main benefits of it as: grows on red sandhills; stabilises the sandhills; summer active; big seed producer; tough, coarse, not particularly palatable when dry, but much better than nothing ; a lot died during the Seventeen Twenty Drought (2017-2020) on account of the extended period of zero soil moisture but "making a comeback now".

Grazier and plant expert Martin Driver, Barrabool, says woollybutt should be encouraged and graziers should be mindul of when it is about to go into seed and regenerate. Mr Driver is a trained ecologist and a Project Manager with the Australian Network for Plant Conservation (ANPC).

Mr Driver has held several tours to alert graziers on how to identify woollybutt and other native grasses. He's spent a lot of time as a plant specialist working during the terrible drought of 1982-83 when he said there was hardly a blade of grass to study in parts of the Western Division.

In the last year though he's never seen perennial native grasses look better in some areas of the Western Division. But woollybutt had been hit hard by the severe drought in the south. 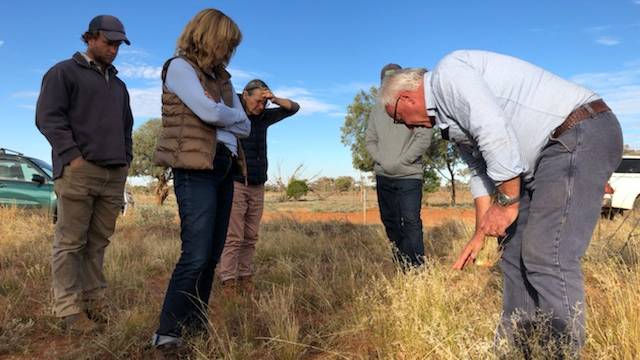 "In the long extended drought it's really suffered," he said. Box grass was another species to suffer.

"It's a good thing if landholders can know and observe the plants and to encourage them to seed, and just be observant of seedlings when they emerge, and to manage some of their grazing. There's pressure also from goats and kangaroos of course and managing goat numbers (now worth their weight in gold) is also important and roos through judicial culling."

Keeping woollybutt may mean taking the sheep off for just a few weeks. "A lot will depend on how much rain you've been getting," he said.