An online sale failed to dampen enthusiasm for The Glen Angus, with a $2000 jump in average price. 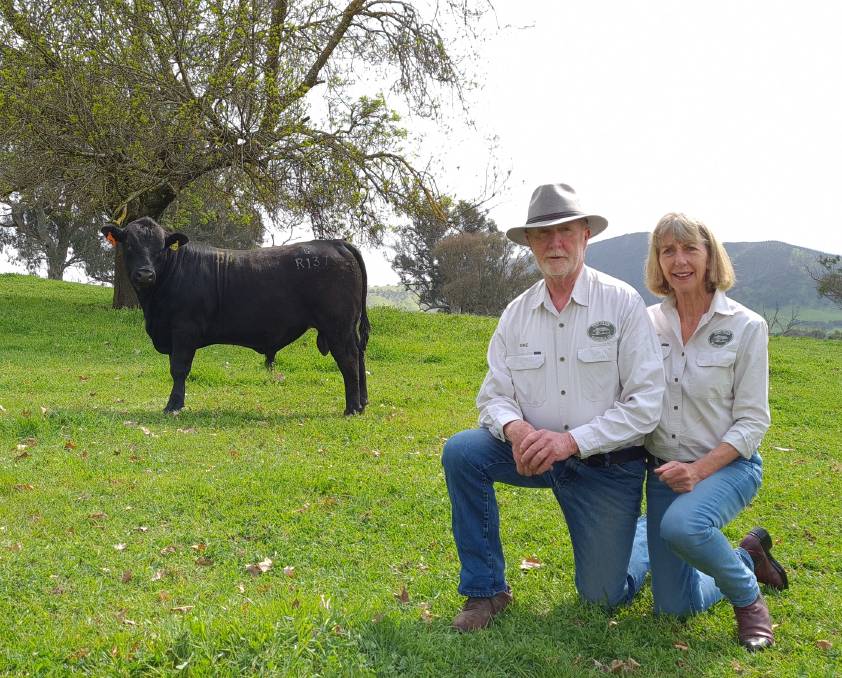 CORONAVIRUS lockdown restrictions saw about half the bulls at The Glen, Walwa's sale go to online bidders who helped push the average up by about $2000 on last year.

Stud co-principal Mike Gadd said despite the fact many buyers couldn't attend in person, the $21,000 top price was reflected in a 35 per cent increase in the sale gross.

"COVID-19 travel restrictions, lockdowns and the Victorian border closure excluded most of The Glen's New South Wales clients from attending," Mr Gadd said. "About half of The Glen's clients are based in NSW, so we are grateful for the work put in by the agents and to AuctionsPlus for the service they provide."

Mr Gadd, and wife Joy, said it was a very pleasing sale, given the interruptions to travel plans due to COVID-19.

The 14-month-old bull had an estimated breeding value (EBV) in the top one per cent of the breed for retail beef yield (+2.9).

The volume buyer was a repeat client, Richard Wilton, of Nioka Past Co, Pulletop via Holbrook, who purchased five bulls to a top of $14,000 and average of $8600 across the draft.

IN OTHER NEWS: Telpara Hills clears all in second sale

Another volume buyer was a new client, RC Otto and KL Findlay, Tallandoon, Vic, who bought four bulls to $7500.