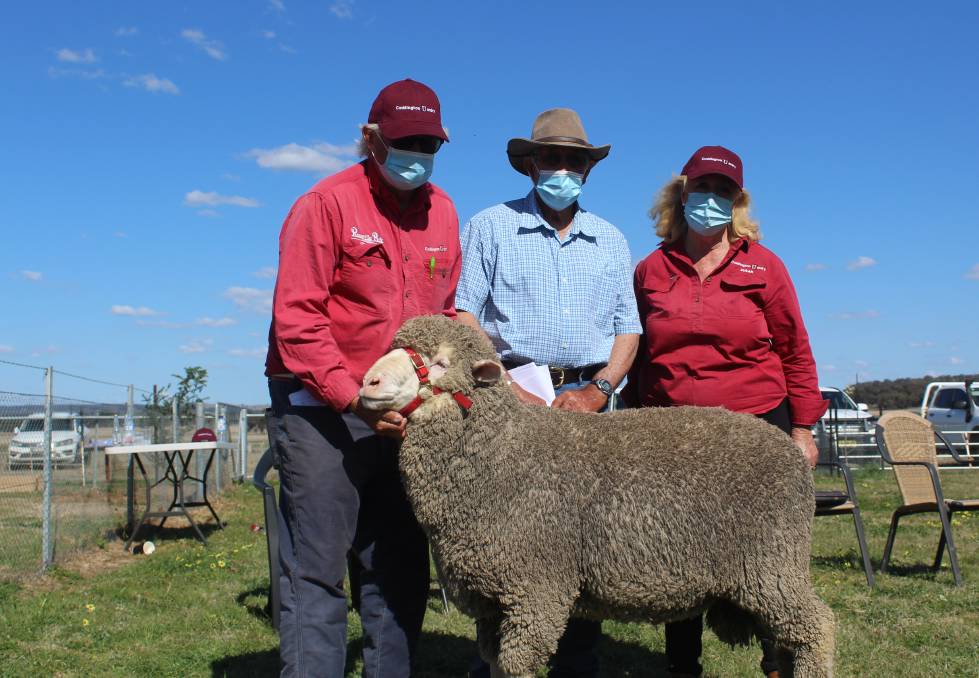 Local and interstate commercial woolgrowers snapped up the entire draft of 120 Poll Merino rams to a top of $7500 and to an average of $2354.

Commercial woolgrowers from as far afield as Tambo, Qld, Goondiwindi, Qld and Flinders Island, Tas, snapped up the entire draft of 120 Poll Merino rams to a top of $7500 and to an average of $2354.

Vendor Graham Coddington said he was very pleased with the result.

He said the draft this year had been very even, with quality right throughout.

"Our clients upped their mark a bit to pay more because the quality was there."

Just moments before, Mr Bennetts had also secured lot 1 at $5500.

Mr Bennetts said the ram had everything he was looking for. 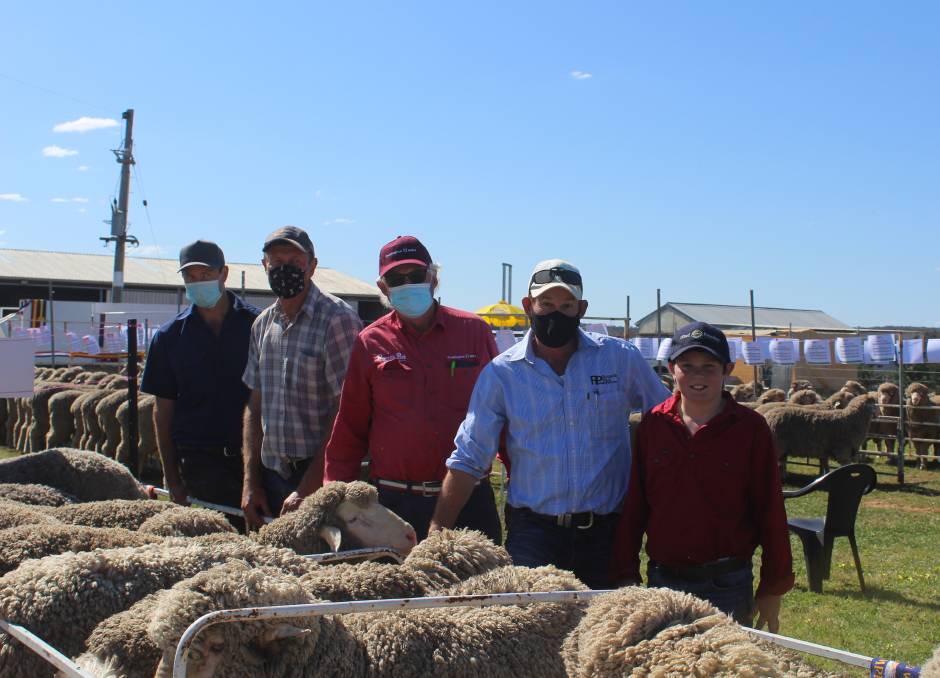 Out for the day were purchasers Alan and Terry Nagorcka, Alpine Parks, Parkes, with vendor Graham Coddington and Matthew and Tim Coddington, Roseville Park, Dubbo.

Mr Nagorcka said that for three decades, the stud's rams had kept the dust out, weighed well and lambed well.

"I'm very happy with Graham's progeny. I love them to death," he said.

"The rams I bought today are deep-crimped, high-loched, with a low micron, good eye muscle and bodyweight, and wool that will keep the dust out in the red soil at Parkes.

"We hope to produce two lots of lambs to make the rams work a bit harder each year and get our money's worth." 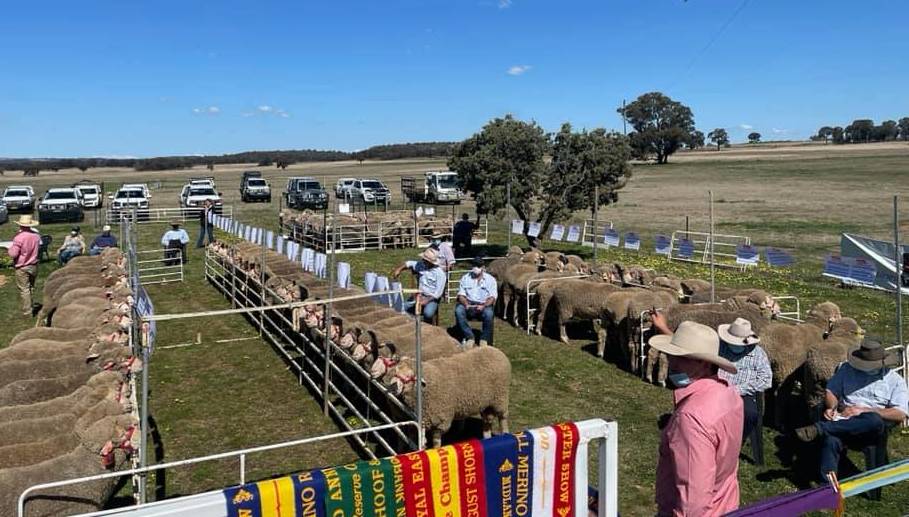 Also among the buyers was Greg Sheather, Myora, Tooma, a first-time purchaser who this year secured two rams to an average of $3,375.

Mr Sheather said the rams would be joined to five-year-old ewes as part of a new breeding program.

"I've known Graham for a long time but I'm just getting back into farming," Mr Sheather said.

"I'm in the market to purchase rams at the moment and I'll buy ewes over the next two to three months as people wean the lambs off their five-year old-ewes."

Mr Sheather said it was the rams' wool qualities that really stood out to him.

"The rams have a very waterproof wool and I can take them to a high rainfall environment," he said.