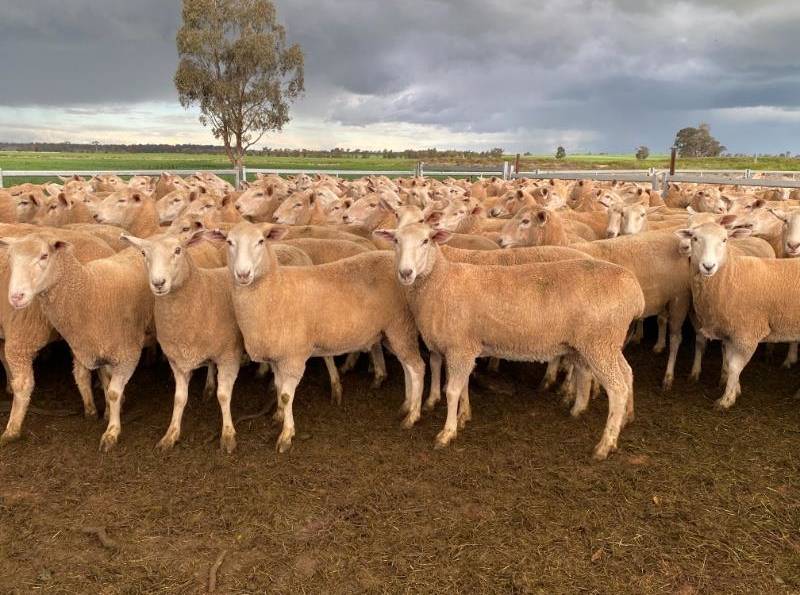 A complete clearance of 2619 first-cross ewes at Narrandera.

Coming off a fantastic season, there was an outstanding yarding of 2619 first-cross ewes at Narrandera which recorded a top price of $500.

Elders, Narrandera, agent Dom O'Mahoney reported a strong contingent of buyers and some were unlucky to miss buying the sheep they wanted.

"It was very strong at the top end but faded towards the end of the yarding," he said.

Next in line was the pen of 180 NSM 14- to 15-month ewes sired by Gleneith Super Borders offered by the Kember family, Ganmain.

The sale was conducted by Elders and Nutrien, Narrandera, and was interfaced with AuctionsPlus.