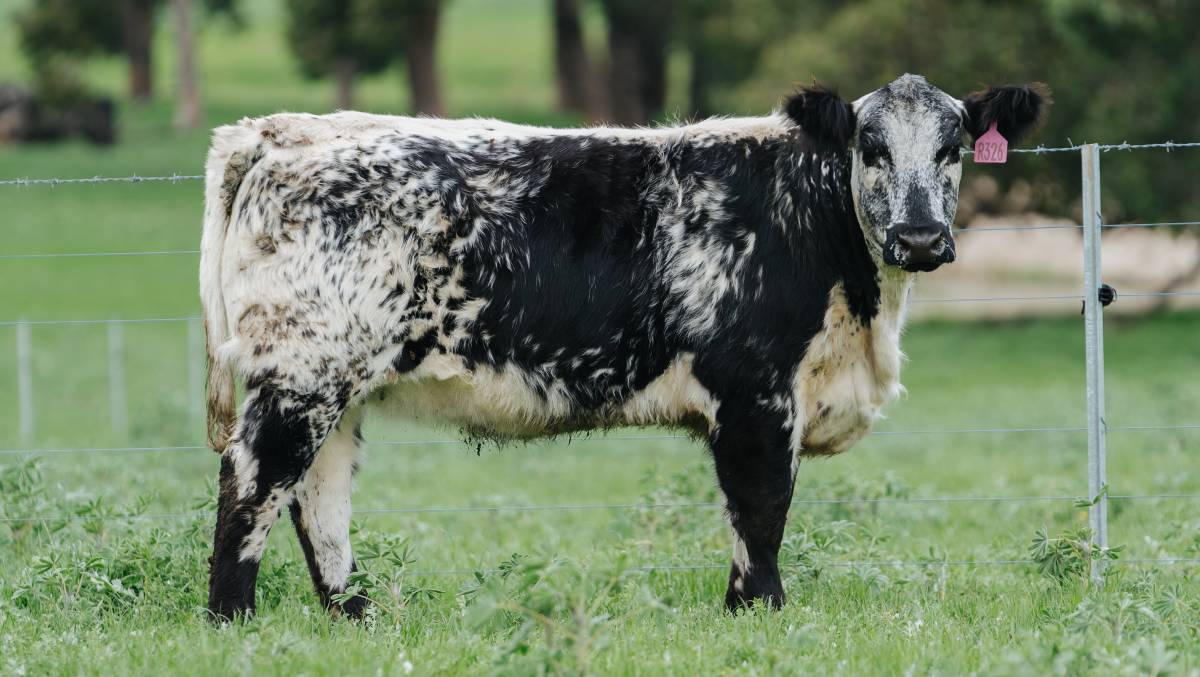 Interstate interest in the Western Australian based Kamarah Speckle Park program fuelled the bidding in its inaugural sale.

A STRONG focus on producing quality breeding stock and genetics that will deliver crossbred calves for the premium meat market were appreciated by widespread new clients at the inaugural Kamarah Speckles Sale in Western Australia.

Four of nine embryo packages sold, resulting in the 16 embryos averaging $1150 per embryo. Semen packages topped at $115 a straw.

RELATED READING:Speckles in the Capital sale peaks at $51,000

It was a 15-month-old heifer, Kamarah Rhae R326 which caused the largest bidding war online and in the room, eventually selling for $18,000 to Black Diamond Speckle Park, Macorna, Vic.

Sired by Lauaki L275 and out of Kamarah Necklace N11, the stylish speckled-coloured heifer is an exciting addition that will infuse new bloodlines into the Van der Drift family's stud

Wattle Grove Speckle Park, Oberon, purchased five sires at an average of $5200, a heifer for $6000 and an embryo package of four embryos out of Kamarah Lyndee sired by GNK 61Y Codiack Putnum for $1000 each. They paid a top of $6000 for a Minnamurra Marlin M4 son.