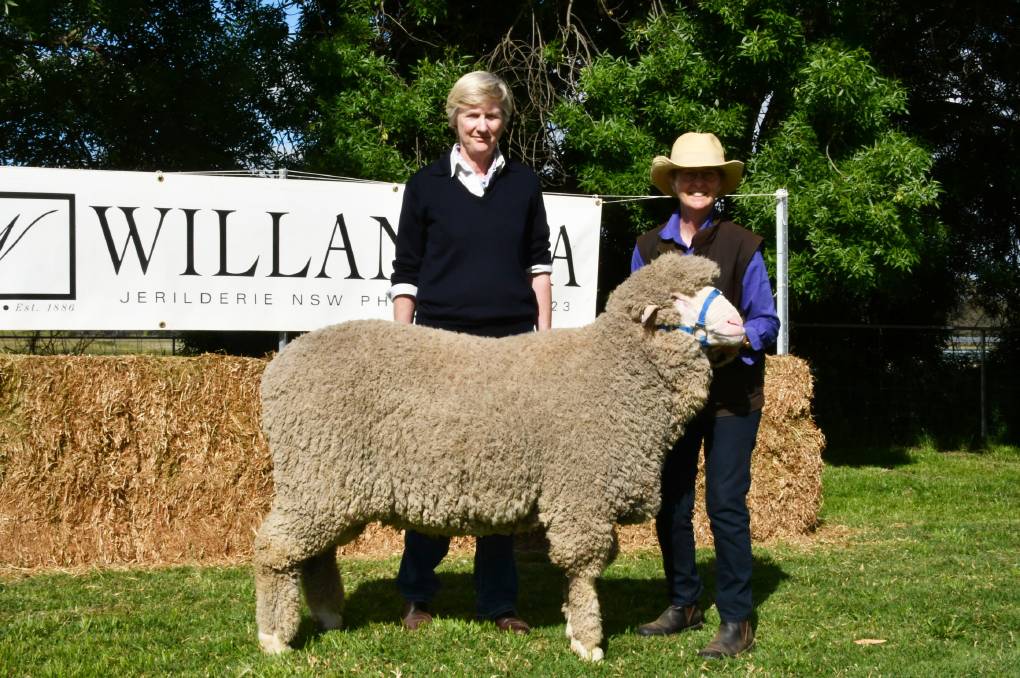 Opening the sale was, Australian Wool Innovation Chairman Jock Laurie, Walcha, who encouraged the wool growers to keep doing what they were doing and his board were working hard on research and development and marketing to keep the Australian wool industry as one of the premiere fibres in the world.

The general feedback across the buying gallery on the day was they wanted really well nourished, white wools to take back to a variety of different climates and rainfall areas and the Willandra sheep offered that flexibility.

The top poll ram was bought by Michelle Humphries, Brookevale Pty Ltd, Jerilderie, by the IMP sire line, going back to the Willandra Impact and Wallaloo park 422 sires.

The first ram of the day sold to Towalba Merinos, Peak Hill, for $5500, weighing 123 kilograms and went back to the Wallaloo Park 422 sire line with stats of 17.7 micron, a standard deviation of 2.8, coefficient variation of 15.8 and 99.8 percent comfort factor, with an impressive 42.5 eye muscle depth 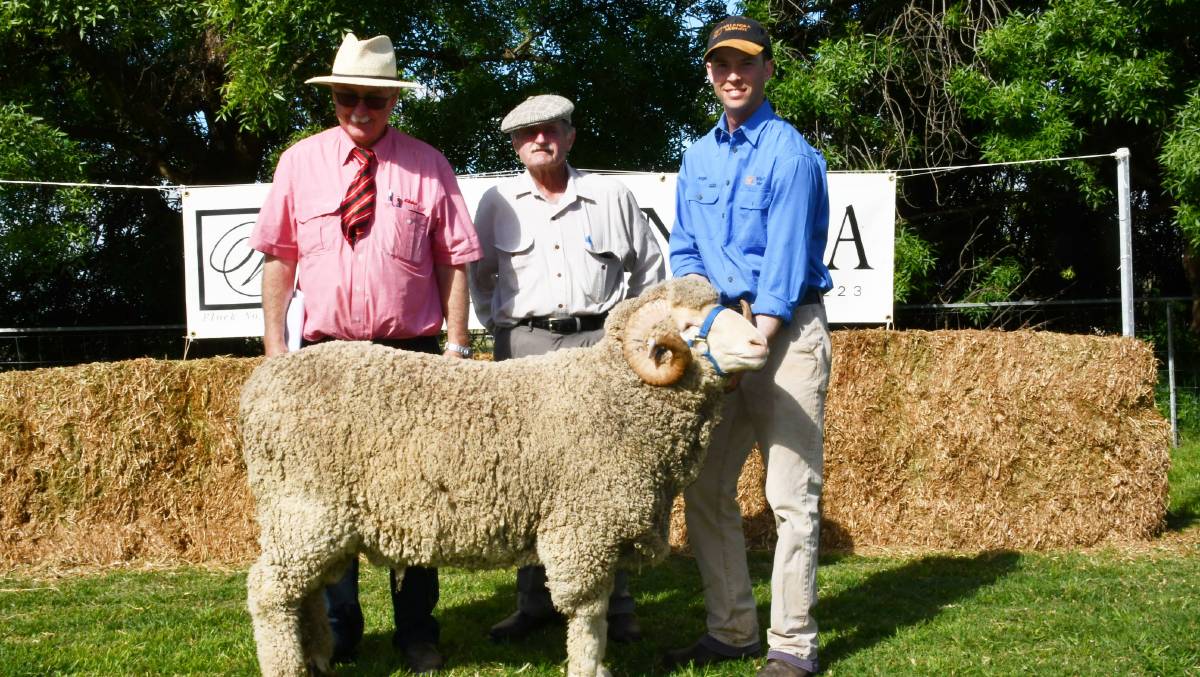 The top Merino ram sold to long time supporter George Simpson, Yooroobla Merinos, Jerilderie, for $10,000, who has bopught at Willandra since 1994.

Mr Simpson said the ram was a fairly traditional ram for him, with a well defined crimp, great nourishment, with a good productive skin.

"I have got to a point where I needed some new genetics and this fella with his Wallaloo Park genetics offered that in a ram i was used to buying from the Wells family," he said.

The other stud competition on the day came from another repeat buyer in Aaron Granger, Rogara Poll Merinos, Goulburn, who snapped up to stylish Poll siores for $6500 and $4000.

The volume buyers then took the reins of the sale and were hard to beat, with a quartet of buyers jostling for position in front of the auctioneers, leaving individual buyers having to open the shoulders to beat them.

They were lead by the Sleigh family, Sleigh Pastoral Company, Jerilderie, with Andrew and Sam tag teaming at times to secure the 20 rams they loaded at the end of the day to tops of $5500 and averaging $2863 across their draft.

Hot on their heels was the team from Merri Merri Pastoral, Gulargambone, who paid to $5000 highs, while averaging a respectable $3368 across the 19 sires they were taking North.

Robert Bull, Orange and Rod Temple, Trunkey Creek, kept them honest and at times frustrated as they set a benchmark on the hotly contested rams, securing 12 rams to a top of $6500 and averaging $3938.

Mr Bull said they were chasing rams that would suit their high rainfall country, with long staple, white wools on good frame.

"We need productive rams that can come from this Western country and handle our 28 inch rainfall, buit still have the ability to cut a lot of wool and turn off a big wether at the same time," he said.

The rams will be joined to 900 ewes, averaging 19 micron, of which some will be full blood Willandra ewes.

Keith and Debra Lord, Junee and children Andrew, Gregory and Evie, paid to $5000 on three occasions to secure 10 rams, averaging $3400.

The Lord family runs 3500 ewes, averaging 19 micron and have been buying rams at Willandra for 36 years and chase good heavy cutting rams with size and shape.

Mr Coombe said the Young area was changing, with increased rainfall and these rams need to be able to handle the 26 inch rainfall and this is why the wool quality was paramount for us.

"We needed to be selective in wool type as they will be joined to 7000, 19 micron ewes and we need to make sure we maintain the wool quality," he said.

The sale was conducted by Elders and Nutrien with Nick Gray and Rick Power as the auctioneer.

Sponsored by
Two rams selling at $10,000 each to the one buyer set the pace from the first lot at the 13th annual Bella Lana Poll Merino stud sale of the Brien family at Dripstone near Wellington.
Test
Heifers and and cows seem to be top of buyers' shopping lists in the past week
Test
Robertson-based artisan cheesemaker and co-owner of Pecora Dairy, Cressida Cains, was announced runner-up in the nationwide 2020 AgriFutures Rural Women's Award on Wednesday night.
Test
Some of Saturday's storms could become severe, particularly over northern NSW.
Test
If there's one thing that can dig us out of this COVID-induced economic hole it's agriculture
Test
The rain induced competition has flowed through to the Eastern Young Cattle Indicator which hit a record 1064.58c/kg (carcase weight) on Tuesday evening.
Test
Hundreds of shearers could enter our shores thanks to a resumption of the travel bubble.
Test
Farmers and harvest contractors are facing a shortage of experienced and skilled workers to assist with harvest operations due to COVID-19 movement restriction. Tocal College has developed courses to help out.
Test