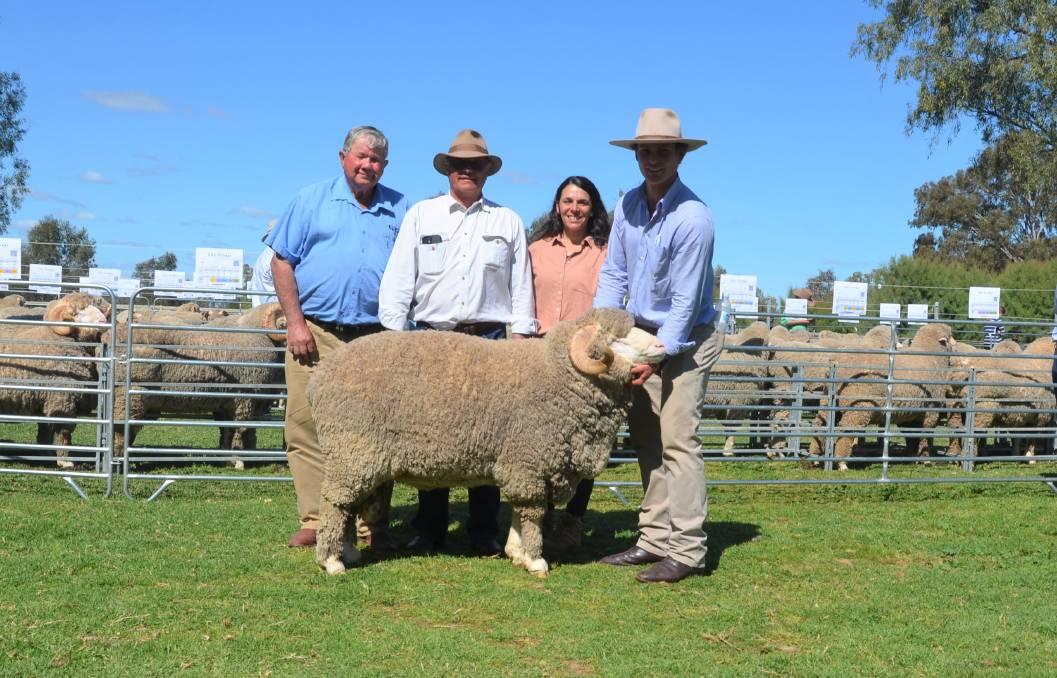 Horn rams in demand at The Yanko.

The Cameron family achieved a total clearance of 100 rams for an average of $2603 and top of $8000 at their on-property sale on Thursday.

It was the first time the Jerilderie stud had featured 100 rams in the catalogue, but there was no shortage of demand, the average the best ever recorded by The Yanko.

In the breakdown it was horned Merinos who attracted the most attention, with 48 averaging $2854, but Poll rams were not far behind, 52 selling for an average $2370.

Stud principal Ian Cameron said they were very excited by the results.

"It was a great average and was very consistent throughout the auction," Mr Cameron said.

"We used him in the AI program for two years and this is the first progeny we've had and he's been very consistent," Mr Cameron said. Graham and James McDonald, McDonald Bros, Condobolin, bought 15 rams for an average of $2250.

His purchaser, Mr Norman said the ram fit their index and would be put into their stud program.

It was the second year buying from The Yanko for Mr Norman and he said they were about to lamb mark the progeny of last year's purchase.

"He's just a very correct, pure poll ram that had a good white wool and great carcase underneath," Mr Cameron said of the ram who showed off a YCFW of 39.4 (top five per cent) and post weaning weight of 7.3 (top 10 per cent).

He was one of four Iandra purchased on the day for an average of $4375. 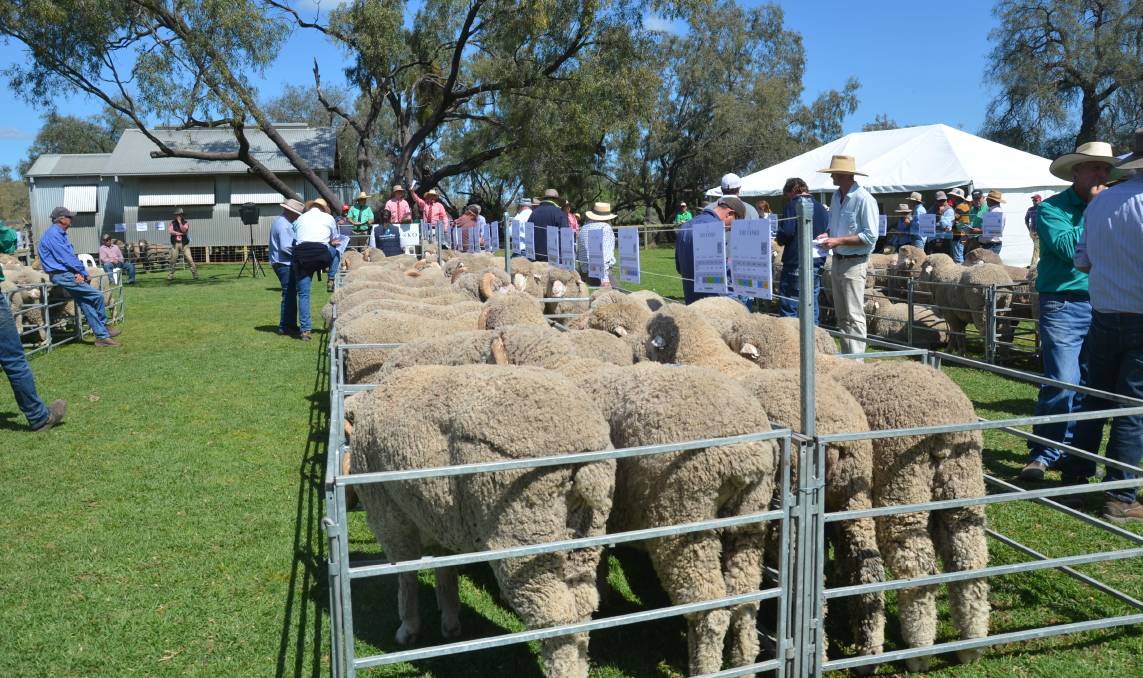 It was a stunning sale day at The Yanko.

The $5000 price tag was also reached for a horned ram, YKO 200041, who was purchased on AuctionsPlus by long time clients Nauvess Pty Ltd, Euroa, Vic.

It was one of four rams bought by AuctionsPlus buyers.

Volume buyers on the day included Western Division clients, Clare Partnership, Clare Station, who bought 16 for an average of $1563.

McDonald Bros Farming, Condobolin, took home 15 for an average of $2250.

It was McDonald Bros Farming's sixth year buying from The Yanko and James McDonald said they were looking for heavy wool cutting rams with good body scores.

Kingston Partnership, Yarrawah, The Rock, rounded out the top buyers, purchasing 14 for an average of $2607.

Rams headed across NSW - with Riverina bidders particularly strong - and into South Australia, Queensland and Victoria.

The sale was settled by Elders with support from Nutrien and Nick Gray (Elders) and Rick Power (Nutrien) took the bids.