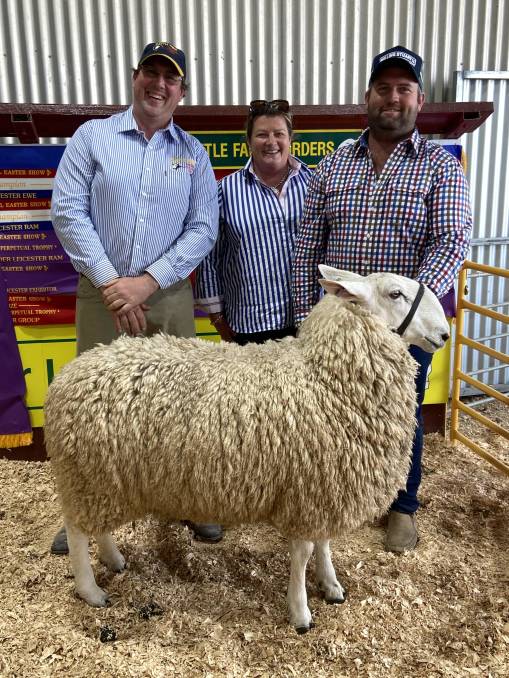 "It couldn't get any better," was how Jeff Sutton described the 10th annual production sale for his Wattle Farm Border Leicester stud, Temora.

An increase in the average prices paid across all three categories of stud Border Leicester's and there was also a complete clearance of the 11 stud rams, 80 flock rams and 32 stud ewes penned.

The upstanding ram, was described by Mr Sutton as an 'outstanding sire prospect.'

In the flock ram offering, top price at $5500 was paid by repeat clients David and Jenny Thompson, Illabo, who selected a draft of 11 rams for average price of $4090.

In the offering of stud ewes, top price at $2000 was paid by Darren and Ronan Crain, Wagga Wagga, who also purchased at the top end of the flock ram offering.

With first-cross ewes selling for $500 in recent auctions, studmaster Jeff Sutton said it was an 'outstanding sale, and helped by the recent returns for first-cross ewes'.

"The demand for quality Border Leicester rams was evident and the sheep were in good order," he said. "We were very well supported by repeat buyers and new clients who were interested in our genetics."

The sale was settled by SBBL, Narromine, along with Nutrien, Wagga Wagga, with Jason Hartin (SBBL) and Tim Woodham (Nutrien) sharing the rostrum.