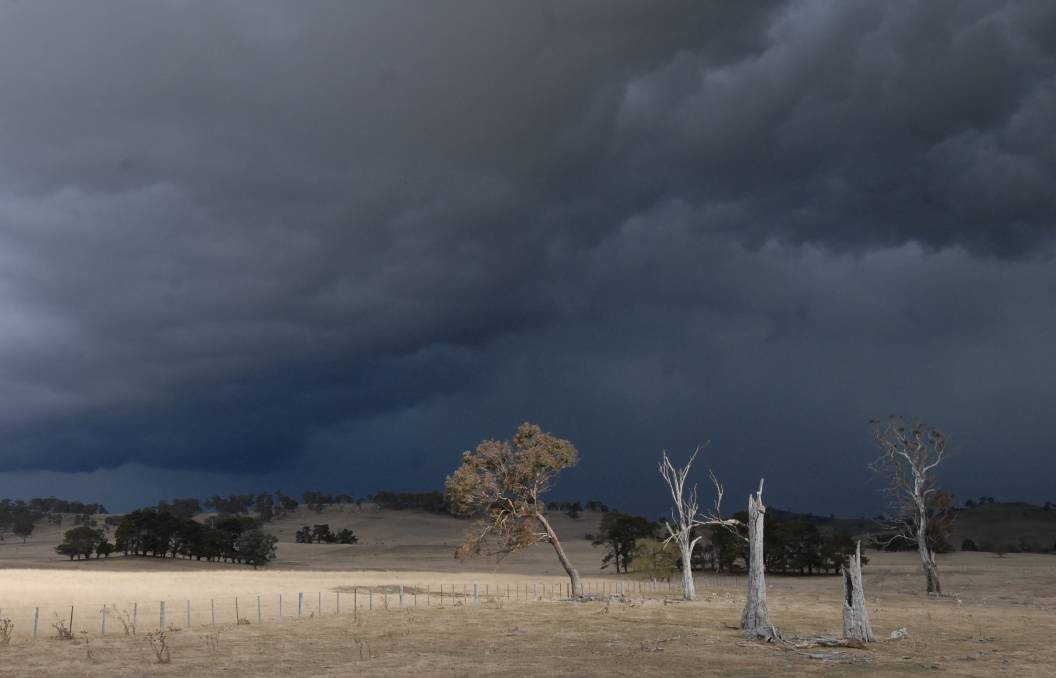 A broad upper-level low pressure system interacting with moisture-laden air from the tropics is causing this week's wet and stormy weather.

Severe thunderstorms are again likely on both days, with damaging winds, large hail and heavy rain all a risk.

A multi-day outbreak of rain and thunderstorms is affecting NSW this week, with more on the way during the next couple of days.

A broad upper-level low pressure system interacting with moisture-laden air from the tropics is causing the wet and stormy weather.

It's the first substantial outbreak of rain and thunderstorms we have seen so far this spring and it is impacting most of NSW and several other states in eastern and south eastern Australia.

Showers and storms started to build across eastern Australia on Tuesday and by Wednesday, more than half a million lightning strikes had been detected within an 800 kilometre radius of Cobar over a 24-hour period.

On Wednesday, the rain and storms became more intense and widespread as the system moved further east, allowing it to feed of increasing levels of moisture flowing in from the Coral and Tasman Seas.

This resulted in heavy rain and severe storms in some areas.

Showers and thunderstorms will continue over a broad area of southern, central, eastern and northern NSW on Thursday and Friday.

Severe thunderstorms are again likely on both days, with damaging winds, large hail and heavy rain all a risk.

While there will still be some showers and storms in the state's east on Saturday, conditions should ease over the weekend as the atmosphere becomes more stable.

Most inland districts of NSW will see rain this week, except for some areas in the state's far west and northwest.

The heaviest falls are likely to occur to the west of the Great Dividing Range, where accumulated totals of 30 to 60 millimetres are likely over a broad area of the slopes, plains and tablelands by the end of the week.

Be sure to stay up to date with the latest severe thunderstorm warnings in your area during the next couple of days.