A flooded farm at Wingham. Photo by Billy Callaghan @Billy C drones. Wingham set the biggest rain total for a three-day period since 1967 in the March downpour.

Support for industries from aquaculture to dairying

A new $80 million flood relief package will be announced today to help farmers and industries hit hard by the February-March floods.

There'll be $50m directly for primary producers to seek grants to replace lost stock or infrastructure damaged in the floods, The Land can reveal.

Another $30m will be directed at giving industry support and helping sectors such as the oyster industry get back on its feet.

NSW Deputy Premier John Barilaro said "storm and flood impacted towns cannot afford to suffer further job losses and economic downturn, which is why we are delivering this funding to keep our key regional industries in business".

He said the Department of Regional NSW has consulted widely to see what industries and projects needed support.

The Minister for Emergency Management and National Recovery and Resilience, Senator Bridget McKenzie said the floods and storms in February and March had a devastating impact on the agricultural industry.

"The $80 million Industry Recovery Program will directly assist primary producers to get back on track and will also have a flow-on effect to other businesses and communities that rely on these industries to remain viable into the future," Minister McKenzie said.

"This joint Commonwealth-NSW funding includes $50 million in co-contribution grants for eligible primary producers from the agriculture, horticulture and aquaculture industries as they rebuild and recover.

"The Supply Chain Support grants of between $30,000 and $100,000 will assist primary producers in the most practical of ways, such as repairing damaged infrastructure, replacing lost livestock, and accessing vet or pest management advice." 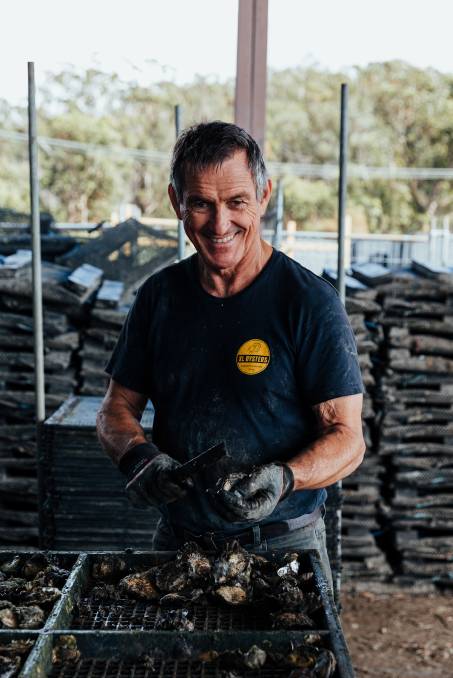 Oyster farmer Don Burgoyne of XL Oysters was hit also by the floods and welcomes the support.

He's been farming oysters in the Port Stephens area for over 35 years. Starting a science career in Sydney, Don signed up for a sea-change, moving with his wife and kids to Lemon Tree Passage.

He joined the family business and hasn't looked back - until the floods.

Don says the entire oyster industry has been significantly impacted by the floods.

The grants of between $30,000 and $100,000 will assist primary producers such as repairing damaged infrastructure, replacing lost livestock, and accessing vet or pest management advice.

For example, a dairy farmer could receive money to repair or replace damaged milking equipment or a cattle farmer could apply for funding to cover the costs of replacing stock that died during the floods.

A further $30m will soon be available for projects to support industry-wide recovery, such as for the oyster industry. The Department of Regional NSW will work with industry to identify these projects.