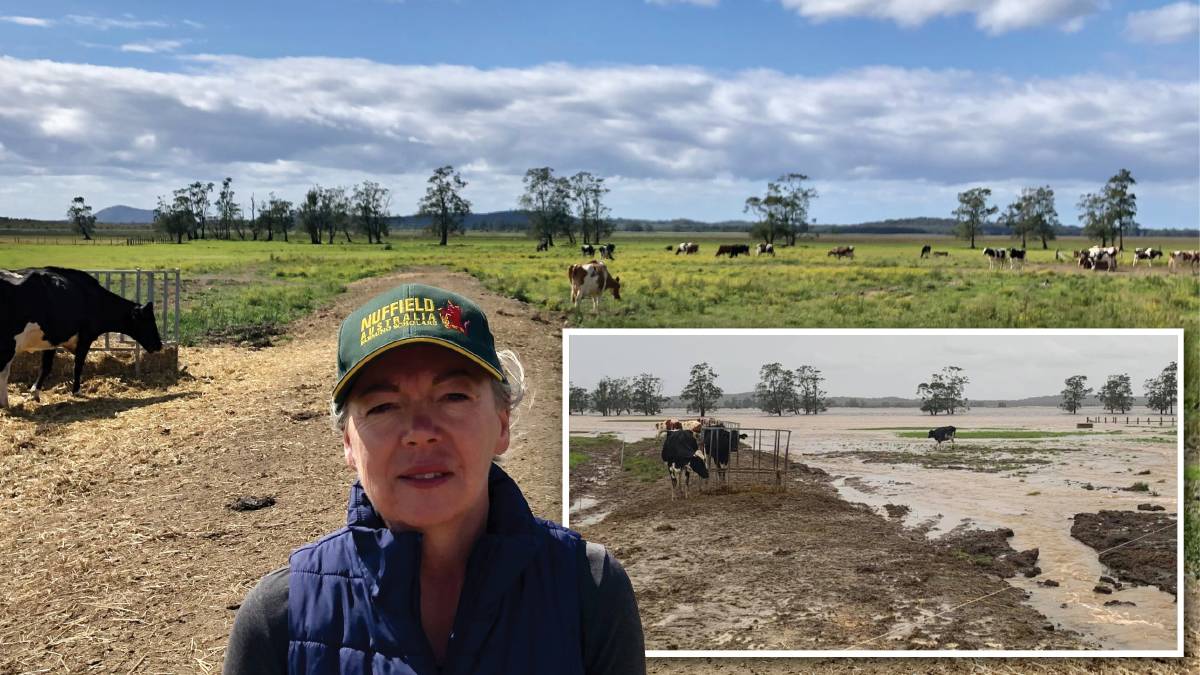 Belmore River dairy farmer Sue McGinn on the feed pad at her property, which was under water six months ago. Photo: Samantha Townsend/Sue McGinn

The image of Sue and Brett McGinn's dairy farm today is a stark contrast to what it was after the March floods devastated farmland on the Mid North Coast.

Six months ago the McGinn's property had 360 degree lake views, cattle stood in mud and pasture was lost due to floodwaters.

But the image of their farm today on Belmore River near Kempsey is a stark contrast to what it was after the March floods devastated farmland on the Mid North Coast.

And for the first time Sue and Brett McGinn have a smile on their faces as they are finally on the road to recovery.

"It's been a tough six months," Sue said as she looked over her paddocks.

"It's so overwhelming when you have an event like this.

"There is everything from cattle health to pasture reestablishment to worry about. It's not just the workload ahead but also you need to find the money to go through the recovery phase.

"An important part of the initial recovery has been the generosity of friends and various rural aid charities in supplying donated fodder."

Sue said the turning point came not long after the floods when the NSW Government announced the $75,000 natural disaster grant, which they used entirely to feed their cattle.

Looking back Sue reflected on a difficult and long six months that was now behind them.

"We knew when the flooding occurred that we would need to wait for spring for any pasture recovery and the opportunity to feed grass again," she said.

"We are well and truly on the road to recovery now that we can see pasture growth and the days are getting longer and warmer, which is what we were waiting for.

"When that turning point came, it felt like there was a financial future and a huge load was lifted from our tired shoulders."

As a consequence of the muddy conditions, some of their cows contracted environmental mastitis.

But Sue said that advice from the team at Dairy Australia allowed them to be able to get on top of their milk quality as conditions improved.

"Our cows are now sending first grade milk, which is a real achievement," she said. 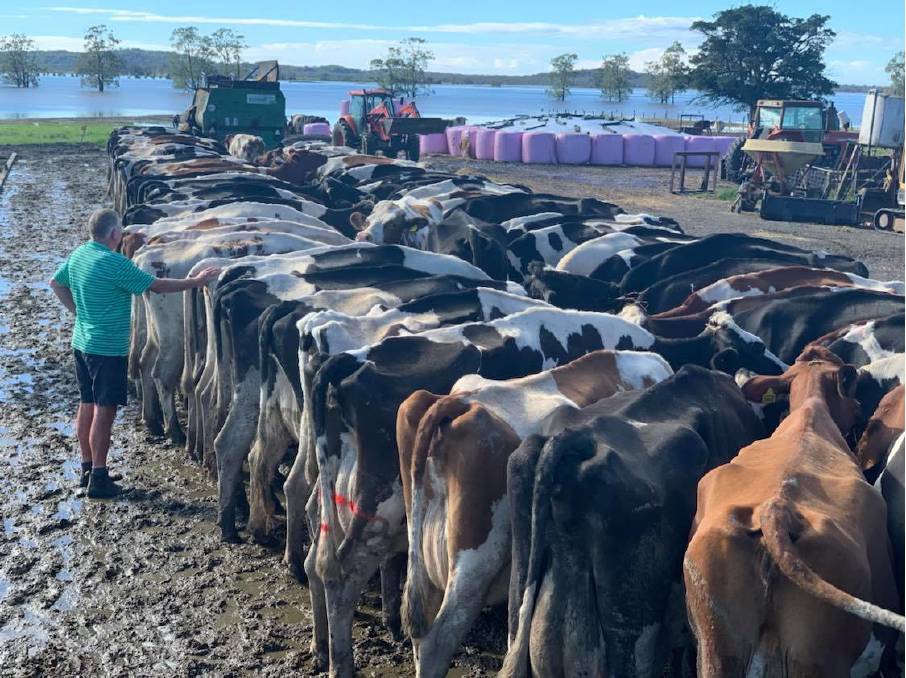 The McGinns are no strangers to floods having gone through many in the past 27 years they have lived in the region.

However she said this was the worst experienced because almost all of the farm was underwater for around 10 days, starving the improved pastures of oxygen.

"Every time we experience a disaster like this we hope we never have to go through it again but we've learned to become more resilient by making infrastructure improvements so that we can withstand these challenges," she said.

"As funds have allowed, we've built a feed pad, silage bunkers and purchased tractors and feedout wagons, which help us to control our daily feeding regime.

"This is key to producing large volumes of milk from healthy dairy cows no matter what Mother Nature dishes out."

But in a twist of fate, Sue said; 'the funny thing is now we need a shower, I never thought I would say that."