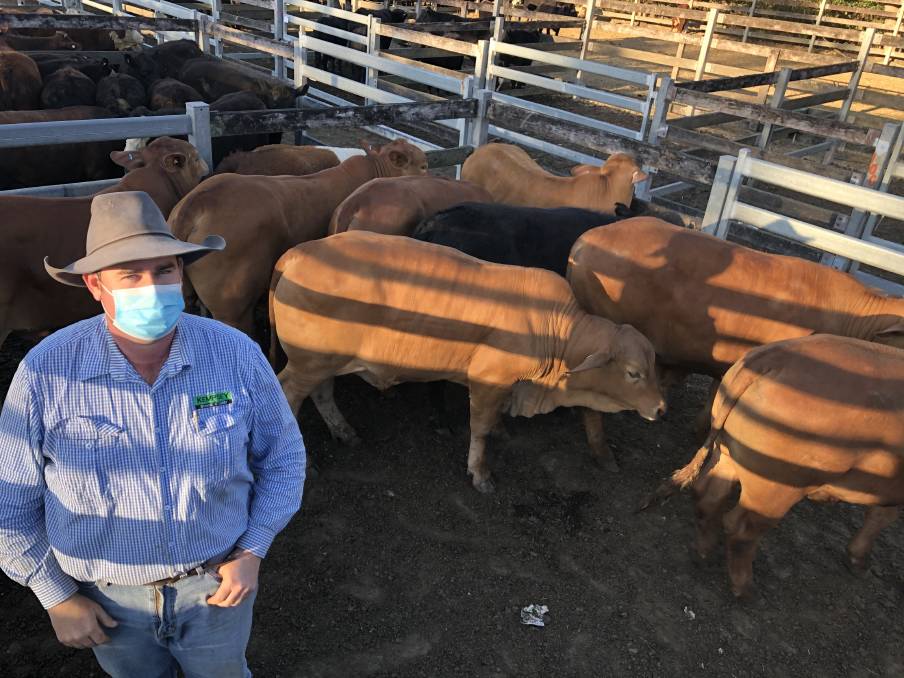 NSW saleyards such as Wagga Wagga, Dubbo, Tamworth and Gunnedah all recorded averages for young cattle well above the Eastern Young Cattle Indicator in the past week.

POWERHOUSE saleyards such as Wagga Wagga, Dubbo, Tamworth and Gunnedah all recorded averages for young cattle well above the Eastern Young Cattle Indicator in the past week.

NSW sale results are keeping the EYCI near record levels and it speaks volumes about the quality of the spring vealers and yearlings offered right across NSW in the past fortnight.

A quick glance at the average figures for young cattle across all major NSW saleyards indicates all but two selling centres sit well about the EYCI this week.

The Queensland sales of Roma and Dalby (which contribute more than 40 per cent of the cattle to the EYCI calculation at the moment), in contrast, have been unable to match the spirited bidding in the southern sales and, as a result, their averages are below the EYCI.

Inverell business gets a beefy boost

MEAT processor Bindaree Beef at Inverell will ramp up production and processing and employ an additional 200 full-time staff following a $4 million grant from the NSW Government's Regional Job Creation Fund.

Minister for Agriculture Adam Marshall said the funds would enable Bindaree, which will also invest more than $4 million in the project, to build a training facility, a staff wellbeing centre and expand its boning room floor, creating 200 new full-time jobs at the plant.

"Adjustments will be made to the abattoir's boning room in order to significantly boost its ability to process and package more of its award-winning meat products," Mr Marshall said.

"A wellbeing centre will be added to improve safety standards, while an innovations and training centre will ensure Bindaree is upskilling local people, drawing them into the industry through a skills-based training program."

"The capital works that we are committing to will increase our ability to value add the carcase to supply customers further down the supply chain," he said.

"In the 26 years that Bindaree has been at Inverell, we have never seen a brighter opportunity for Australian beef on the world stage."

BOWE and Lidbury agents at the Maitland prime cattle sale on Monday celebrated a new saleyards record for vealers, which hit 796 cents a kilogram (liveweight).

Overall, the yarding was better quality and included a good run of mixed-sex Angus and Euro weaner steers.

The young cattle selling to restockers were about 10c/kg dearer.

"They were black Limousin vealers that weighed 157 kilograms and returned $1253 a head," he said.

Cow prices were also a highlight and the tops sold for $3294 a head.

Mr McDonald reminded vendors and buyers that there won't be a prime cattle sale at Maitland on Monday (October 4) due to the public holiday.

"Our next prime sale will be October 11," he said.

The annual female sale run by Bowe and Lidbury agents has been set for Saturday, October 30, and Mr McDonald said they were now taking entries for the special event.