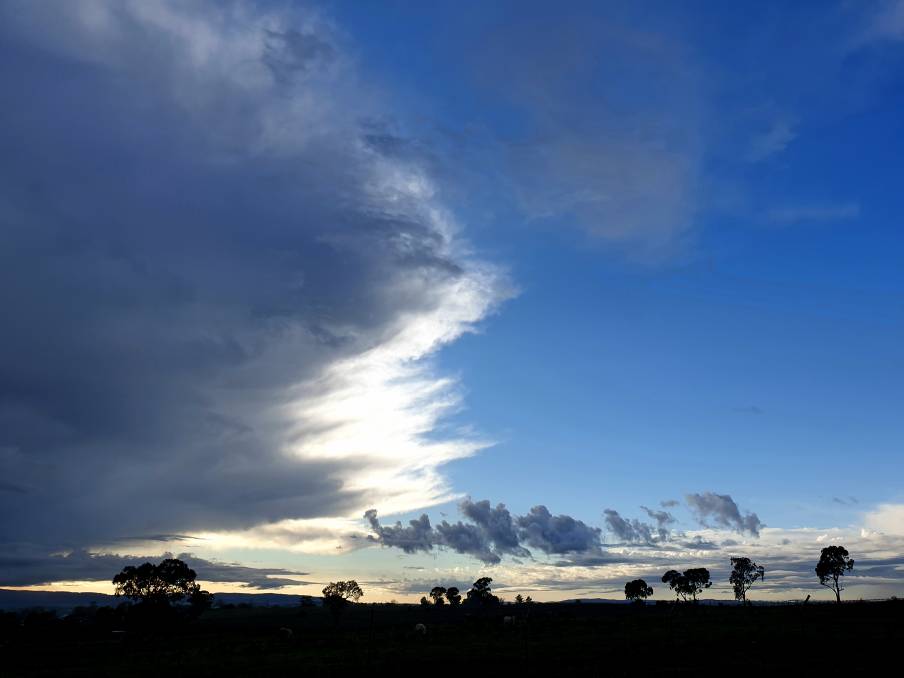 Reader Sharyn Semmens snapped this photo of storm clouds moving in before the weather got more severe. Photo: Western Advocate

A tornado has ripped through the central west causing damage in a 30 kilometre line, the Bureau of Meteorology (BOM) has reported.

In a statement BOM said there were reports of damage to houses, powerlines and trees around the Clear Creek area, north north-east of Bathurst

"From current reports, we have indications of damage over a 25 to 30 kilometre line, running roughly north-west," the statement sad.

This tornado is part of a larger weather system that the BOM has been warning about for the past several days that is bringing severe thunderstorms to numerous parts of NSW and the ACT.

"It was quite a significant wind event that tore the roof off a house out at that way," he said.

"Volunteers were out there, doing some reparation work, just assisting with the tarping down of the roof and that sort of stuff."

At this state, BOM said more warnings were current and more storms are currently occurring across numerous areas, so people need to check their local areas as the situation is volatile.

The NSW State Emergency Service and Police are in attendance and assisting those who have been impacted.