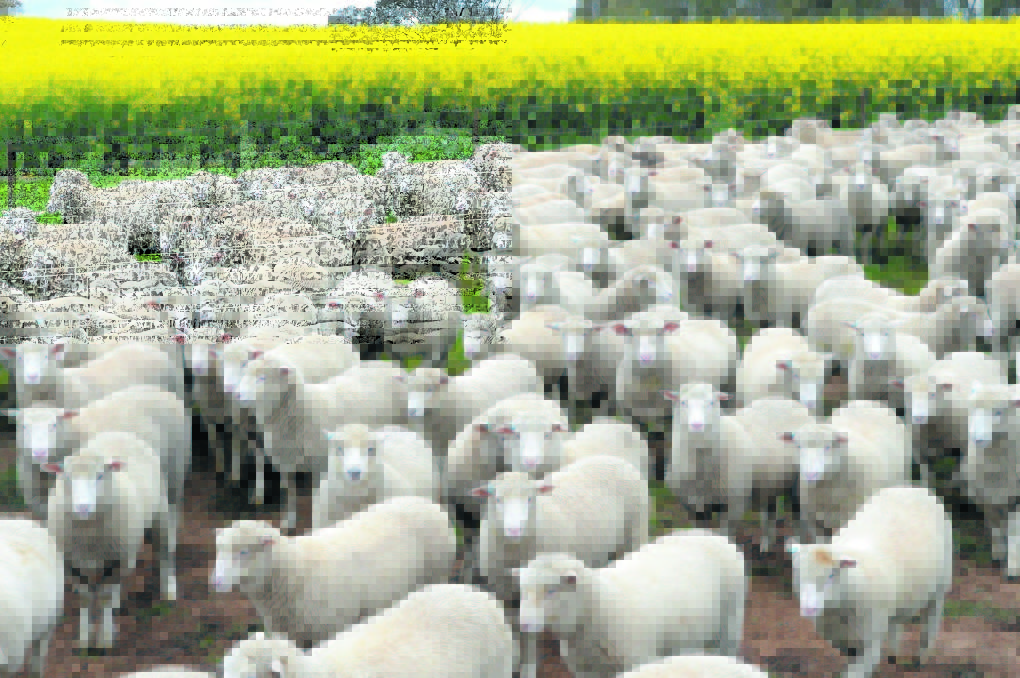 NSW lamb indicators all slipped this week, but prices remain strong compared with past years.

LAMB prices have come off the boil in the past week and quality may be part of the reason.

As more spring lambs start to hit the markets and old season lambs drop right off, there have been reports at some big NSW selling centres, such as Wagga Wagga's prime sale last Thursday, that the quality has been variable.

She reported there were plenty of new season store lambs offered, but the quality was mixed.

Likewise, there were 9750 new season lambs penned at Forbes on Tuesday and MLA reporter Krystelle Ridley said prices fluctuated with quality, but slipped $3 to $5 a head overall.

She said lamb quality was similar to the previous sale and included both well-finished and plainer types in the yarding.

That's probably reflected in the state indicators early this week, as all lamb categories were cheaper.

The Restocker Lamb Indicator, which up until late last week was hovering near record prices, slipped 22 cents a kilogram (carcase weight) to settle at 1041c/kg.

Since the middle of July, restocker lamb supply in NSW had risen 81 per cent, or 6278 head up to the end of last week, MLA reported.

At the same time, MLA said the restocker price has appreciated 13pc.

So even with a sizable dip in prices early this week, rates are still well above the norm for this time of year.

Trade lambs selling to processors slipped about 12c/kg, but still averaged a hefty 952c/kg, while prime heavy lambs were also lower at 958c/kg.

OVERSEAS demand for our beef has helped keep the heavy steer price in record territory.

The NSW Heavy Steer Indicator surged to a record 500c/kg (liveweight) on Monday.

That's about 30c/kg higher than a week ago and 127c/kg more than this time last year.

While checking the data to confirm the record, it's interesting to note that back in early 2000, the Heavy Steer Indicator was on about 130c/kg.

It seems the market was pretty comfortable with this level, because in early 2020, the indicator was still hovering a bit above 260c/kg.

It just shows how quickly the market has risen this year and the extreme prices buyers are prepared to pay when supply is limited.

I wonder how this year will compare with the market indicators in another 10 years?