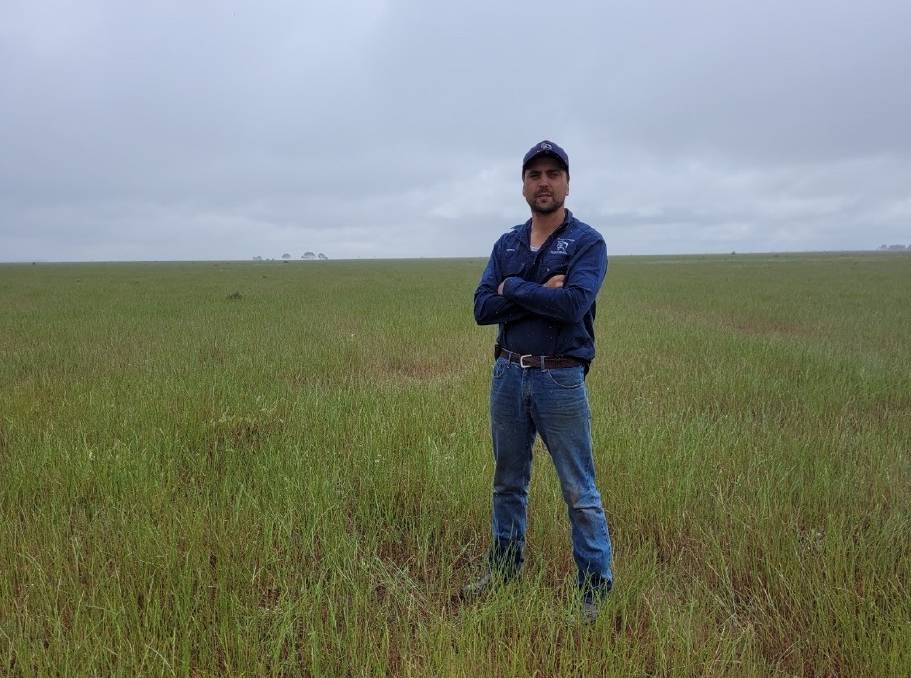 Hay woolgrower Rhys McCulloch and his family were only too happy to be part of the conservation trust program. He's pictured on one of the grazing areas at Bullawah, not the grassland that they have agreed to preserve.

Out on the Hay Plains, the McCullochs are very excited to be among the new successful tenders for conservation land in NSW.

The McCullochs run a large Merino operation, with 4000 to 5500 ewes and lambs running over 25,000 hectares on two properties, one of them Bullawah.

It so happens they are right next to one of the last habitats for the critically endangered bird, the plains-wanderer. When Rhys McCulloch received an email outlining the Biodiversity Conservation Trust (BCT) program, he was only too happy to pursue it.

Now the family is ecstatic that they've been accepted among 25 NSW landholders to successfully tender for the conservation program that will see another 50,000 hectares in the state protected for rare flora and fauna.

"It has just so many benefits for us and for the plains wanderer," Mr McCulloch said. "We are already closely watching we don't overgraze and now there will be a major incentive."

They will set aside 3600ha as both primary and secondary habitat for the plains-wanderer, but they will still be able to graze the land. The BCT will help fund a new fence to cut in half a large paddock. They must, under the agreement, keep 40 to 60 per cent ground cover on the preserved area.

The money they receive, as their tender was put, at about average $11/ha over a 15-year period. The recurrent money will go towards building new containment areas for the sheep, when paddooks need a rest, more baiting programs for foxes (a major threat to the plains-wanderer) and cats, and funds to help to eradicate the invasive weed, African boxthorn.

All these improvements and controls will help give the plains-wanderer a chance to survive.

Mr McCulloch says he's never seen a plains-wanderer but he knows his neighbour has. Stockmen reported seeing many 30 years ago.

Only living in the Riverina grasslands, there's estimated to be only 250 to 1000 of the ground-dwelling birds left. The plains-wanderer resembles a quail, but has lankier legs and a fine bill, and is a relative of gulls and shore birds. It's mainly nocturnal so it is rarely seen. 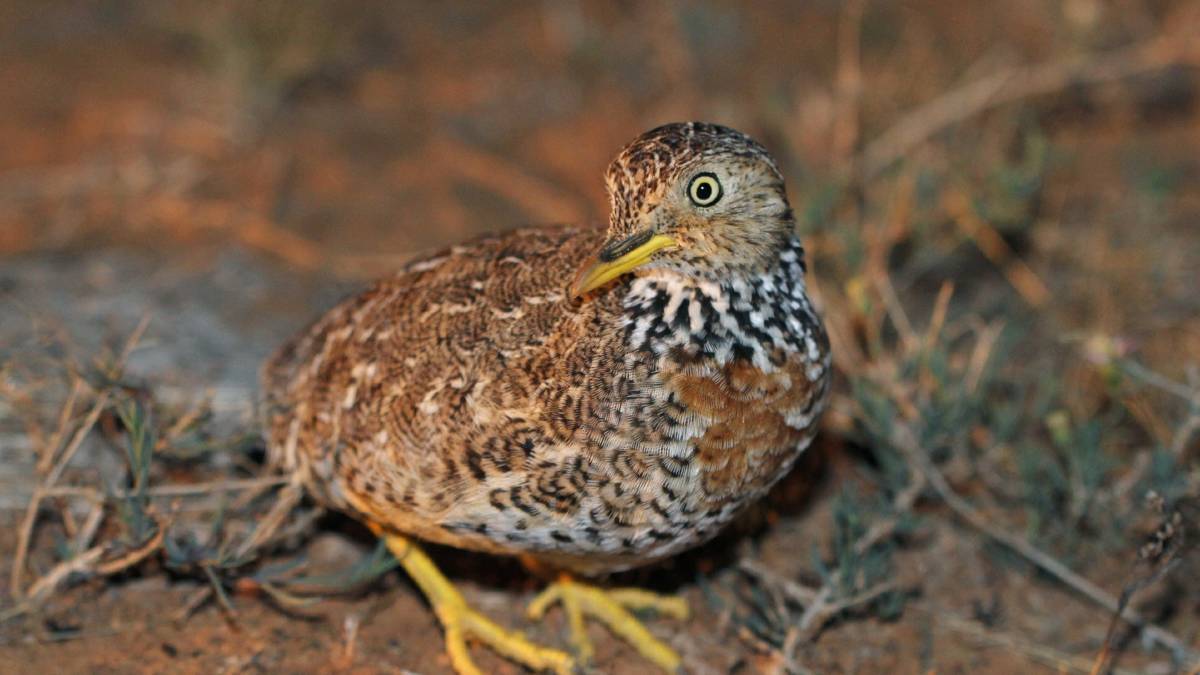 The critcially-endangered plains-wanderer is not much bigger than a quail. Its last habitat is in the grasslands of the Riverina near and in Oolambeyan National Park.

Oolambeyan National Park is one of its last habitats. But there has been pressure from locals to manage the Park in a better way and allow grazing, and also pressure politically. The Nationals candidate at the last state election Austin Evans called for Oolambeyan to be de-gazetted.

The McCullochs property is right next to Oolambeyan.

The new protected land will encourage the bird to move into the protected paddocks. "Apparently they like semi-grazed country, so that's good," he said. Many locals agree that the plains-wanderer prefers grazed grass to grass that is just left to grow high and not managed.

"Hopefully we can do something positive for our farm, for the plains-wanderer and for future generations."

Mr McCulloch hoped he could place a brand on his wool bales showing the property was part of a major conservation program - as could his neighbours.

Another BCT conservation tender was in the Monaro area.

Tom Gordon and Martina (Marty) Shelley were successful in the Snow Gum Woodlands and Grasslands conservation tender for their mixed use property near Bungendore.

"The annual payments will give us a feeling of security, and spread out the risk involved in managing land. We're thrilled that the BCT can reward landholders who care for their country," they said.

Environment Minister Matt Kean told The Land the NSW Government will partner with 25 landholders across the State to help conserve some of the most important habitat. 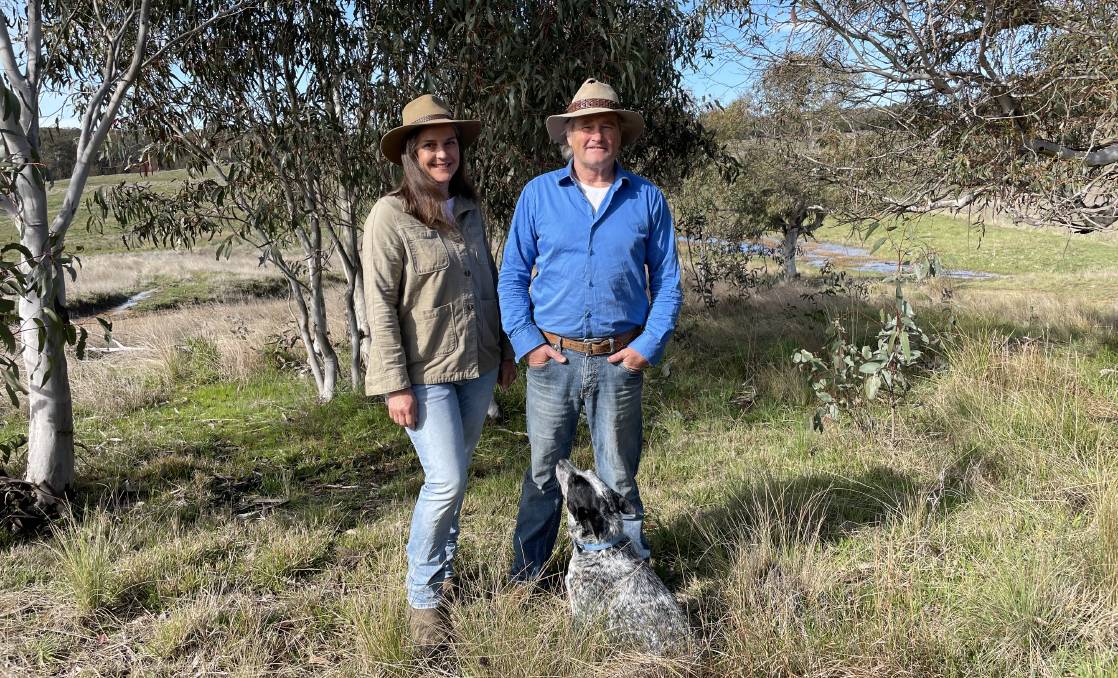 "This is a great result for nature and for landholders who will be incentivised to conserve these important and rare ecosystems," Mr Kean said. "Conserving habitat on private land, in partnership with landholders, is vital in our race to turn back the tide on extinctions."

Chair of the BCT Board, Niall Blair, said these three key areas are of the highest conservation values and support a number of threatened species.

"Entering into conservation agreements with the BCT provides another source of income to help landholders increase their resilience to drought and external shocks while benefiting the environment," Mr Blair said.

Of the 25 successful landholders, 10 are from the NSW Riverina where over 21,000 hectares of key Plains-wanderer grasslands habitat between Hay and Lockhart is located.