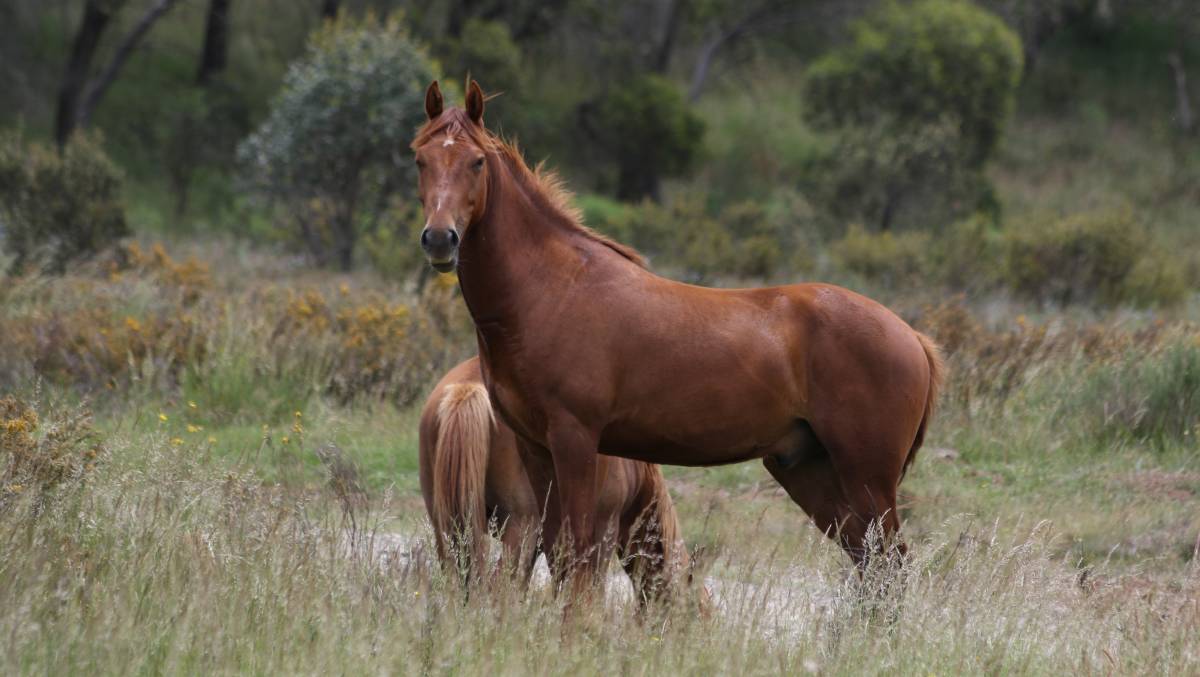 There's estimated to be more than 14,000 brumbies in Kosciuszko National Park and the new draft management plan aims to reduce them to 3000 by 2027. Photo by John Ellicott.

Brumbies to be restricted to third of Kosciuszko I Video

A new draft wild horse management plan for Kosciuszko National Park will see Snowy brumbies limited to just a third of the park and numbers significantly reduced to just 3000.

The draft plan, released on the same day as Premier Gladys Berejiklian resigned last Friday, has been put out for public comment until November 2. It's also released just as one the brumbies biggest supporters, Nationals' former leader John Barilaro, resigned from parliament.

Mr Barilaro, the member for Monaro, brought in a brumby heritage bill in 2018, that protected the brumbies as an important cultural part of Snowy history.

Some brumby critics say they welcome the move to reduce brumby numbers and impacts in Kosciuszko, but say restricting them to just one part of the park will do severe damage in that area.

The draft plan estimates to 95 per cent confidence that there are about 14,380 wild horses in the park, as of November 2020.

It's main recommendation is that the park be divided into three zones for wild horse management:

Areas which are currently free of horses and which will be kept free - 47pc of the park.

The population will be slowly reduced the plan says: "The total population of wild horses across the wild horse retention management areas will be reduced to 3000 horses by 30 June 2027. On the basis of available and current information, this target will enable wild horse heritage values to be protected."

Control methods in the draft plan include capture and rehoming, transport to a knackery only that meets specific animal welfare criteria, shooting in trap yards, ground shooting, tranquilising and euthanasia, reproductive control based on advances in science.

"Everybody cares about Kosciusko National Park, it is a very special place for all of us," Mr Kean said. 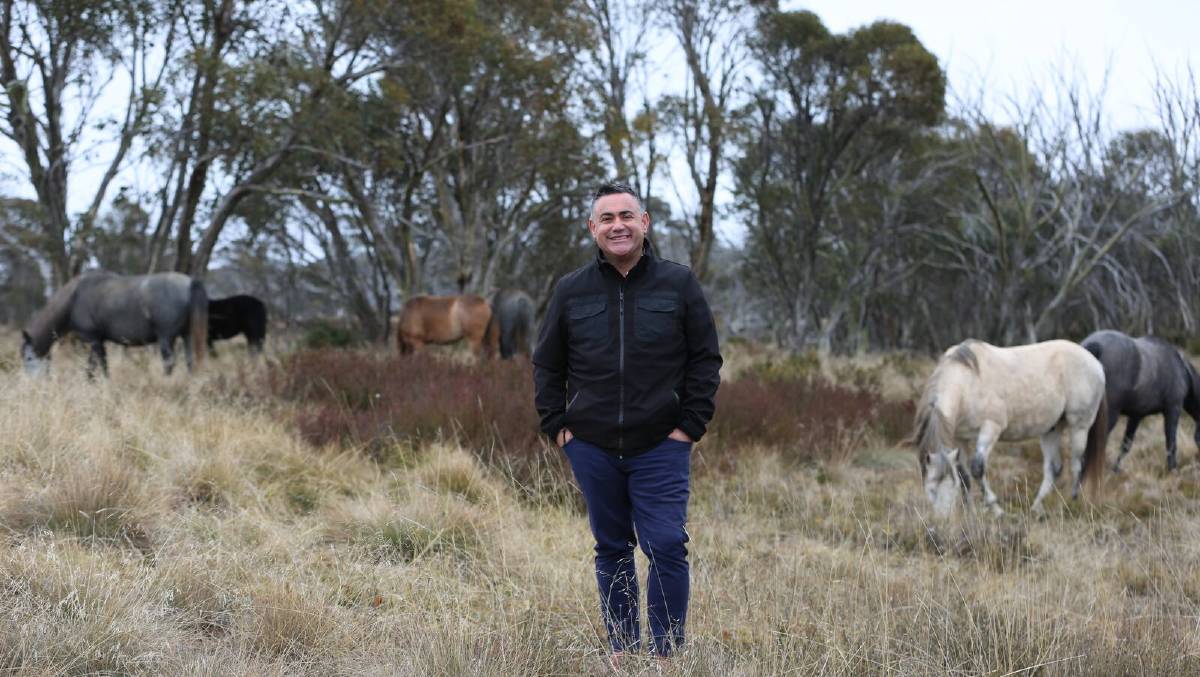 "I recognise there are very strong and diverse views on this issue but at the heart of these views is a common desire to sustainably manage the Park for the future.

"For too long we have been deadlocked on this issue and unable to find a way forward, this has served no one's interest, least of all the environment.

"This draft plan provides protections for one of the nation's most precious environments and all of the animals that call it home, but more importantly it provides that much needed way forward.

"While we need to ensure our threatened and endangered native wildlife is protected we need to also recognise the genuine affection and cultural values many people attach to these horses.

"With genuine input from the broadest cross section of interested parties, this plan provides a clear direction for the future of Kosciuszko National Park."

"The removal and exclusion of wild horses from designated areas, and the reduction in the overall population, will provide effective protection from the impacts of wild horses for many threatened species. These include the Northern and Southern Corroboree Frogs, the Smoky Mouse and the Broad-toothed Rat as well as a suite of important alpine and sub-alpine ecosystems."

The Government said no passive trapping will occur while the plan is on exhibition for public comment. 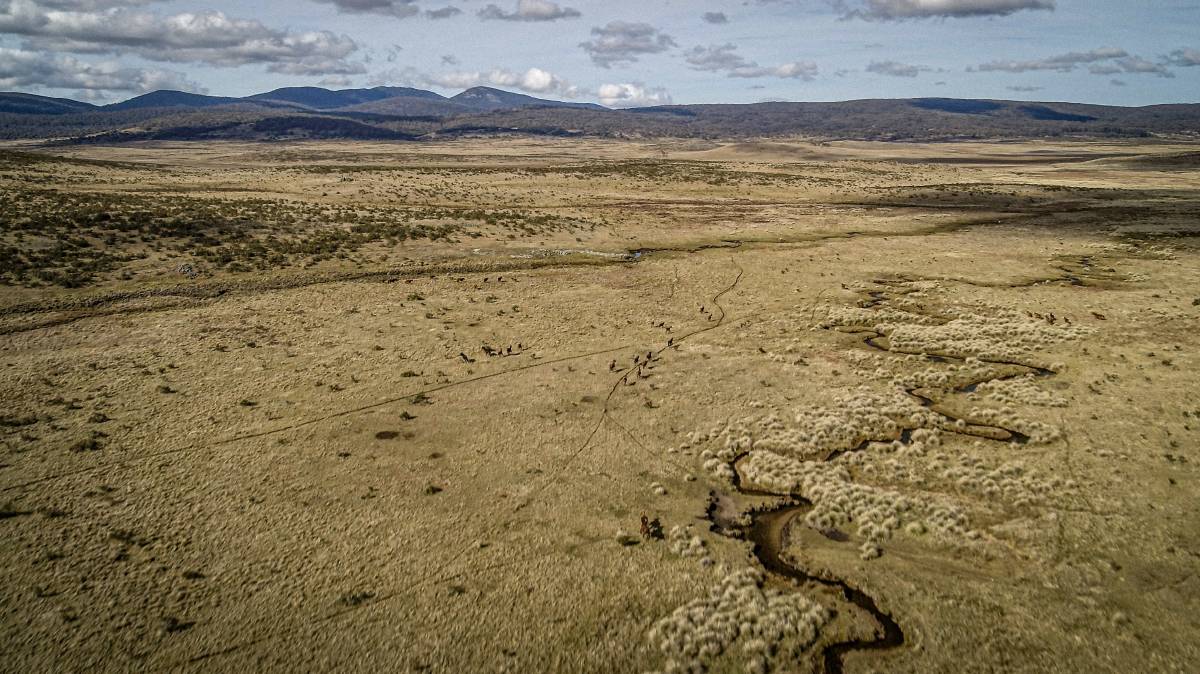 The draft Plan was prepared by the National Parks and Wildlife Service with advice from the Kosciuszko Wild Horse Community and Scientific Advisory Panels, as well as advice from Aboriginal stakeholders.

The Invasive Species Council welcomed many parts of the plan.

"The new draft plan aims to increase areas of Kosciuszko free of feral horses from 47% to 68%, which is significant progress. Areas in the north, west and around the alpine regions will have horses entirely removed," Invasive Species Council conservation director James Trezise said today.

"Unfortunately, the plan aims to leave 3000 horses trampling a third of the park which will lock in long-term environmental damage for these areas.

"The Long Plain, Currango Plain and Snowy Plains in the north and Byadbo, Snowy River and Pilot areas in the south will have to suffer permanent horse populations.

"We can have the current number of 14,000 feral horses in Kosciuszko National Park, or we can have healthy ecosystems and recovering native wildlife but we can't have both.

"In an important breakthrough, the draft plan provides for ground shooting, one of the most effective and humane options for feral horse control.

"But the plan falls short in rejecting the most effective control method aerial shooting necessary in rugged parts of Kosciuszko. "Feral horses damage sensitive ecosystems and harm unique wildlife in Kosciuszko. They are a danger to motorists and a financial burden to NSW taxpayers.

"Trapping and rehoming horses has proven to be inadequate for feral horse control unless accompanied by other control measures.

"The real test will be whether the NSW Government can finally deliver a plan to reduce horses in Kosciuszko. Time is running out for the Alps and our Australian wildlife," Mr Trezise said.

The plan is the result of controversial legislation introduced in June 2018 that overrode the Kosciuszko National Park Plan of Management and abandoned an earlier draft horse plan that had widespread support, he said.

Mr Trezise said, "The community has been waiting for this plan since 2014. It has gone through the prolonged process John Barilaro legislated. Now it's time to act."

"We appreciate that there is a lot of emotion when it comes to horses in Kosciuszko. But failure to act will consign native Australian wildlife and our natural and Indigenous heritage to a grim future."

Submissions to the draft horse plan are open for the next month until 2 November 2021.

The draft plan said that "Wild horses are listed as a key threat to native plants and animals under the NSW Biodiversity Conservation Act 2016. Habitat degradation and loss by feral horses is listed as a Key Threatening Process in Schedule 4 of the Act. The listing acknowledges the negative impact of wild horses on wetlands, watercourses and riparian systems; alteration of the structure and composition of vegetation; and reduction in plant biomass (NSW Threatened Species Scientific Committee 2018).

"Some features of the alpine and subalpine environment are much more susceptible to damage from large, hard-hooved animals than most other Australian environments (Whinam & Comfort 1996) (Box 2).

"Wild horse populations will be retained in these areas because the populations represent the wild horse heritage values identified in section 3 of the plan."

Federal Environment Minister Sussan Ley has indicated she will intervene unless the NSW Government moves quickly to control brumy numbers in Kosciuszko.

The draft plan is open for public comment until Tuesday, 2 November 2021. To view the plan and make a submission visit: www.environment.nsw.gov.au/get-involved/have-your-say.