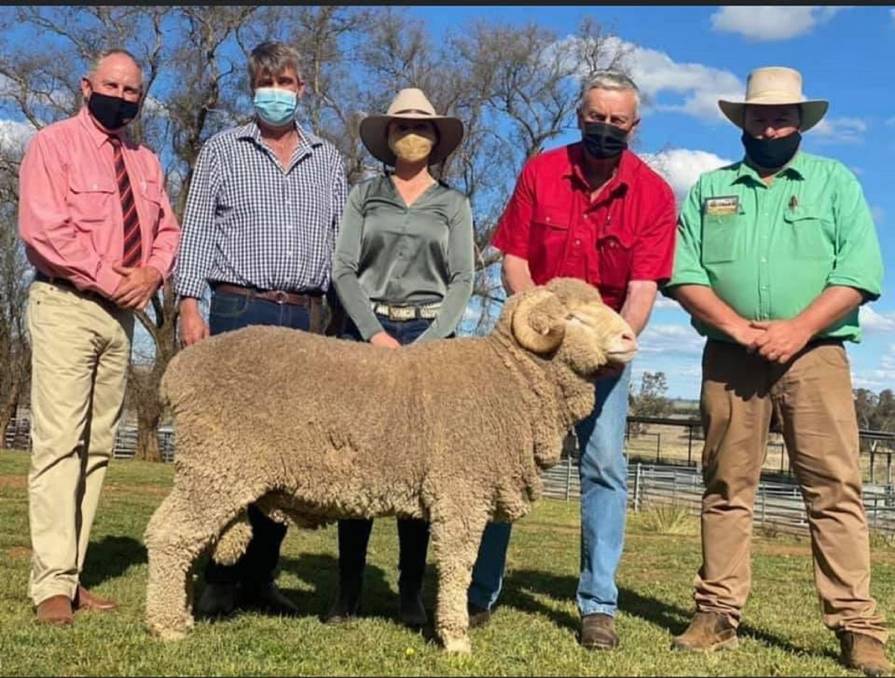 WITH a reputation for highly productive, heavy-cutting and stylish Merino sires, Langdene Merino stud drew a crowd of new and repeat buyers to its 25th annual...

WITH a reputation for highly productive, heavy-cutting and stylish Merino sires, Langdene Merino stud drew a crowd of new and repeat buyers to its 25th annual on-property ram sale at Dunnedoo on Friday last week.

Bids came in thick and fast for the high seller, 200005, which sold to longtime clients of more than a decade, Hollow Mount Merino stud, Bigga, at $18,500.

"We've kept our hand on the pulse to breed good sheep and we've used a lot of artificial insemination (AI) and embryo transfer technology," he said.

Mr Cox said that in it's 25th year, Langdene Merino stud had recorded its best-ever average.

"It was a great result. The key to our success has really been in the number of buyers that come back year on year," he said.