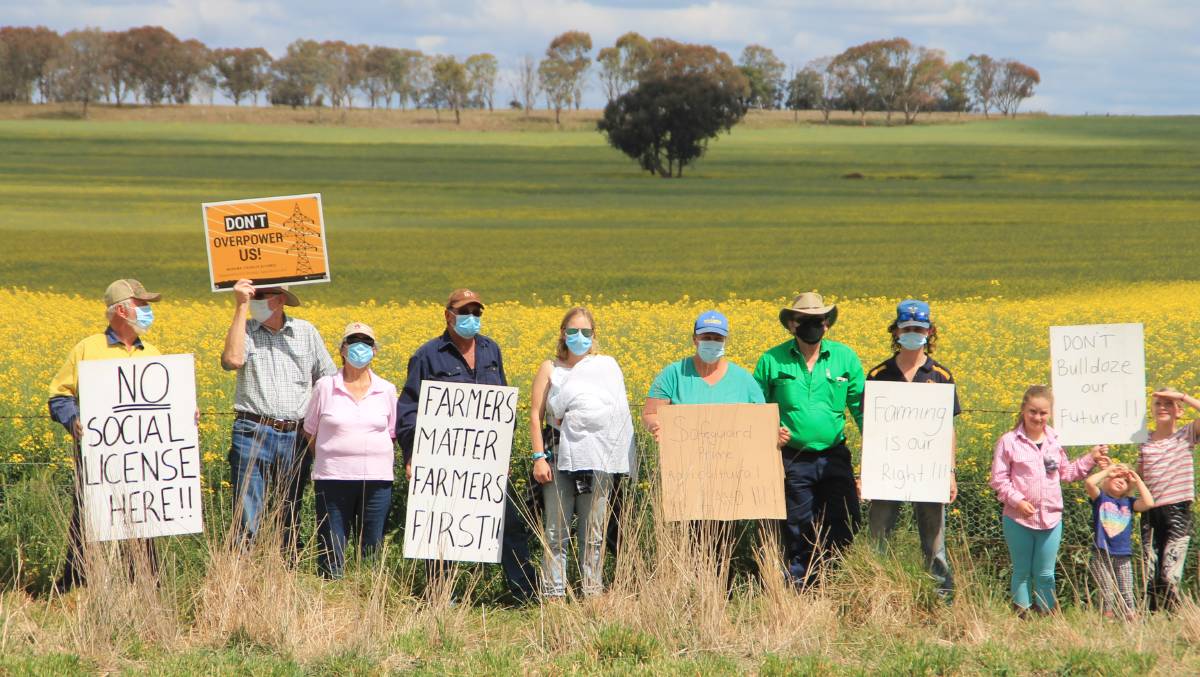 RECENT changes to the NSW Government may have prevented current Environment Minister Matt Kean from meeting with producers opposed to a corridor of powerlines but their voices have been heard.

Members of the Merriwa-Cassilis Alliance (MCA) recently met with Department of Primary Industries and Environment (DPIE) representatives to discuss the proposed route of the 500KV powerline corridor, which would connect the NSW government's Central-West Orana Renewable Energy Zone to the state's main grid.

Others in attendance included Mr Kean's senior advisor, Upper Hunter MP Dave Layzell and TransGrid representatives with the route of the study corridor at the heart of the conversation.

MCA members supported an alternative southern route for the project to the one originally pitched by TransGrid, with the aim to limit the amount of new infrastructure built on prime agricultural land in the Merriwa Cassilis plateau.

MCA secretary Heidi Inder said the group had been told by the DPIE representative during the meeting that discussions had started with mining companies and a wind farm operator to help select a route which would have less impact on prime agricultural land.

"MCA are pleased to hear conversations have at last begun with these stakeholders along this southern route including the three mining companies and the Liverpool Range Wind Farms line," Mrs Inder said.

"About 96 per cent of the length of this preferred southern study corridor is utilising existing transmission line easements and approved lines.

"The location of this preferred southern option would also utilise already-disturbed mining land and have no impact on highly productive agricultural land, classed as Biophysical Strategic Agricultural Land."

Despite the news the agricultural land may be spared, Mrs Inder said there was still potential for the original route proposal to be approved.

"What is extremely disappointing is the northern option across the Merriwa-Cassilis plateau is still the other contender," she said.

"About 47pc of this location is uniquely identified as Biophysical Strategic Agricultural Land and 50pc utilised for broad acre cropping.

"MCA will be commissioning experts in their fields to carry out an independent cost analysis and a social impact assessment; two areas TransGrid have failed to consider in their feasibility study."

The meeting comes after 120 impacted landowners from across the Merriwa and Cassilis districts protested the proposed study corridor route last week.

MCA president Peter Campbell said the COVID-safe protest was designed to highlight the long-term damage the study corridor could do to farming viability if approved, including limiting their ability to use large, efficient broad-acre machinery, modern technology in tractors like RTK for guidance and precision and aerial management of crops and pastures when required.

"We know this transmission project has to go ahead but build it where it will have the least impact on rural communities and agricultural production." Mr Campbell said.

A decision by the Environment Minister regarding the study corridor route is expected to be made by December.