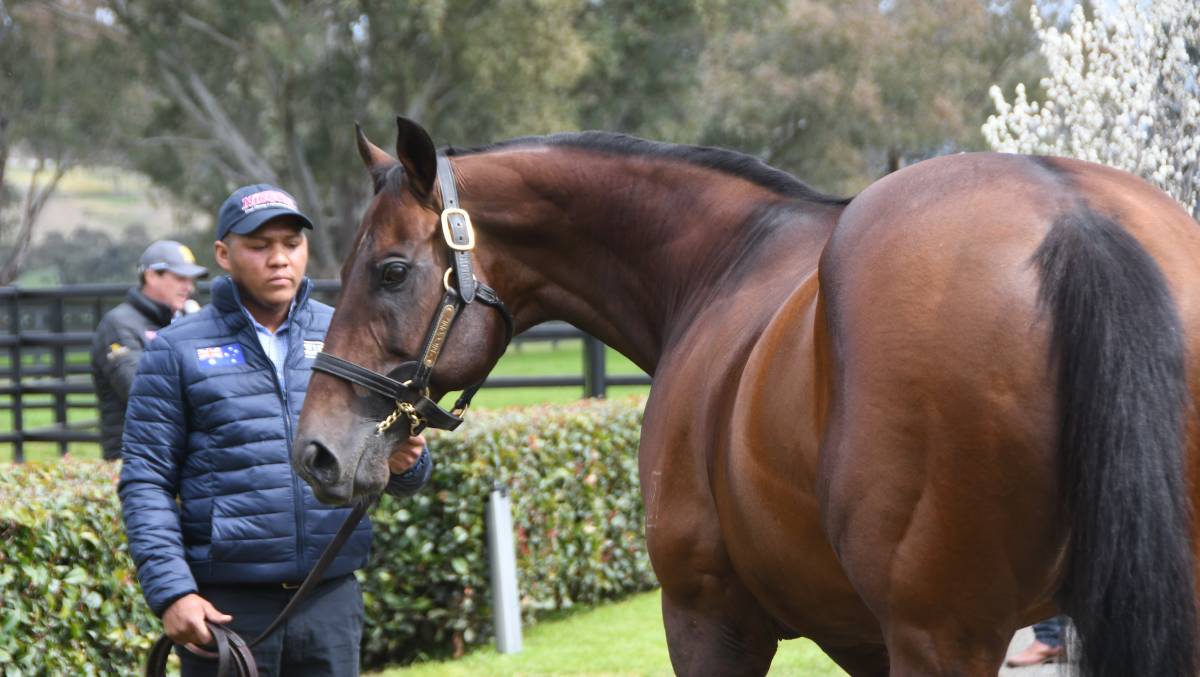 Studs anxious to see where their elite bred horses succeed

WHILE Cavalla won Australia's first juvenile race at Flemington recently, Sydney will host its first two-year-old races of the season with the renowned Gimcrack Stakes for fillies and Breeders' Plate for colts and geldings at Randwick this Saturday.

Filly, Drisana was impressive when winning a barrier trial last week, being among nine official heats over 855 metres which funnel the early two-year-olds into these initial city juvenile races.

New Zealand bred Spieth (by Australian bred Thorn Park, by Spinning World), stands at Aquis, Queensland and is another first season stallion which figured prominently at these trials, when represented with two heat winners Wild Botanica and Victory Moments.

Already having track experience when winning a trial two weeks prior at the Gold Coast, Wild Botanica - as well as Victory Moments, are home-bred gallopers for Aquis and trained by Kacy Fogden.

The other trial winners were Resonator (Brazen Beau) and Genghis Khan (I Am Invincible). 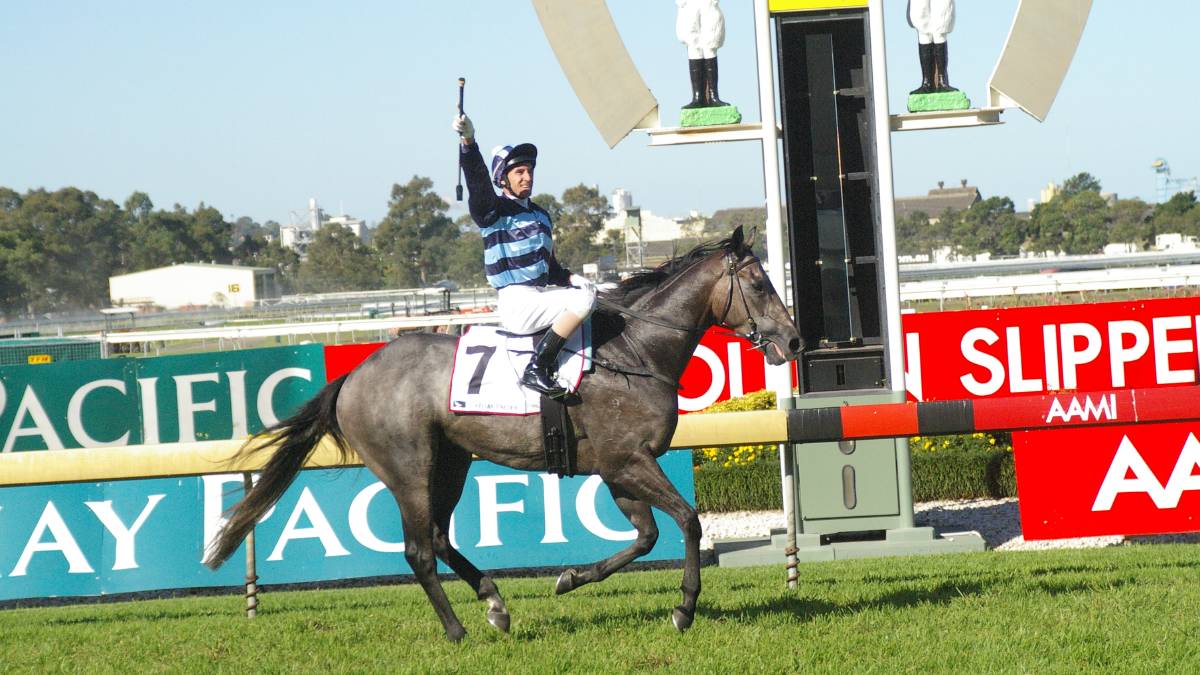 Recalling Racing To Win which died recently, with Glen Boss up after their George Ryder Stakes win in 2006. Photo Virginia Harvey.

Three million-dollar plus yearling purchases - and all bought via the Inglis Australian Easter Yearling Sale, featured at the official trials.

Trained by Gerald Ryan and Sterling Alexiou at Rosehill, a colt by Exceed And Excel - Psychiatrist, which cost $1.05 million from the Vinery Stud draft, won its heat.

At $1.15m, Zambezi River (colt by I Am Invincible) finished second in its heat to Victory Moments.

However, the most expensive yearling at the official trials was Exceed And Excel colt Nobel - which cost $2.1m, and finished third to Genghis Khan, a Matt Dunn trained colt which cost $460,000 from the same auction.

Meanwhile in Toowoomba last Saturday the Aquis first crop Choisir sire The Mission was represented with four runners in Queensland's first race for two-year-olds, however had to settle with a second (Mishani Warfare) to Menari Magic, also by a first crop sire, Menari (Snitzel).

HE may be 19 years-old, but fabulous winner-getting sire Bon Hoffa has emerged with another brilliant young galloper Bon's A Pearla which "knocked-off" the fancied runners when taking the $300,000 MRC Off The Track Community TG Prelude-G2 at Caulfield recently.

Starting at 30 to one, Bon's A Pearla is a home-bred for Ken King Thoroughbreds Victoria, who races the filly with a group of owners. 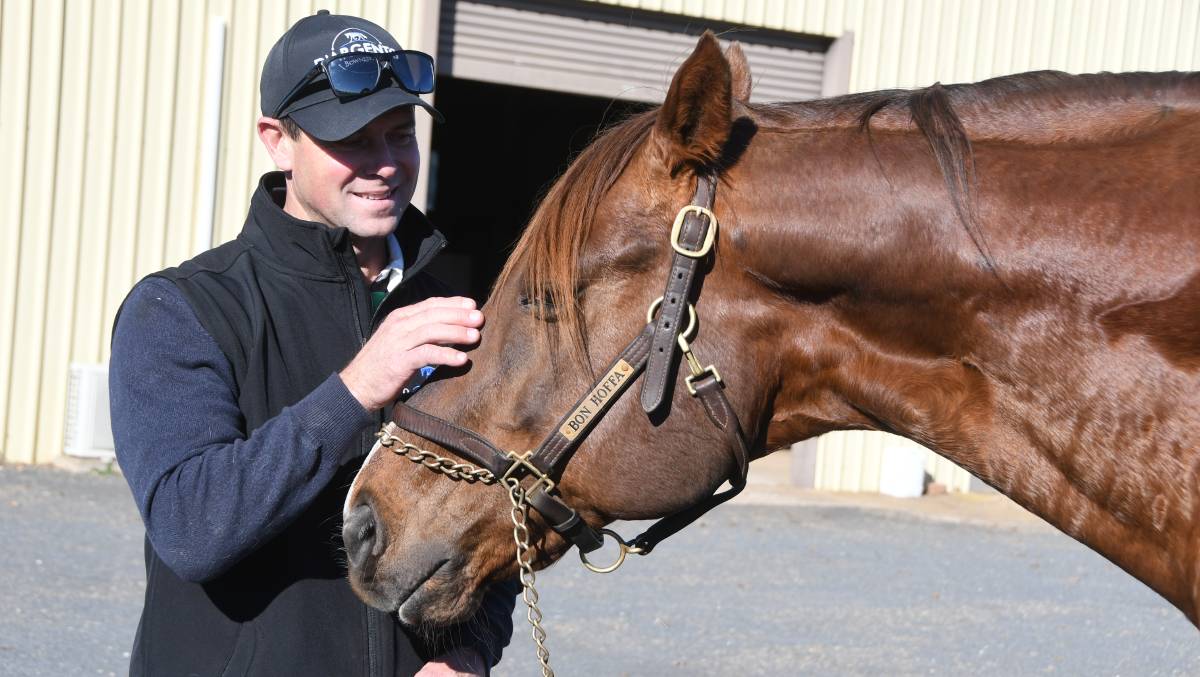 Trained by Cranbourne conditioner Kevin Corstens, Bon's A Pearla has provided the biggest win for her regular jockey Jason Haskiell who has partnered the filly in her four only starts, and which included her previous appearance maiden win at Sandown.

Other happy connections include John and Helen North of Bowness Stud near Young, which has been the stud-life home to Bon's A Pearla's sire Bon Hoffa (by Danzig son and former shuttler Belong To Me).

Bon's A Pearla becomes the fifth stakes winner for Bon Hoffa, a giant horse which has sired almost 200 winners (of over 630 wins) for earnings over $17.4m.

RETIRED to Oakdale spelling farm Oak Ridge in south-western Sydney, Racing To Win was reportedly to have been humanely destroyed recently at age 19. While the John Thompson trained Chat won the 2021 running of the Theo Marks Stakes-G2, Racing To Win won this race twice in 2006 and 2009 along with other Sydney renowned Group 2 races Warwick Stakes, the Apollo Stakes and a Hobartville Stakes. However, Racing To Win's five Group 1 victories were the galloper's greatest feats when trained at Randwick by John O'Shea. These were Sydney majors George Main Stakes, George Ryder Stakes, two Randwick "miles" (Epsom and Doncaster) and the All Aged Stakes.