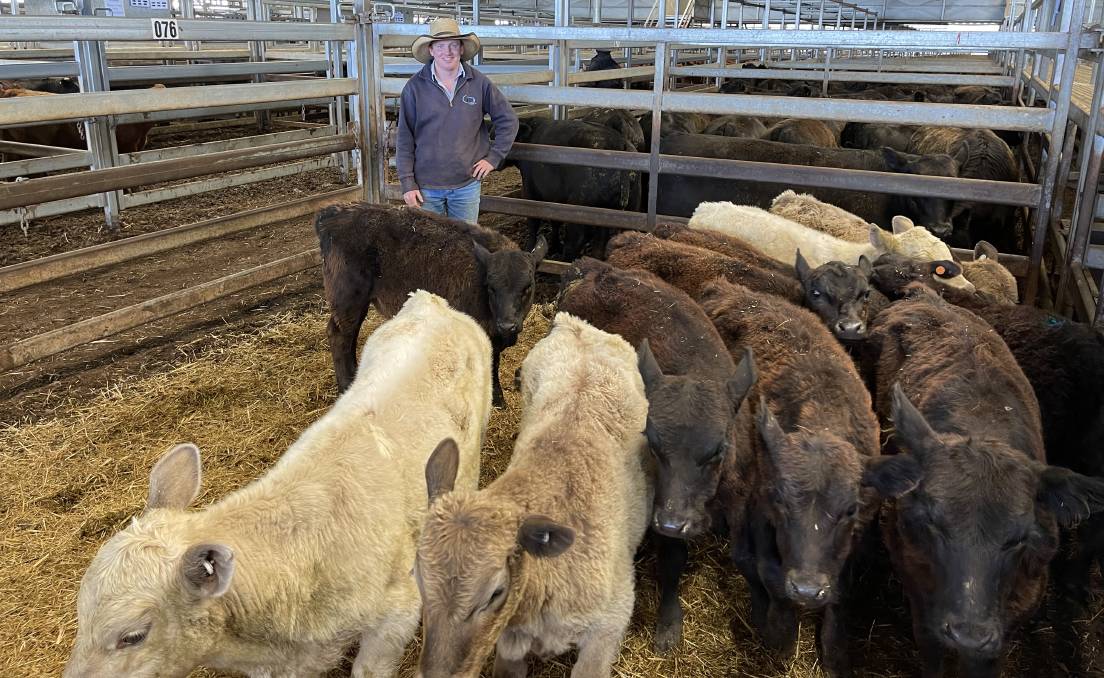 The big price surge was highlighted by the cents a kilogram price which topped at 1113c/kg for Angus weaner steers.

About 1680 head were offered and there were very few pens that were knocked down for less than $1000 a head.

The price surge was highlighted by the cents a kilogram price which topped at 1113c/kg for Angus weaners.

The 280kg to 330kg weaner steer prices surged much higher hitting a top of $2290, while the cheapest pen was a pricey $1760 for Bos Indicus-crosses.

CA Whiley, Billabong, Cumnock, sold the top pen of weaners steers ($2450) which were Angus and weighed about 390kg.

Demand for weaner heifers was also hot although when converted to cents a kilogram prices didn't match the weaner steers.

Angus and black baldy weaner heifers weighing 280kg to 330kg attracted spirited bidding. Across this weight range prices started at $1500 and climbed to $1940 which was the top price for weaner heifers.

The quality and condition of the yearling steers was mixed than this may have accounted for the variation in prices across the offering.

One pen at $2440 tipped the scales at 403kg and were sold by M Fardon through Bowyer and Livermore, while a second pen for the same money weighed 411kg were sold by Cangoura Pastoral Company, Bathurst via Elders.

Most of the yearling heifers were Angus.

Only about 50 pregnancy-tested-in-calf heifers were offered and most were Angus that sold from $1800 to $2650.

The tops at $2650 were well-conditioned Angus heifers tipped the scales at 550kg sold by CF and DT Millynn, Eugowra.

PTIC cows were snapped up quickly by buyers for $1700 to $2580. The top pen were 590kg Shorthorns sold by Trojon Shorthorns, Lyndhurst.

The excellent condition of the cows with young calves was a reflection of the good season and most made from $2600 to $4000 a unit.

The top run at $4000 were well conditioned Angus cows which had been running back with an Angus bull and sold by Edenvale Holdings, Bathurst.

Not far behind the top pen was another Angus pen sold by RL and TL Wills, Glenarvon, Mandurama, for $3900.