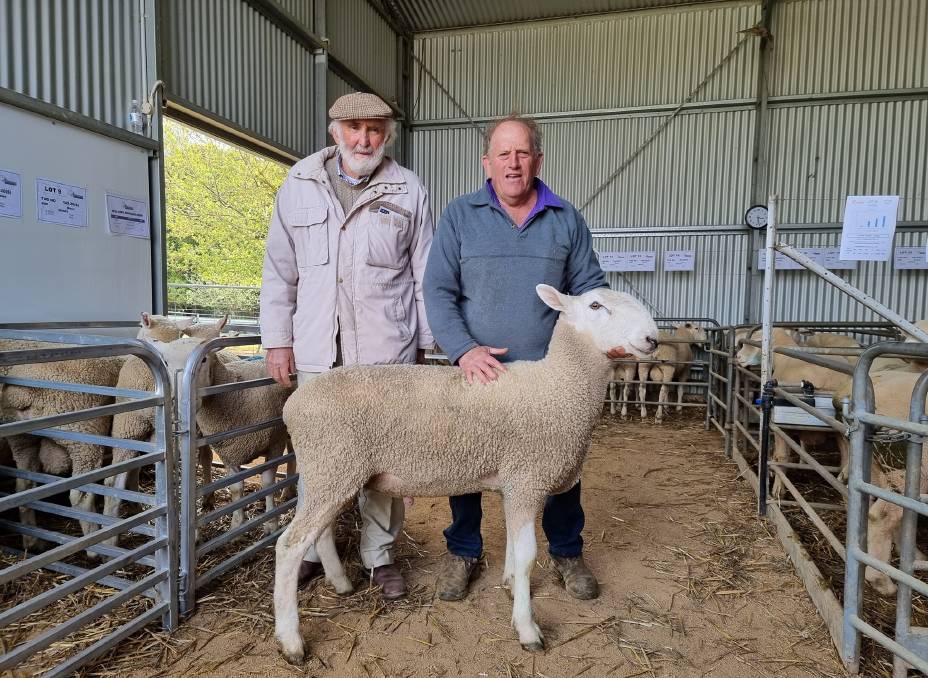 Border Leicester rams sold to a top of $5000 a head for the Jerradale stud last week.

BORDER Leicester rams sold to a top of $5000 a head for the Jerradale stud during the 9th annual combined sale with Rosewood Poll Dorset stud on property at Rosewood, Rye Park, on Tuesday last week.

Geoff and Debbie Selmes, Jerradale, Crookwell, offered and sold 50 Border Leicesters sired by Bauer and Glenlee rams for an average of $2745.

Mr Selmes said the average was more than $1000 better than last year, while the top price doubling the price of the top ram in the 2020 sale.

Mr Selmes said he was very impressed with the first drop of rams produced by this sire.

The Edwards family from Breadalbane, another volume buyer, bought 10 rams at an average of $2180.