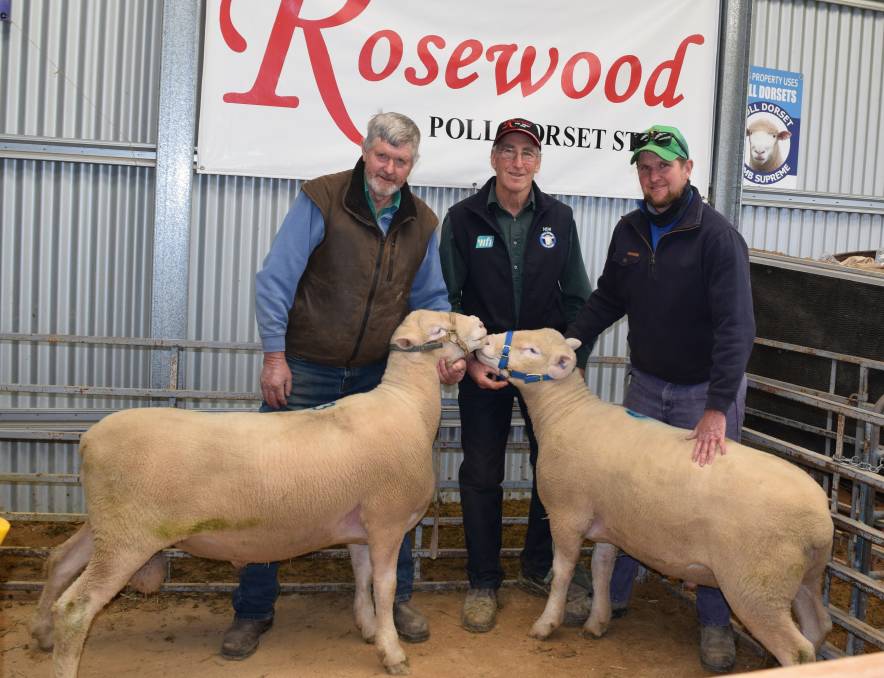 The sale was well supported and David and Elaine Sainsbury of Rosewood Poll Dorsets offered 88 rams for a total clearance and average of $2322 on Tuesday last week.

Both top priced rams were bought by return buyers Brian and Ben Anderson, Jessmondeen Pastoral Company, Narrawa, as part of the draft of 10 rams that averaged $3240.

Both rams attracted attention for being well balanced and long with tremendous hindquarter muscling.

Another volume and return buyer was John Webster, Webster Pastoral Company, Reids Flat, who bought 12 rams for a top of $3600.

The ram was an impressive, well balanced spring-drop ram that had a weight of 71kg at just five months of age.

Mr Sainsbury said he held the ram in high regard and considered that, even at only 12 months of age, he had great sire potential.

The sale was conducted by Delta Livestock and Property with Cameron Rosser as auctioneer.