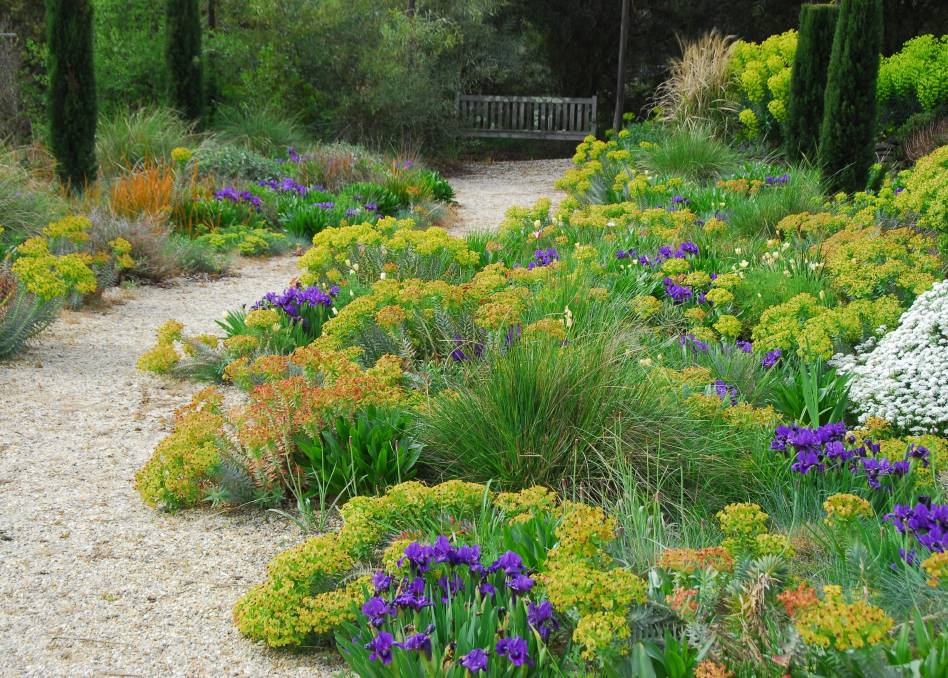 IT TAKES a lot to keep me indoors on a sunny Saturday morning.

But Michael McCoy's recent online Planting Design Symposium (The Land, September 23) had me glued to the screen from the opening shot.

Michael possesses a rare combination of gardening and communication skills and over three hours he and his all-star cast of local and international garden designers took their enthusiastic Zoom audience on an enthralling journey.

The symposium consisted of a series of individual interviews conducted by Michael with seven guest presenters, gloriously illustrated with images of their designs. An online chat window allowed viewers to participate, which they did continuously throughout, creating a warm sense of community.

Several themes repeatedly emerged, though no presenter had heard any other interviews or knew anything of the discussions.

Naturalistic planting, climate and local ecology were recurring topics. Formal or geometric gardens with emerald lawns and dense plantings of highly bred exotics, the backbone of much garden design for the last 100 years, are out. Designers have leaped the fence, all nature is their garden, thoughtfully embellished with formal elements.

A celebration of harsh, dry and increasingly warm landscapes emerged as an important future direction.

The beauty of resilient plants that flourished under stress was recognised, of an aesthetic of austerity where you leave spaces between plants rather than cramming them together.

Following this was the importance in fire-prone areas of a gap between the tops of 1.5 metre shrubs and the overhead tree canopy, another 'designer gap' that became part of the plan.

Some presenters enjoyed working with a limited palette, using plants in different ways and encouraging self-seeding.

Everyone recognised the undesirability of copying an alien plant community in a different environment: you can't fight nature.

Kate when she finds a good plant now propagates it herself. Amanda worries about the dumbing down effect of limited choice.

All presenters shared an endearing humility, respect for nature and infinite reflectiveness which made each one a pleasure to listen to.

A highlight for me was Michael trying to pin down Amanda Oliver, confronted by her increasingly astonished expression, about the model she used - local creek, bush, coast - when combining indigenous and exotic plants in a design.

Eventually the words I longed to hear burst from her: But you don't need a model! You're painting a picture! It was a lovely example of how the symposium brought people together from many directions, enabling them and their audience to understand whole new ways of looking at plant-based garden design.