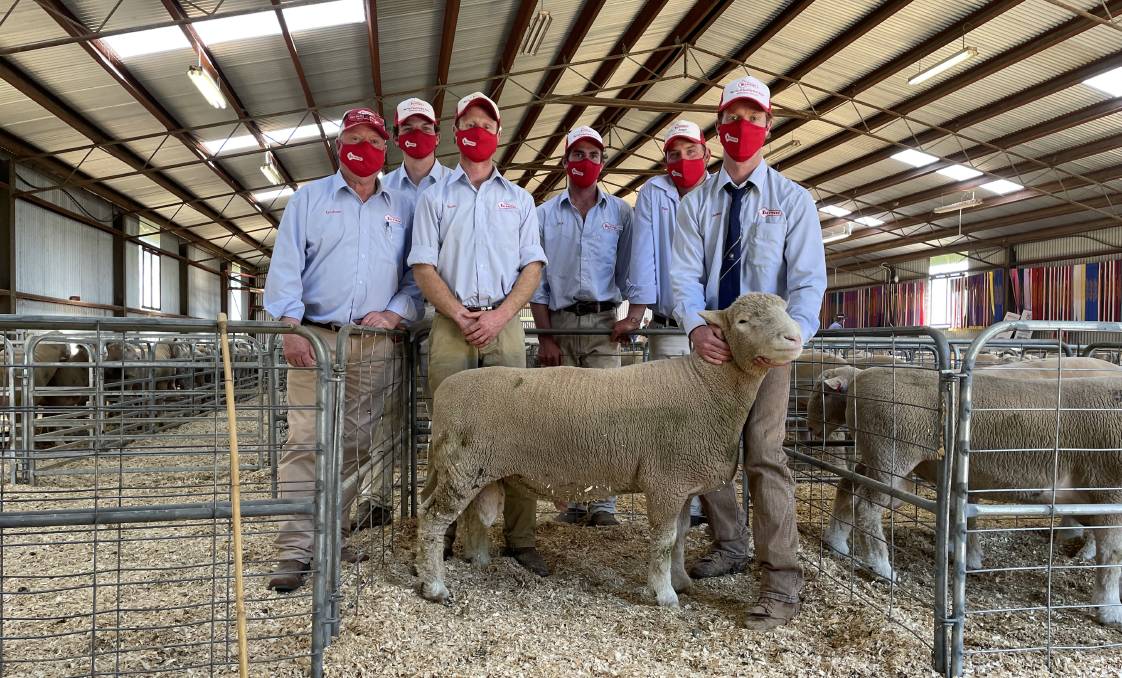 The $7500 top-priced ram with Graham Gilmore; Oliver Blake; Ross Gilmore; Jack Healy; Daniel Raynor, and James Gilmore, all of Tattykeel. The ram sold via AuctionPlus to Ian Ford, Anneleigh Poll Dorset stud, Cathcart. As one of the heaviest in the draft, the April-drop ram tipped the scales at 137 kilograms. Photo: Karen Bailey

The on-property sale attracted buyers from throughout NSW and Victoria with many taking the option to bid online rather than in person. There were 115 rams offered and sold for an average of $2545.

The first ram to hit the sale ring sold for the market top of $7500 to Cathcart buyer Ian Ford, Anneleigh Poll Dorset stud, through AuctionsPlus.

As one of the heaviest in the draft, the April-drop ram tipped the scales at 137 kilograms.

Mr Ford said the ram would go into their stud breeding program.

"We were looking for a well-muscled sire that was very structurally correct and James [Gilmore] suggested that ram," Mr Ford said.

"We run about 400 Poll Dorset ewes and we think this ram will fit well with our breeding objectives."

"Our aim is to produce 150 flock rams suited to the Monaro climate for our annual on-property sale (this year on November 19). Our focus is very much on rams that are structurally correct."

The second top-priced ram was a June-drop sire that weighed 120kg and sold for $4800.

The ram was by Masterstroke 170061 who was the 2018 supreme exhibit at the Sydney Royal Show and the NSW Sheep Show.

It was knocked down to Shallum Holdings near Casterton in Victoria who were buying through their agent Sam Broomby of Elders making bids via AuctionsPlus. 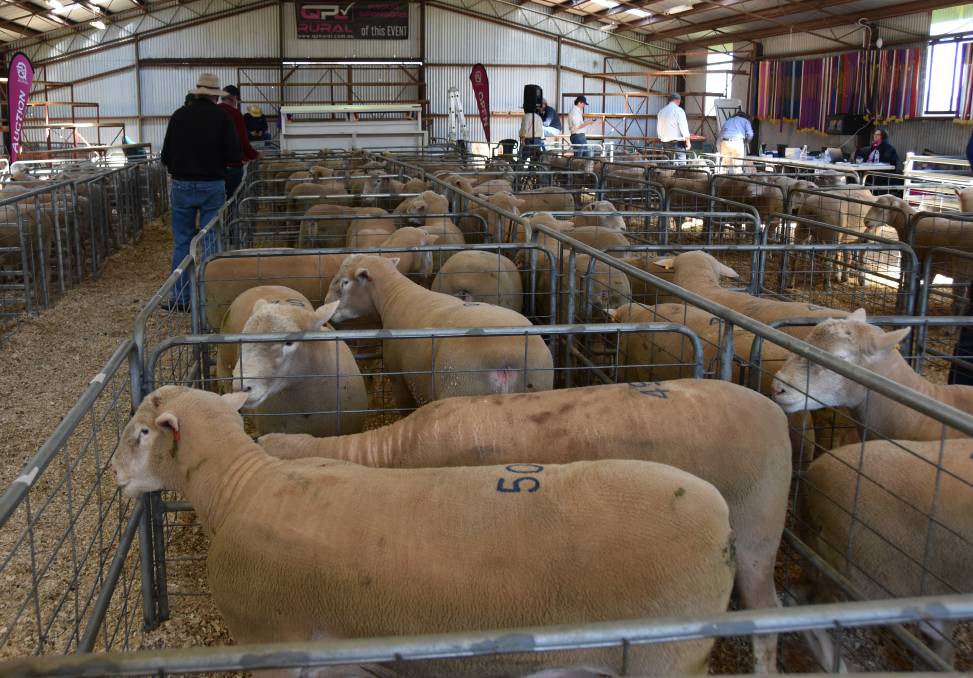 Mr Broomby said Shallum Holdings had been buying Tattykeel rams for about about three or four years.

He said the ram would be used in the commercial flock to help improve the quality of the terminal lambs which were being sold either over-the-hooks or at Hamilton saleyards. All up Shallum Holdings bought 12 rams for an average of $2817.

Phillip Mockler, Oakleigh Park Pastoral Company, Wimbledon, was also a volume buyer via AuctionsPlus taking five rams for a top of $2400 and average of $2260.

Stud principal Graham Gilmore said the family were happy with the sale results which were up on last year's sale. He said many of the buyers were repeat clients.

The sale was conducted by QPL Rural, Temora.