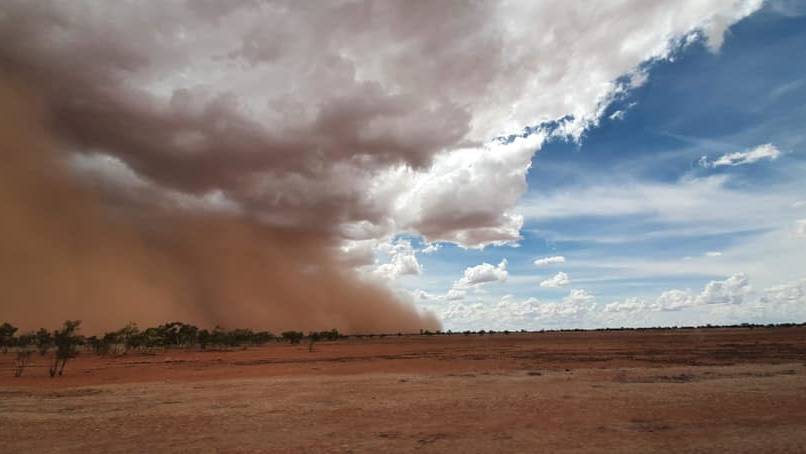 Tarsha Shaw captured this 'Bedourie' dust storm near Boulia at the start of the year.

It's a favourite pastime to claim that your experience is bigger and better than the next man's, and according to DustWatch, it's the same with dust storms.

It's a favourite pastime to claim that your experience is bigger and better than the next man's, and according to DustWatch, it's the same with dust storms.

Dustwatch's John Leys told the biennial Australian Rangelands Society conference in Longreach last week that although the 2009 storm that browned out Sydney for three days and caused $300 million in damage and loss of business had lots of attention, bragging rights went to the monster storms of 1944/5.

"People are always asking, is this the biggest we've ever had," he said.

And although Australia's climate is becoming more intense, he said citizens were suffering through less dust storms than they did half a century ago.

THE BIG QUESTION: Will dust storms become the new normal? 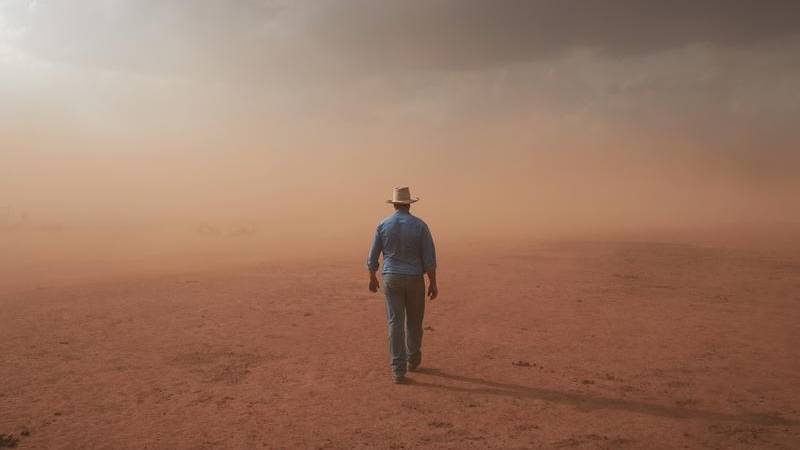 This image of a farmer in a dust storm in the central west of NSW won the 2021 National Photographic Portrait Prize.

In 1944/5, the period of our worst storms, blocks of land were smaller, there was no drought assistance, lots of rabbits, mass overgrazing of stock routes, and less people to manage the land.

Dr Leys founded DustWatch in 2002 with the aim of monitoring and reporting the causes of wind erosion and dust levels across eastern Australia.

The group is a collaborative project that works with universities, CSIRO, natural resource management agencies and the community to increase to knowledge on the causes and control of wind erosion.

Dr Leys spent time in his presentation explaining explaining how they managed inter-decadal monitoring, and matching up the different systems used in different decades.

He said dust storms were an indication of how we were looking after the land, and concluded that long-term observations were essential to making accurate comparisons.