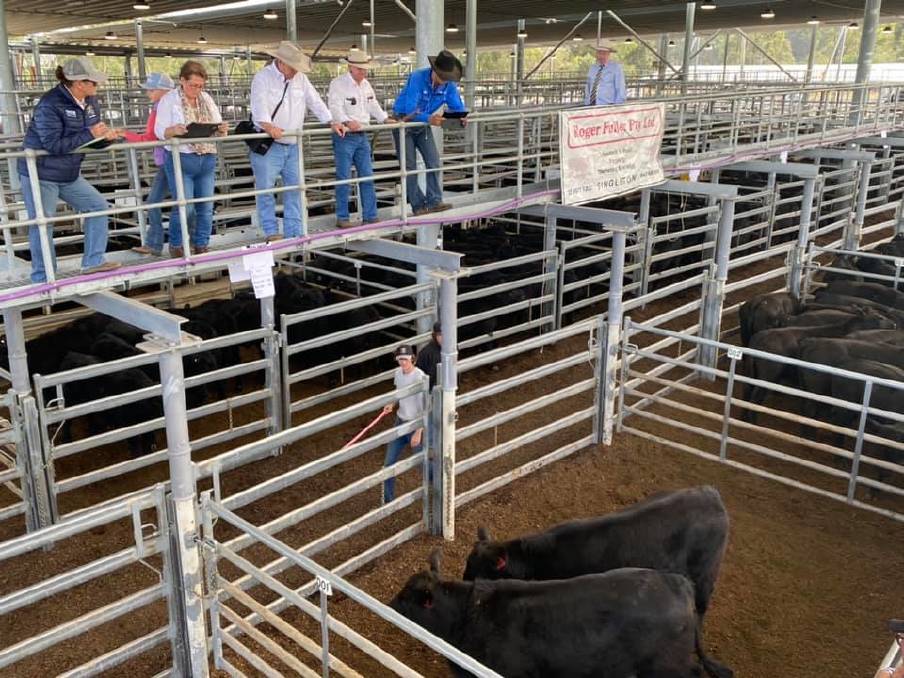 Despite a small yarding, prices remained strong at Singleton.

A LIMITED amount of young cattle on offer allowed for bulls to take the spotlight at the monthly Singleton store cattle sale.

A total yarding of about 200 cattle went up for bids at last Saturday's sale, of which the majority was cows with calves, as well as pregnancy-tested-in-calf (PTIC) cows.

However, a draft of about 25 bulls ranging in age from yearlings to four years old, offered by a local producer, was the highlight of the sale, reaching a high of $7200.

"It was a pretty strong sale, which was to be expected with the predicted rain, and it was a good quality yarding but it probably lacked a few top-quality females in my opinion," Mr Ede said.

"The majority of the yarding was cows and calves with some PTIC cows, there wasn't really any young cattle, which isn't surprising because we haven't really seen too much young cattle at the store sales recently.

"Hereford cows with black calves made $3100, while a lot of the middle run of well-framed cows with calves, which weren't in overly fat condition, made between $2300 and $2600."

"The PTIC section was pretty strong for a mixed yarding of older cows, which while they were in good condition, were still older cows," he said.

Rounding out the monthly sale was a very limited yarding of steers which sold from $1300 to $1790 for heavier steers weighing from 400-500kg.