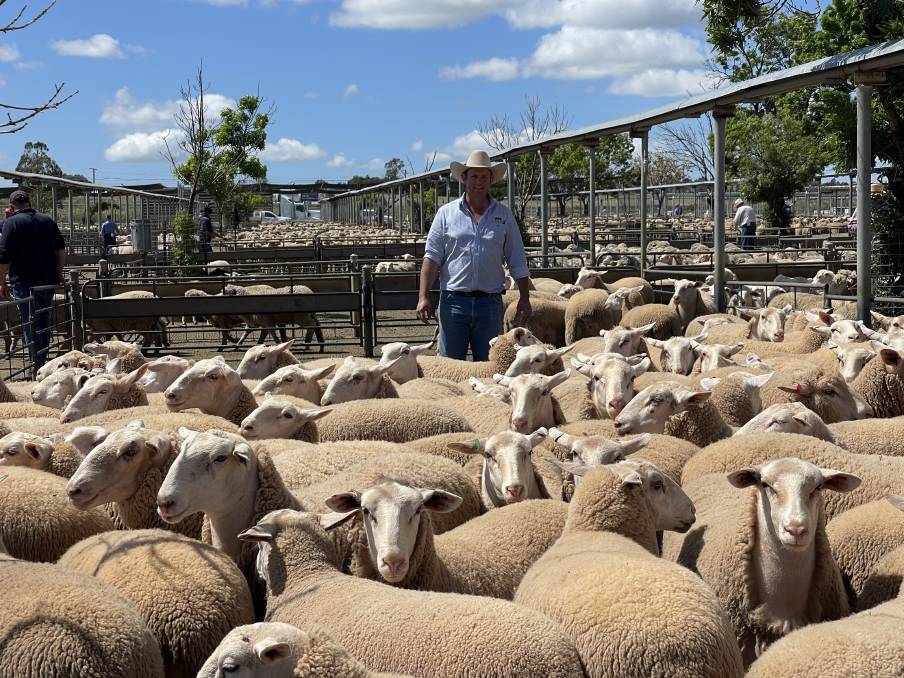 As lamb prices remain high, what's in store for the industry as we hit the final quarter of this year.

JUST as The Land hit the news stands last Thursday, a pen of heavy lambs were being knocked down for a record $399.2 a head at Wagga Wagga's prime lamb sale.

That's a new national record for lambs sold in the saleyards and was in contradiction to the sentiments in last week's column that the lamb market may be starting to soften.

The top lambs were in a pen of 77 snapped up by Fletcher International.

They were White Suffolks sold by the Douglas family, Cora-Lynn, Kikoira.

The 11- to 12-month-old lambs, which were the tail-end of the Douglas family's old season lambs, averaged an estimated 45 kilograms (carcase weight).

The family used to run Merino wethers, but it was about 20 years ago that Eric and Ashley Douglas decided to buy some Merino ewes and cross them with White Suffolk rams.

Later, they moved to a pure White Suffock flock.

As far as knocking down the Australian record for lambs, Mr Douglas said he was just as proud of how they perform every day.

"Selling in the yards, a lot of it is just luck with the prices on the day," he said.

Much of the projections are as expected - a flock that may reach 76 million head by 2023 (its largest point since 2007) and lamb prices to remain elevated for the remainder of the year and beyond, buoyed by demand from both restockers and feeders.

What wasn't published in the press release, but is just as interesting, was the confirmation that the big flush of new season lambs have been a bit delayed this year.

MLA market information analyst Ripley Atkinson said the peak in supply, when looking at the five-year average, was normally in the first week of December, but they expected the peak to be pushed back this year.

MLA market information manager Steve Bignell said heavier lambs were being held for longer and this would help push up average carcase weights and overall production volumes of lamb in the future.

"The above-average seasonal outlook and price premiums for trade and heavy weight lambs are providing producers an incentive to add additional kilos to animals, with average lamb carcase weights expected to be 24.8kg in 2021," he said.

The forecast is based on six analysts' suggestions on where the price will end up at the end of 2021. MLA took advice from NAB, Rabobank, AuctionsPlus, TEM, Mecardo and ABARES.

The upper end of pricing for the National Trade Lamb Indicator forecast was 891 cents a kilogram, while the lower end was 760c/kg.

That meant the middle was 836c/kg.

If the analysts are correct, it means the market will sit considerably higher at the end of this year than it did in the past few years.

That's not unexpected, as the market has been tracking significantly higher in the past six months when compared with the same time last year.