THE goal was to win the competition together and luck was certainly on their side on Tuesday, when Corey Evans and Simon Kinbacher topped the 2021 ALPA Queensland Young Auctioneers Competition.

Representing Aussie Land and Livestock at Kingaroy, 23-year-old Corey Evans claimed the state title ahead of the nine other competitors in the revised competition held at the Roma Saleyards.

"The competition is always so tough; there's only two spots and there's 10 blokes that are good enough to get there, so it comes with a bit of luck," he said.

His fifth year in the agency game and fourth year competing in the ALPA Young Auctioneers Competition, Mr Evans said he drew on previous experience in the competition to get him over the line this year. 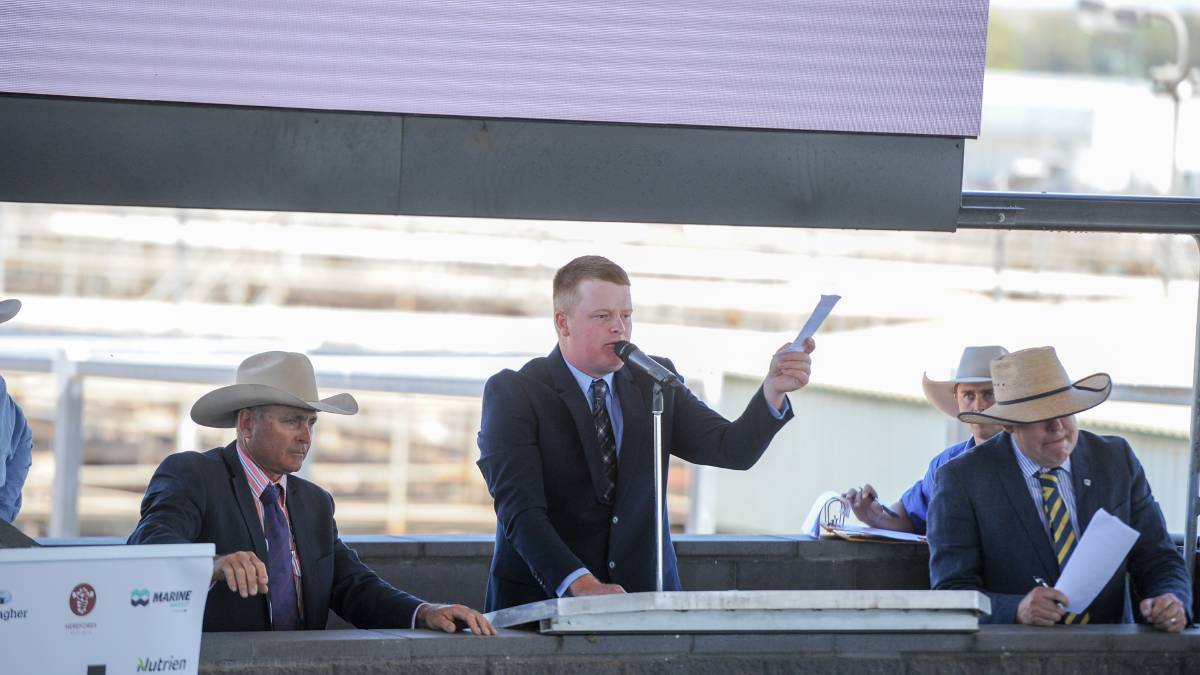 "I just let everything go with the flow and let it all happen, and didn't get too stressed out," he said.

"And I have to thank the company for the opportunities they give me."

Making the win all the sweeter was standing on the podium next to his best mate, Simon.

"It's pretty awesome, we first started out together in the industry, we were pretty good mates through school and I'm looking forward to going to Sydney with him," Mr Evans said.

For 22-year-old Simon Kinbacher, standing alongside Mr Evans was the "icing on the cake".

"That was pretty unreal," he said about hearing the result.

"We didn't care which way it was going to be, as long as we were first and second, that was the goal so it's good."

This year was "third time lucky" for Mr Kinbacher, who represents Elders Rockhampton, and he too drew on past performances at the rail in the lead-up to this year's attempt.

"I just worked on my nerves a bit more and trying not to overthink it this time," he said.

"I didn't write much down and just tried to get up there and sell, it's pretty straightforward.

"I've never been happy with the performance I've done the past two years, each time I've sort of buggered something up and you knew you didn't deserve first or second so... I came back with a bit more determination [this year]."

Asked whether he was happy with this year's performance, or if he thought he'd 'buggered something up', Mr Kinbacher said "well, I'm certainly not going to change it now".

Next stop for the pair is the national competition at the Sydney Royal Show in 2022.