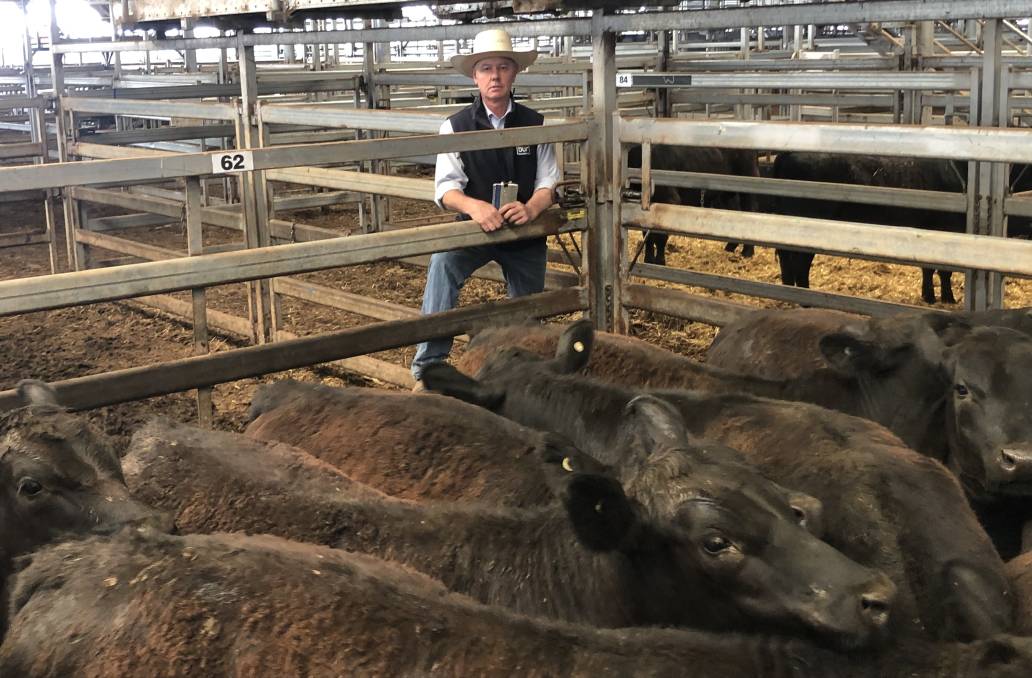 There was excited interest at the NVLX Wodonga sale today when very good lines of females with calves went under the hammer, and the demand for stock from feedlots and restockers did not stop once the pens of steers came up for offer.

With 1400 head yarded, the majority of the cattle were in forward store condition and values reflected that extra bit of weight and breeding.

There were also feature lines of forward store yearling and weaner steers on offer, including Herefords from R and GF Zauner Pty Ltd, Bungil, Victoria.

Unjoined heifers made $2620 when two Herefords weighing 551kg were offered by R and GF Zauner Pty Ltd, Bungil, Vic: and cows with calves topped at $4410 for eight rejoined Limousin's.

Buyers from local districts competed with restockers from Holbrook and Finley, Tatura, and Wangaratta, Victoria, while feedlot interests were particularly active.