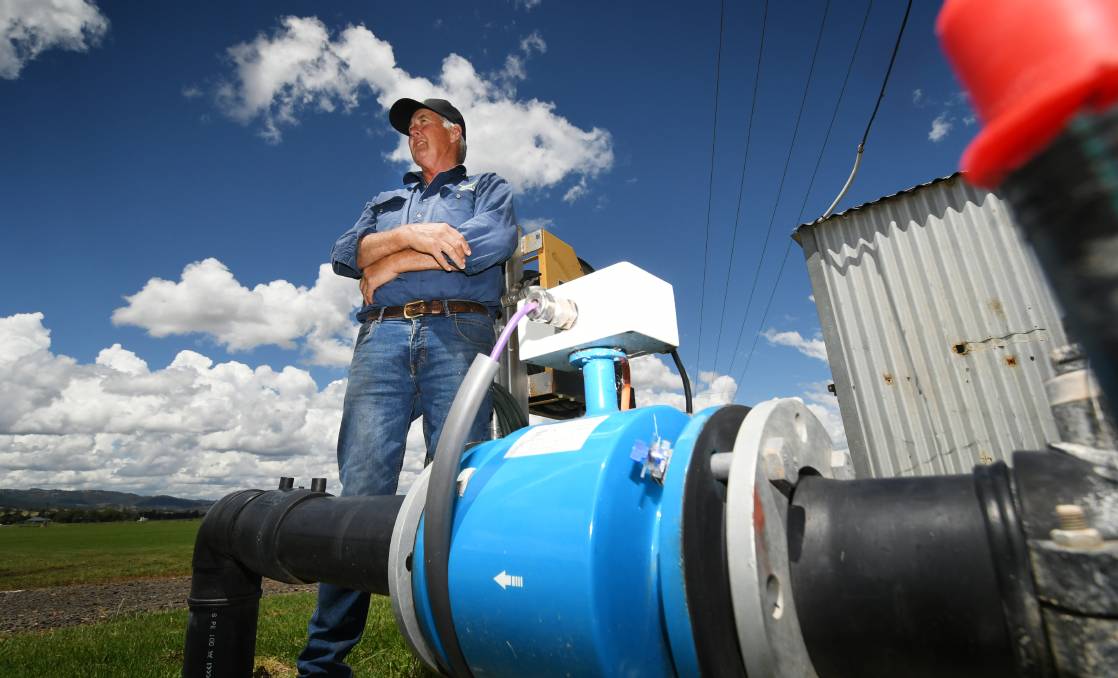 And, its not just landowners that will feel the pinch, as Tamworth Regional Council faces up to $390,000 in replacement costs if it's unable to get an exemption for 15 of its meters that are already more accurate than those on the state government approved list.

The updated non-urban water metering policy was a commitment the state government made in 2017 in response to the independent investigation into NSW water management and compliance.

The idea is to improve the standard and coverage of water meters across the state to make sure everyone does the right thing.

But, Tamworth irrigator James Treloar said the conditions and costs are onerous for farmers who have just started to recover from drought. "We actually have to pay for someone to put it in and approve it," he said.

"There's a very limited number of people who can do that around Tamworth - not only is it difficult to get done but there's an absolute monopoly and it's frightening the cost of it."

Tamworth council will have to spend at least $140,000 to upgrade meters at 28 groundwater sites, and a further $250,000 if the Department of Primary Industry and Environment denies its request for an exemption on 15 others.

Councillor Russell Webb said the north west region is one of the first to be impacted, with all meters across the area to be replaced by December 1.

"Where I find this is coming from talking to people from WaterNSW, is they were trying to put better metering systems in to catch out people further west than us who they suggest may not be playing by the rules," he said.

"We now have to fund all of this out of ratepayers' money because of what's happening at a state government level with their new rules and regulations."